I wrote a play last year, and this Saturday it will get its world premiere in America, in my home state of California. It’s called Babel, and was loosely inspired by what I imagined was the aftermath of the Tower of Babel story. 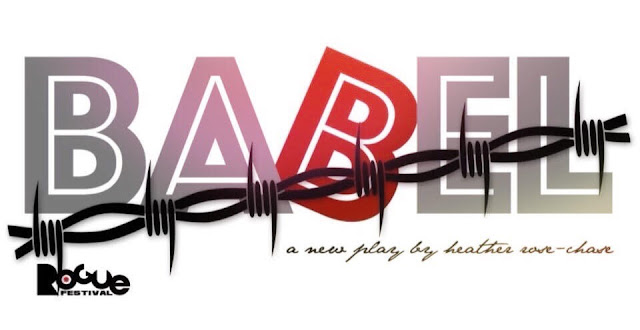 It seems we’re in an age where we as a human race are more deeply divided than at any other time in my life. This divide feels so hopeless, and it’s caused me significant anxiety. It feels like each day brings a new polarizing event which shuts down any potential for communication. Instead people dig in even deeper to their convictions, often with a great deal of pride that their side is far superior.

Members of my own family stopped speaking to each other with love and kindness, and then stopped talking to each other at all, turning instead to the echo chamber of people who think exactly as they do for support and ammunition. I had what can only be described as a panic attack and spent four days crying in my pajamas in bed after watching people I love and admire hurl insults and hatred toward one another online. Friends of mine on both sides of any given issue “unfriended” me on Facebook for my unwillingness to draw a hard line on their side instead of continuing my lifelong passion of being a force for love above all else. Does it matter if we're right if we alienate people we love (and who love us), forgetting to show any kindness at all, speaking with vile hatred to strangers on the internet, telling them how wrong wrong WRONG they are?

I had a light-bulb moment many months ago while in the midst of despair over the current state of affairs. I was talking with a friend I’ve known for at least fifteen years. Her background is very different than mine. Her outlook on life, her politics, all very different from mine. But she’s also a mama who loves her kids. She was very vocal in her support for something I was quite opposed to (but far less vocal about). I couldn’t understand how she could think so differently from me, but our fifteen years of friendship comes with a deep respect and love for each other, and I wasn’t about to say 'so long' to our shared history. I had a conversation with her about what she was supporting, and asked her about it in the gentlest and most non-confrontational way I could. Her reasoning? She wants a better future for her family. For her kids. For her future grandchildren and generations to come. Which is a good thing, a noble thing. You can't fault that in any way.

But here’s the kicker: my reason for thinking the exact opposite of her was because I want exactly the same thing.

The fact that at the core our desires and dreams were identical, somewhat blew my mind. Our paths to get there were (and are) very different, and honestly I can't clearly see how we can both get there the way things are going. It gave me a lot to think about. It gave me a little spark of hope that maybe there is a bridge, even if it's not the sturdiest or prettiest, which could somehow bring people together if we could all step far enough back from the fight for just a minute.

My play doesn’t offer any concrete solutions. It's not a comedy, it likely won't make people feel fluffy and light by the ending. But I do hope the distance from the stage to the front row is just enough space for people to see the beautiful potential in coming together instead of continuing as we are.

It has a limited five show run over two weekends, and one night is sold out with a second almost full. If you're interested in tickets and are somewhere near the Central Valley of California, click here for more information.
By Heather Rose-Chase at March 01, 2018