There are three big events on the horizon! Star Wars, my birthday, and Christmas! 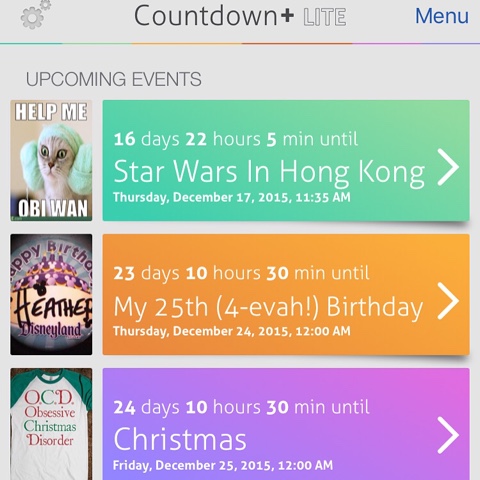 Star Wars episode VII won't actually release in China until the end of January 2016. There is no way we would be able to go six weeks without having the film spoiled for us. So our big family Christmas gift this year is to pluck the boys from school (the don't get a break for Christmas) and fly down to Hong Kong where we have tickets to see it the day it opens there, December 17. Fun fact, it doesn't open in America until December 18. And fun-er fact, we're a day ahead of America here, so it's actually like we get to see it two days before America. Do I sound a little braggy? Yeah. But let me. Most every film that comes to China arrives 4-24 weeks later than the rest of the world, if at all. So please indulge me my excitement of being able to see our most highly anticipated film since Les Miserables early. And actually, we did the same thing when Les Mis came out, we flew down to see it in Hong Kong for Christmas of 2012. It didn't arrive in Shanghai until July of 2013!
It's not all about Star Wars though, tonight in our creative group, The Playground, we made Advent calendars to countdown to Christmas. 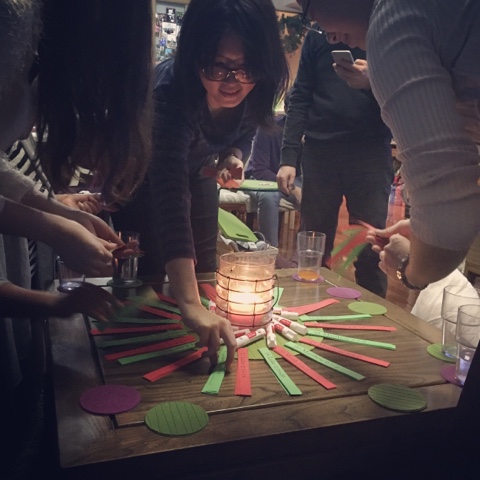 So excited that it's finally December again!
By Heather Rose-Chase at December 01, 2015 No comments: