I love pumpkin everything. But the only pumpkin anything you can get in Shanghai would be pumpkin soup (which I love and the rest of the family doesn't care for). There was that one time I ordered pumpkin cheesecake, and got chunks of pumpkin pulp mixed into a savory cheese mixture (after one bite it was disposed of). I did find some decorative pumpkins in the store yesterday, and joked that this was our urban pumpkin patch. 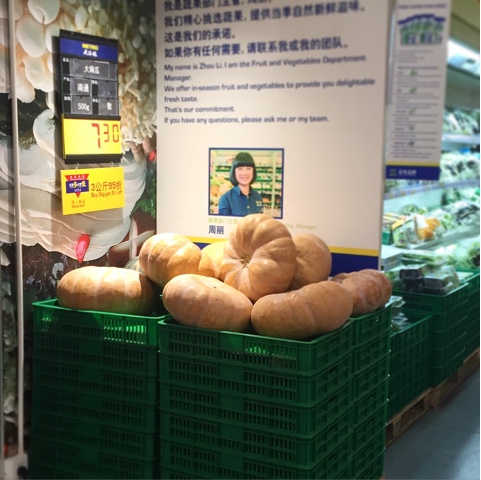 At least the pomelos (a citrus fruit common to south east Asia) were getting into the spirit of this time of year: 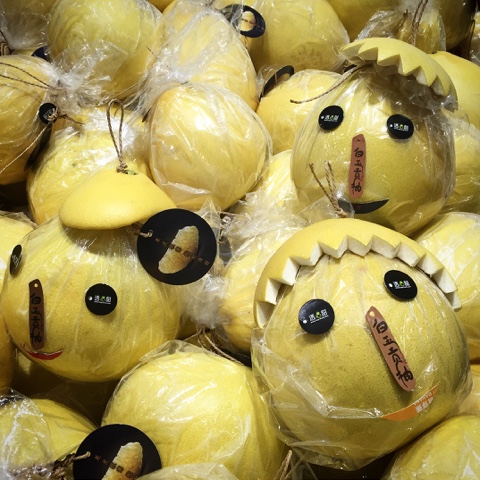 They look like little scarecrows!
All of you Americans reading this, please go have a pumpkin spice doughnut from Krispy Kreme followed by a pumpkin spice latte from Starbucks in my honor and remember how lucky you are to have never had the combo of cheddar and pumpkin pulp anywhere near your tastebuds!
By Heather Rose-Chase at October 10, 2015 1 comment:

There's this wonderful app called Timehop which shows you everything you've posted on any social media site on this day in the past. It's a little bittersweet and a whole lot of awesome.

Some days there's nothing to see... for whatever reason there was nothing at all worth posting about on a particular day. And other days it's filled with photos and status updates and links and all sorts of things that show a little slice of my public history. Here's today, screen grabs from my phone in the Timehop app: 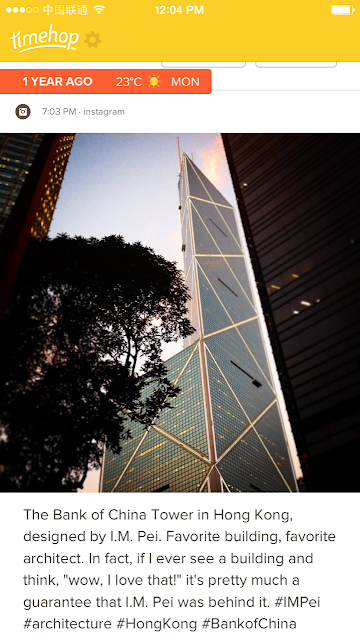 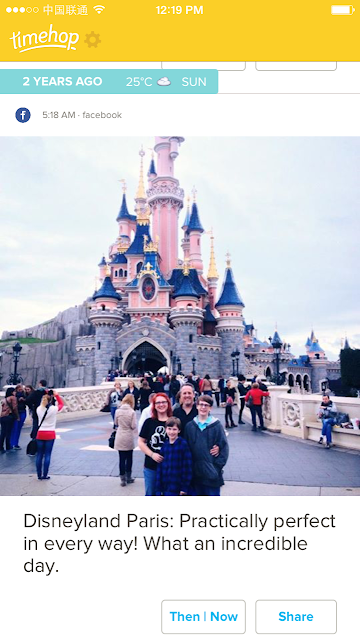 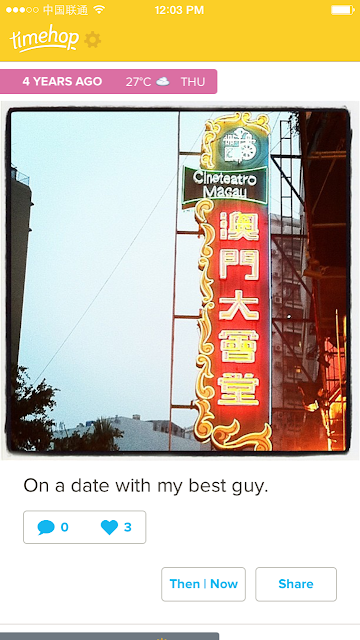 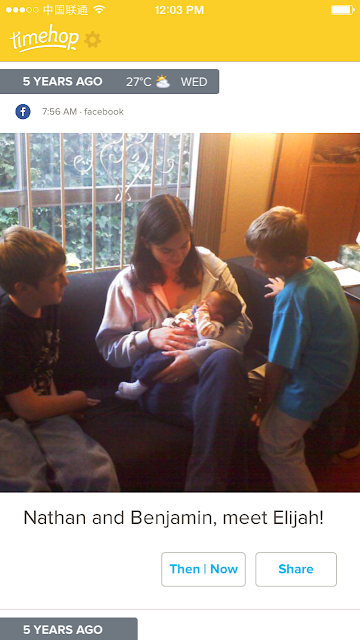 Pretty cool, right? And funny that on this day in the last five years I was actually in five different countries... Five years ago-America, four years ago-Macau, three years ago-Shanghai (no photo, just a status update), two years ago-France, and one year ago-Hong Kong. The only insight I can give you about why this particular day has been filled with so many countries would be that the first week of October is "Golden Week" for China, a week of public holidays where everyone is off work and school and it doesn't count against your accrued vacation time. So many people spend this week traveling. Except us, this year. We're broke having just paid the boys' tuition. But a week of just hanging out at home is good too.

What I really want to draw your attention to in this post is what happened two years ago today. The second photo above. Here's the full photo: 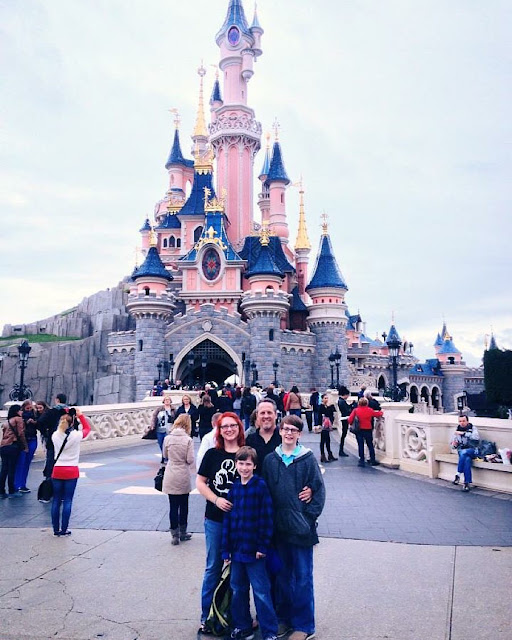 2013 was our Year of The Mouse, where we went to all the Disney theme parks, world wide, in one year. When Michael, Nathan, and I stepped into Disneyland Paris (seen above), the three of us could claim we'd been to all of the Parks. But Ben had to wait a few more months until we went to Japan and took him to Tokyo Disneyland and Tokyo DisneySea, as he'd not yet been born when we lived in Japan and so couldn't say he'd been there.

But why I'm writing this post, and why I think this app is so bittersweet, is that this week, two years ago, was the last time that Nathan, my firstborn child, was shorter than me. We came back home to Shanghai from a week in Paris and London, and I noticed that when I stood eye to eye with Nathan, his eyes were actually looking down at me. We measured him, and sure enough, he was taller than me.

I always believed it was Pixie Dust and Disney magic which kept you from growing up. But I guess it does nothing to keep you from growing taller. Now, Nathan is six feet tall, and even looks down at his Dad. He's the tallest member of the Chase side of the family, and on the Rose side only my "little" brother and two cousins are taller than him. Nathan turns 15 next month, and he's definitely not done growing yet. Ben is creeping up there, but to walk in Nathan's footsteps and overtake me by the time he turns 13, he'll have to grow three inches in the next nine months. He says he's up the task. Cheeky.