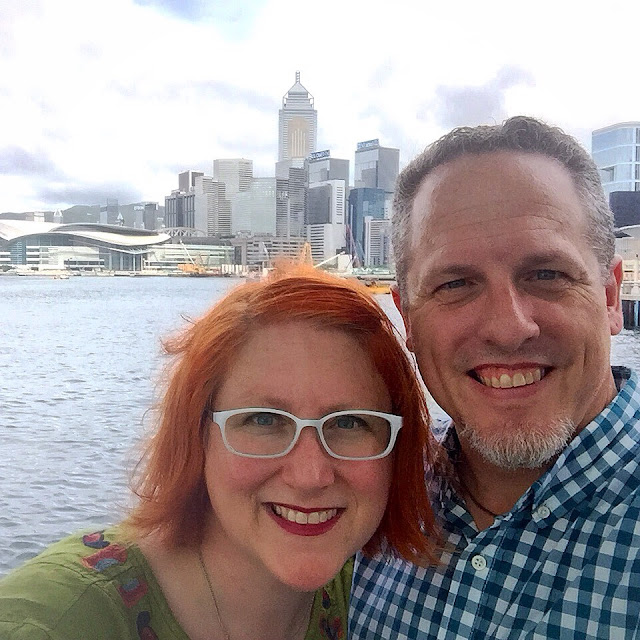 Email ThisBlogThis!Share to TwitterShare to FacebookShare to Pinterest
Labels: Anniversary 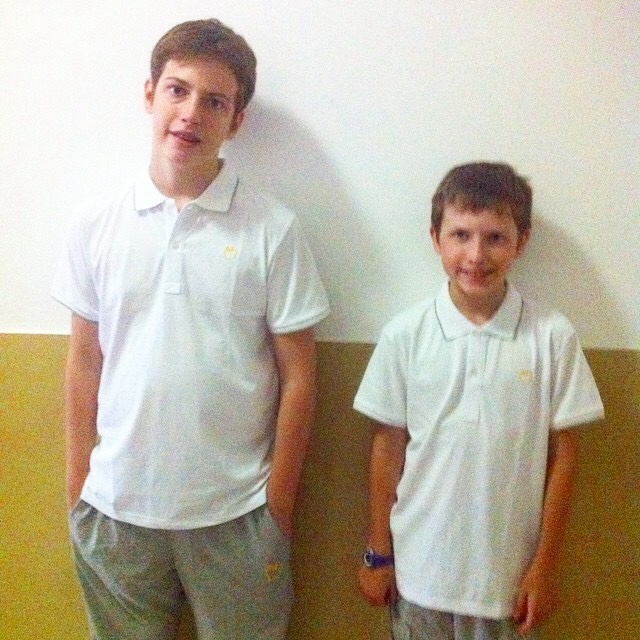 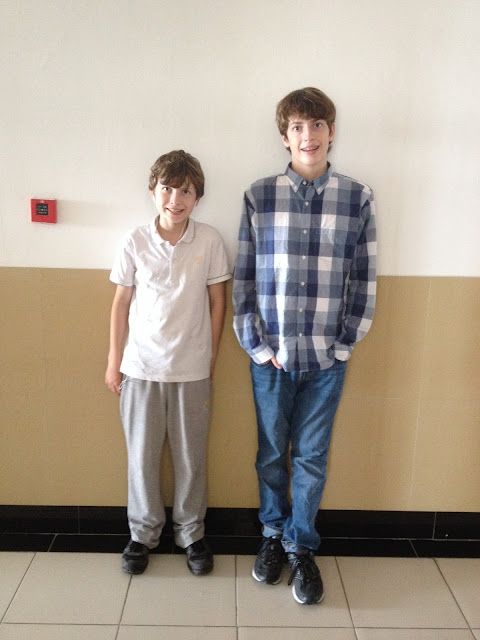 Nathan refused to slip back on his PE uniform so I could have that beautiful symmetry I so crave... But it's the same wall in their dorms and you can see how much they've grown!
And just because this is China and that's the one and only explanation I can think of for this, I present their school's Christmas tree and fully decorated lobby: 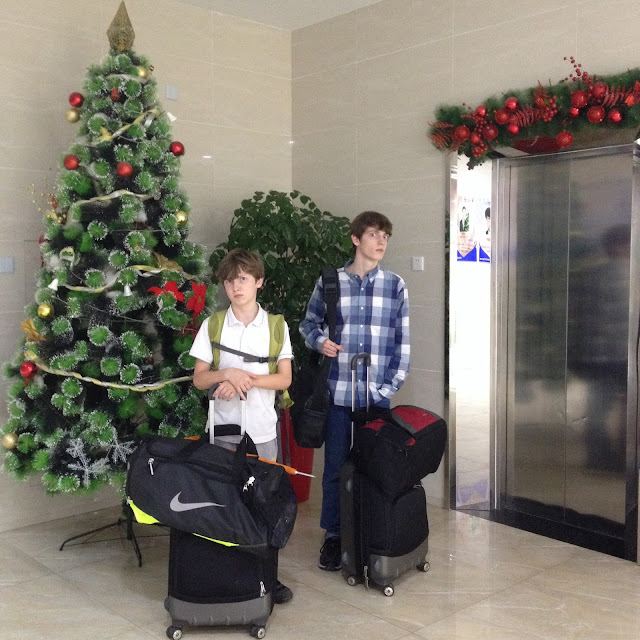 I guess summer vacation is the best gift a student or teacher could ask for, and Christmas is a gift giving holiday, so... Deck the halls? Whatever, I love it. Happy Summer Vacation and Merry Christmas!
By Heather Rose-Chase at June 19, 2015 1 comment:

The call to prayer rings out starting at 5:00 a.m., and then several more times throughout the day. I thought it might bother or disturb me somehow, because there is no way to escape the loud broadcast.  But as a person of faith myself, after three years of living in China, officially an atheistic country, I find surprise in the comfort of being surround by people so filled with strong personal beliefs that they stop everything to pause and pray six times a day. Is it because they want to? Or because they must? I can't answer that the same way I can't answer why people who share my own faith do some pretty rotten things in the name of "Christianity." 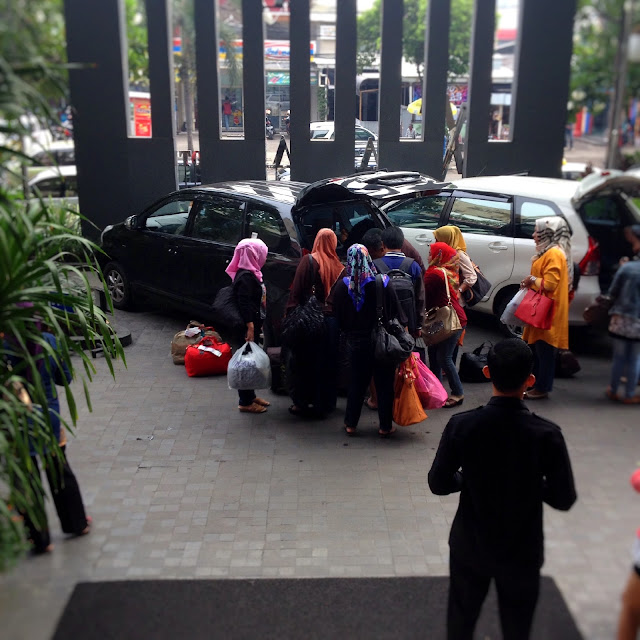 I was told the traffic here is SO BAD. That it will make me want to cry. And yeah, it's nuts, full stop. However, there is order to it, which cannot be said about the traffic in Shanghai. Yesterday I witnessed people standing on the side of the road, holding out their hands to stop traffic so they can cross the street or to allow a car to pull into oncoming traffic. And, to my incredible surprise, the cars stopped. Vehicles yielding to humans??? What a novel idea! 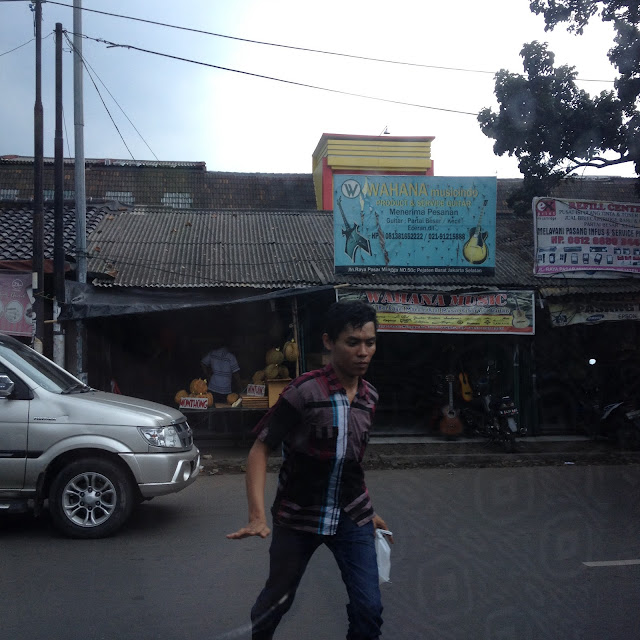 I'm a big supporter and advocate of art in public spaces. What I've loved so much about Jakarta so far are the murals that cover buildings and alleys and interior walls. It makes me so happy. 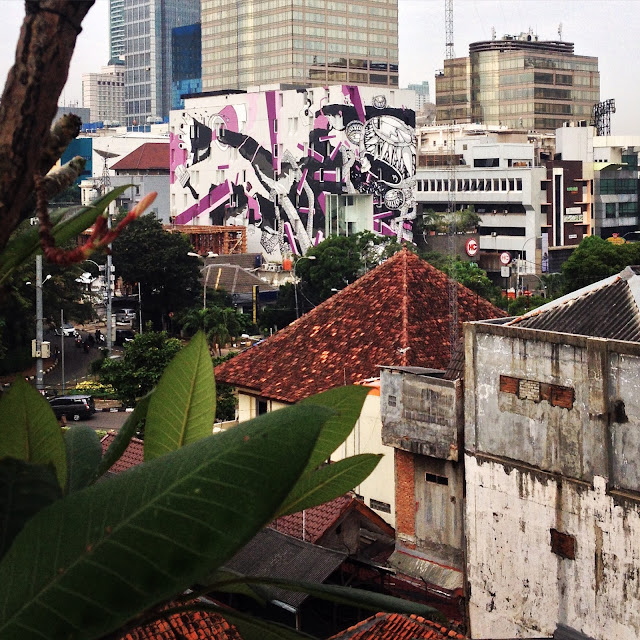 And finally, we'd heard there were A&W Root Beer places here... Fortunately for us, they are everywhere. And we are happy to indulge as frequently as we can. It's been 15+ years since I've had a float at the A&W Rootbeer where my parents used to live on California's Central Coast. The modern float is as good as the one in my memory! 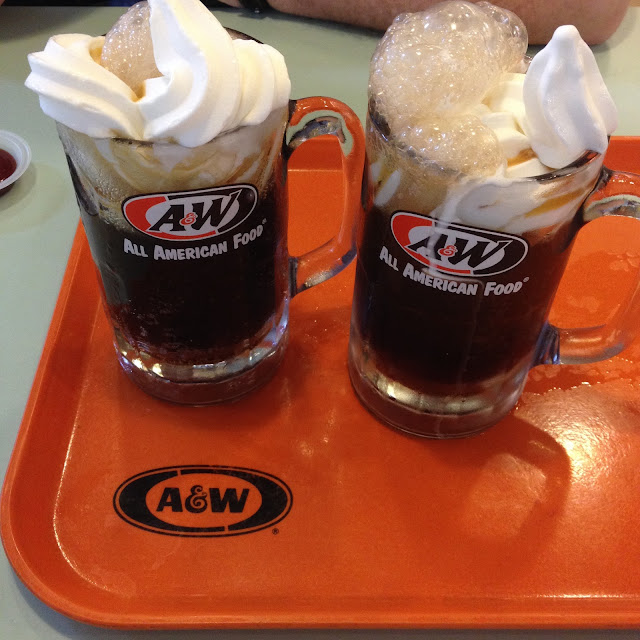 Today we're heading south of Jakarta to an area in the mountainous (volcanic) region of Lido. More to come soon!
By Heather Rose-Chase at June 11, 2015 1 comment: 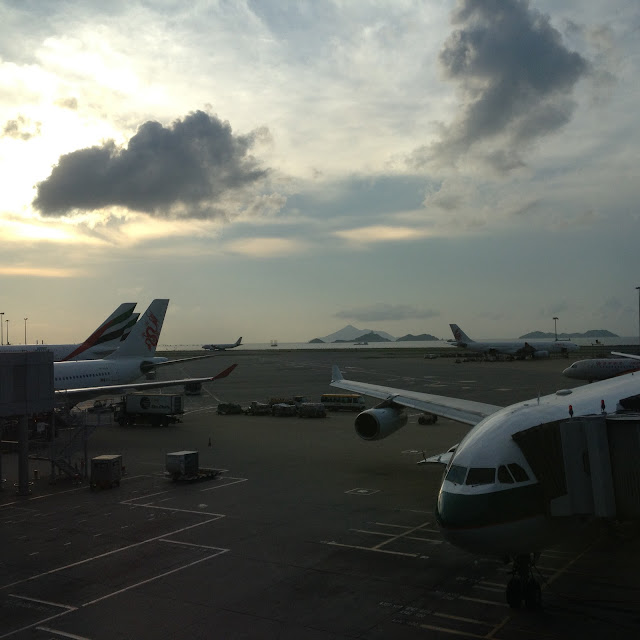 Michael and I are on a quick trip to Indonesia (via Hong Kong, seen above) this week. The kids are back home in Shanghai. This is the third time in their lives where they have been in one country and I've been in another. Good practice, I suppose, for the day when they're off to university in a different country on a different continent. 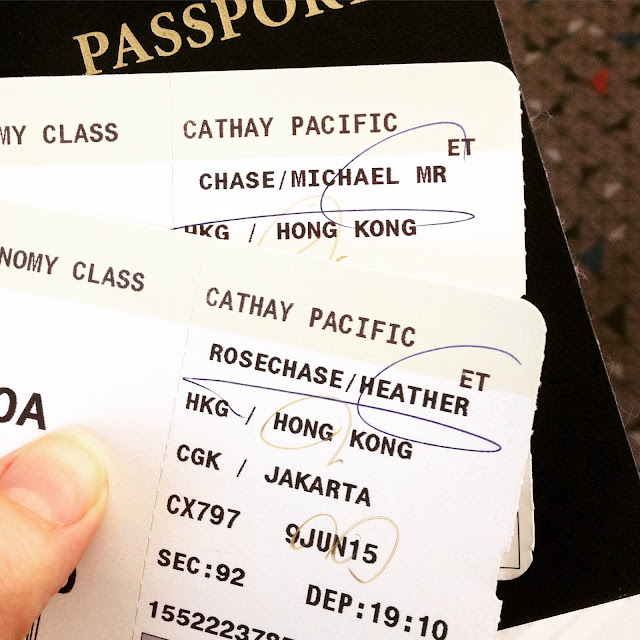 Looking forward to a little exploration in a new-to-us country! 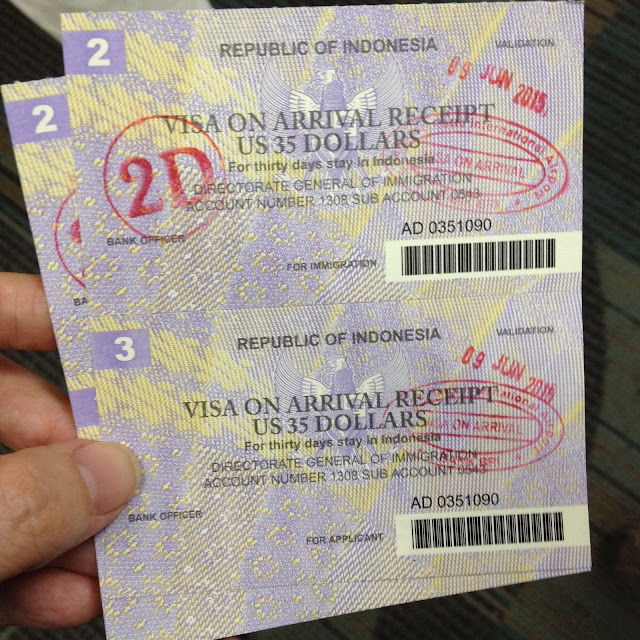 It is one hour behind Shanghai, so it's almost like experiencing falling back in Daylight Savings Time. One thing I do not miss about living in America! More photos to come soon!
By Heather Rose-Chase at June 10, 2015 No comments: