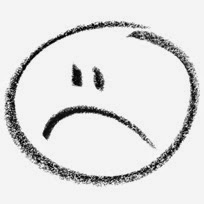 Sorry guys. We had the most fabulous time in America for the month of February, and then our return to Shanghai was met with some of the most challenging days, which stretched into weeks, and ended up being months. Hello May, how you doing?

Shang-Low is what everyone calls those days here in Shanghai which are not Shang-high days. And we sure have had our share recently. From personal loss I won't go into here, the devastating discovery of a young family member's cancer, career frustration, a frightening health scare in my own son, to missing the people we've only been able to see twice in the last four years, it was just a constant stream of things causing pain and sorrow. So many that we were honestly ready to pack it up and leave. But leaving felt like it would be such a failure. We wouldn't be here to see the opening of the project that has kept us here the last three years. We'd be leaving at a low point instead of going out on top. It was a weird moment to be in, especially because we did have a significant amount of choice in the matter, with Michael's first contract coming to a close and a second one not yet signed and other opportunities in other countries calling on a daily basis trying to woo him away. It was tough, but we called on people who know and love us for some wise counsel and decided to stick it out. I think just having that commitment in place helped lighten the dark place we've been dwelling in.

Four years ago I was in America prepping for our move to Macau. I had a local access cable channel on the television that played full concerts of random musical acts which kept me company while I packed late into the night. I was feeling so much turmoil, as the Macau job started with two weeks notice and Michael had already boarded a plane, leaving the boys and I back in America to finish out the school year before joining him abroad. It was hard. But a concert came on that channel which stopped me from packing. There was a guy in an outdoor amphitheater, standing in his bare feet on an oriental rug, doing an acoustic set. I watched the whole hour long video. I'd never before heard of Jason Mraz, but wow, did his lyrics fill me with so much peace and hope for the future. As soon as Michael and I were reunited, I made him fill my iPod with all of his songs, which were on repeat for some time. 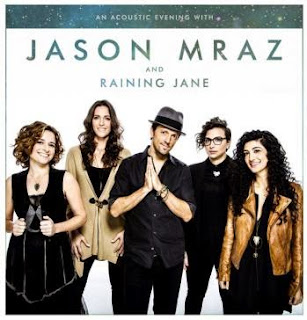 In late March of this year, I found out Jason Mraz was going to be playing here in Shanghai on April 1st. It took me 60 seconds to book tickets immediately after that discovery. It started out a pretty dreary date night for Michael and I. We were both feeling pretty blue and run down. But music is medicine for a weary soul, so we went with open hearts.

The concert did not disappoint. From the opening act, a girl band called Raining Jane which had us turning to each other to say, "I bet they're from Los Angeles," (they are, they formed at UCLA), to the final song, it was like going to church and having a religious experience. Every lyric of every song on the new album was like a message speaking into our exact situation. I kept wanting to shout out AMEN! Even the name of the concert and album Yes, was a message waiting for us to receive it. You better believe this new album is also on repeat around here these days.

My favorite song was 3 Things, and actual tears fell down my cheeks as Jason sang the lyrics he wrote about a tough time in his own life. The opening lyric?  There are three things I do when my life falls apart. Number one I cry my eyes out and dry up my heart... Yes, yes, and more yes. Number two is saying thank you to the experiences that got you to this point, and then number three is gracefully letting the door close on that chapter. With a final note to try and try again.

It's worth a listen, and a buy if you need a boost today (video of a live performance embedded below).


I want to say that the evening was a turning point and that everything was absolutely fine after that. In some ways it was, we had hope in a previously hopeless space. But the thing about dark periods in life is that you have to walk through them. You can't easily bypass them. I feel like things are looking up. And even if they aren't, the beautiful thing is that just because I can't see it with my own eyes, it doesn't mean the future isn't bright. The sun still rises each and every day, yes? Yes. 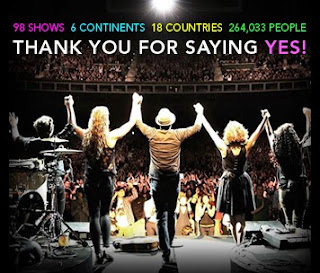