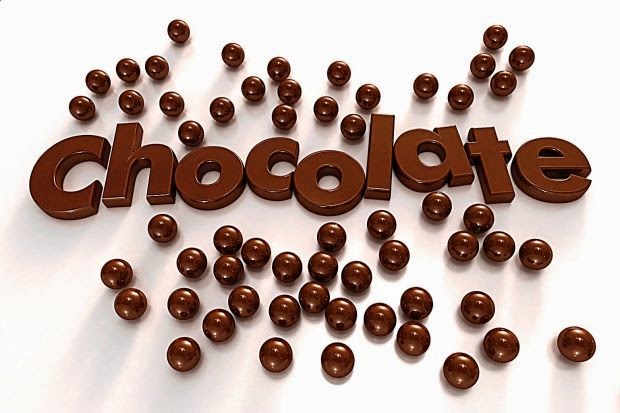 I can't have chocolate. Did you know that? Eating it, or simply smelling it, triggers horrible migraines which can last up to three days. I only discovered this about the time I was pregnant with Benjamin and got serious about trying to figure out what might be triggering the migraines. It was crazy how cutting out the chocolate cut down significantly the migraines which have been a steady part of my life since childhood.

My first migraine came with a smell of burning rubber. For two days I would sniff the air and ask other people if they could smell what to me was the noxious scent of someone peeling out in their car on the street. No one could. Then the headache hit and it was so bad I threw up several times. Sometimes I also smell oranges. I don't smell burnt rubber before a migraine anymore, but I'm still suspicious when I smell citrus in a place where there isn't something obvious to give off the scent. If I don't have a phantom smell to warn me of the impending pain bomb about to explode, I get these lovely little lights and dark spots around the periphery of my vision. They scare me worse that the smell of oranges, because they mean the worst kind of migraine is about to hit.

I've had a variety of medications over the years to keep the migraines at bay, some of them had side effects that were worse than the migraine itself. I finally found something that works (Maxalt-MLT, a prescription tablet which is dissolved on the tongue and provides immediate relief if I use it at the first twinge of pain or when I start to see those lights). Unfortunately, it's expensive and not available in Asia. But it allows me to breathe a little more freely, be a little less cautious. 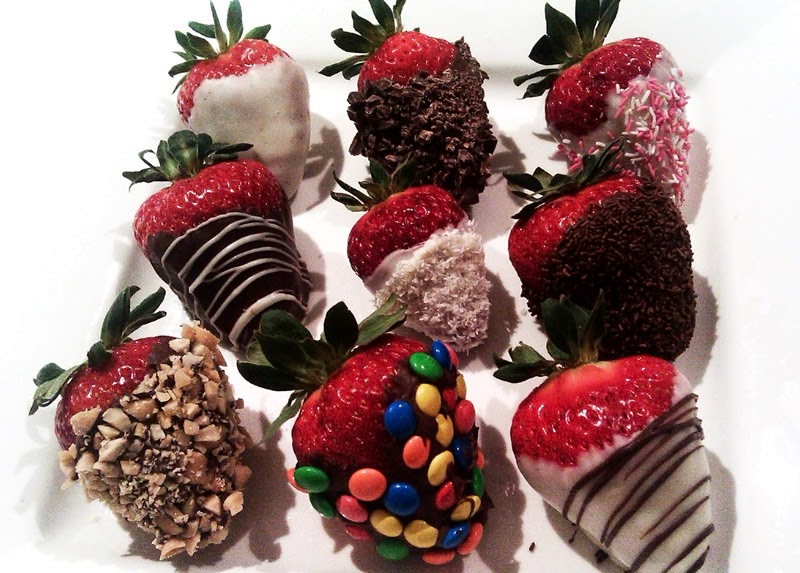 Four years ago when we first moved to Macau, I would still occasionally consume chocolate. I would only do it if my stomach was already full and I had no trace of a headache to begin with. If that was the case, I'd only get a migraine 25% of the time. I thought those were odds that made the possible pain worth it so that I could still eat chocolate. But then I realized my supply of the Maxalt was dwindling. Not having health insurance in America means no way of getting any more when it runs out. And beyond that, even with a 75% chance of no migraine at all, eating chocolate was self-destructive behavior. So, I made a choice to not eat any more chocolate. None at all.

Two things happened. First, the migraines fell from maybe once every four weeks to once every season. And second, every time I made the choice to not consume chocolate when it was offered to me, I felt stronger and more powerful. Because it does take self control to not consume something which tastes good, even if it does cause pain. Now I have no temptation at all to eat chocolate. And the one time I did in the last year (before Christmas, taking a huge swig of a mocha coffee that I thought was caramel coffee drink), the resulting migraine was so severe it took two days in a dark room with bouts of vomiting every few hours to get over. 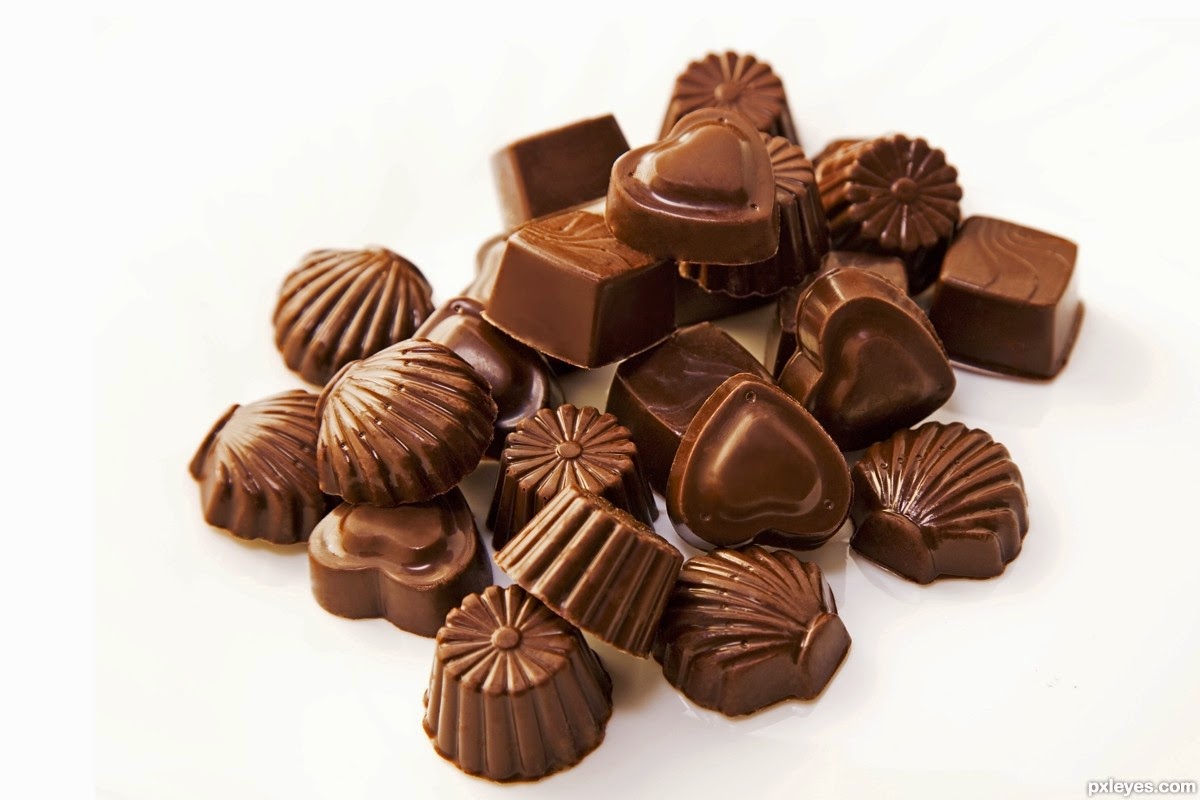 I've spread the word, of course. In our year of the dinner party, guests would frequently ask what they can bring, and I'd recommend dessert, but no chocolate please. Through that, I found another friend who also cannot have chocolate, and he's my dessert buddy, sharing recipes for sweet treats that we can actually eat (PS, here's a winner). Unfortunately though, it's an easy thing to forget. I can't tell you how many times in just the last year I was gifted with a box of chocolates. For a job well done, for my birthday, for Christmas. Chocolate is an easy gift, which most everyone appreciates. Michael, who has no problem with it, enjoys benefiting from other people's forgetfulness.

I always remind myself that it's the thought that counts. Sadly, some of the worst offenders are people who I count as closest friends and even some family members. In the month of January alone, I've been invited to dine at someone's house three times where the dessert they offered was chocolate based. All the people in question are people who know I can't eat it. Man, that is hard. Because while I've stopped consuming chocolate for my own good, my deep desire for desserts and sweets and sugar has not waned one bit, and as I mentioned above, even the scent of chocolate can trigger the pain. 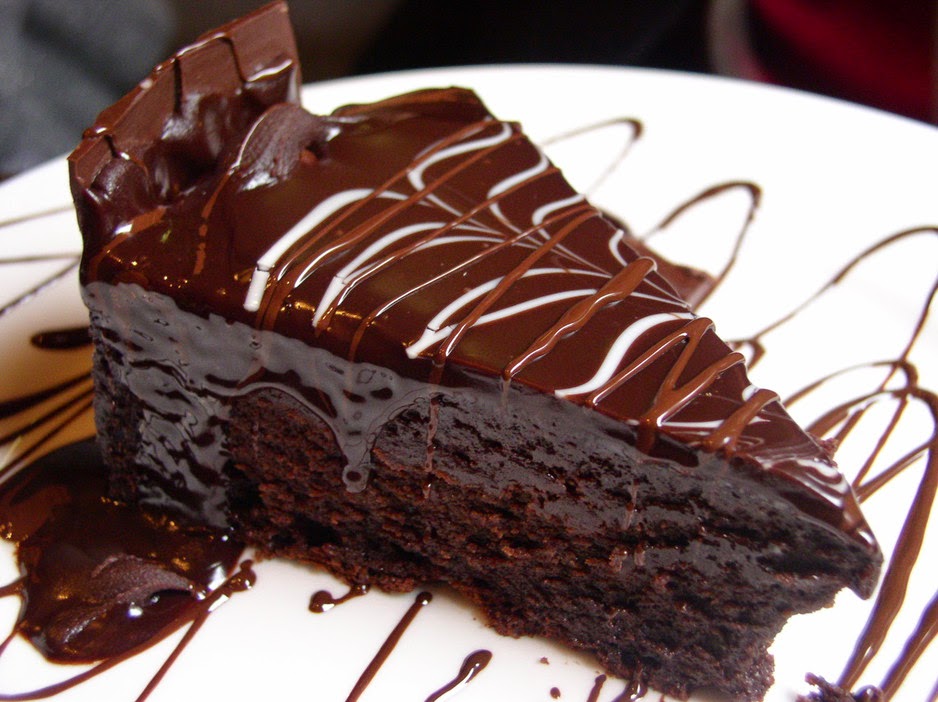 So what to do? I'm an adult, not a whiny toddler, so I shrug it off. I have a good memory for other people's likes and dislikes, allergies and idiosyncrasies, but that is not true of everyone else. I look at the accounts of schools who are completely banning peanut based products (and even some who ban students from consuming them at home before school) because a tiny percentage of people are allergic (in 2008 it was 1.4% of the population), and think that's absolutely crazy. To bend policy for an entire school because there are 3-4 students who are allergic? Why must the burden of non-consumption fall on the community if there's only a handful who can't consume? So it is with me and chocolate. Though admittedly, a migraine is not life threatening the way anaphylactic shock can be. Even if in the worst stage of pain I have been known to lay in the dark on the cool bathroom floor, trying not to vomit any more, praying to die.

But let me just say this... there are a few spectacular people in my life who remember that I can't have chocolate, and go out of their way to still make me feel loved. My friends Riza and Lirie (the ones we went horseback riding with) recently went to the Ice Festival up in Harbin, and brought back a wide variety of Russian chocolates for my group of friends. Having spent a summer in Russia (or what was then the USSR), I know that Russian chocolate is crazy good. Riza remembered that I can't have chocolate, and she brought me back a set of sweet nesting Matryoskha Dolls instead. 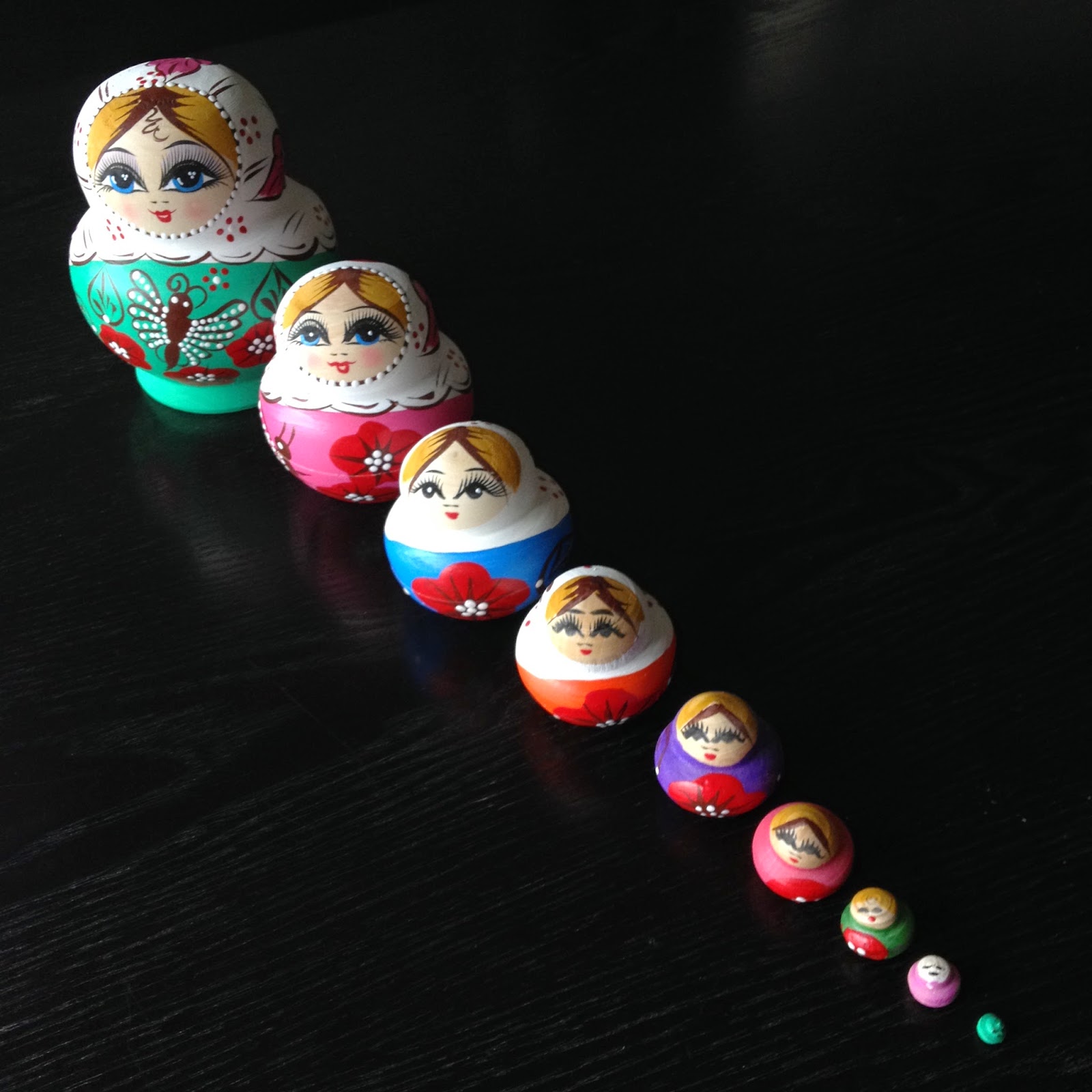 Considering how badly I wanted a set back when I was actually in Russia, but never got one, and how I've always admired (coveted?) the sets my friends have, she could never have known how deeply meaningful this would be to me. Not just to be remembered in the midst of a chocolate buying frenzy (likely a more economical souvenir than a set of dolls to bring back from her holiday), but to have her go out of her way to pick something special out that I actually could enjoy. I'm humbled, especially in a month where I could have grumbled about the abundance of desserts I couldn't have everywhere I've gone.

We don't need dessert, right? We don't actually need chocolate or sweets. We'll live. I'll live, you'll live. But we all need to be seen, to feel valued, to be remembered. Thank you Riza, for the amazing gift. I'm so grateful.