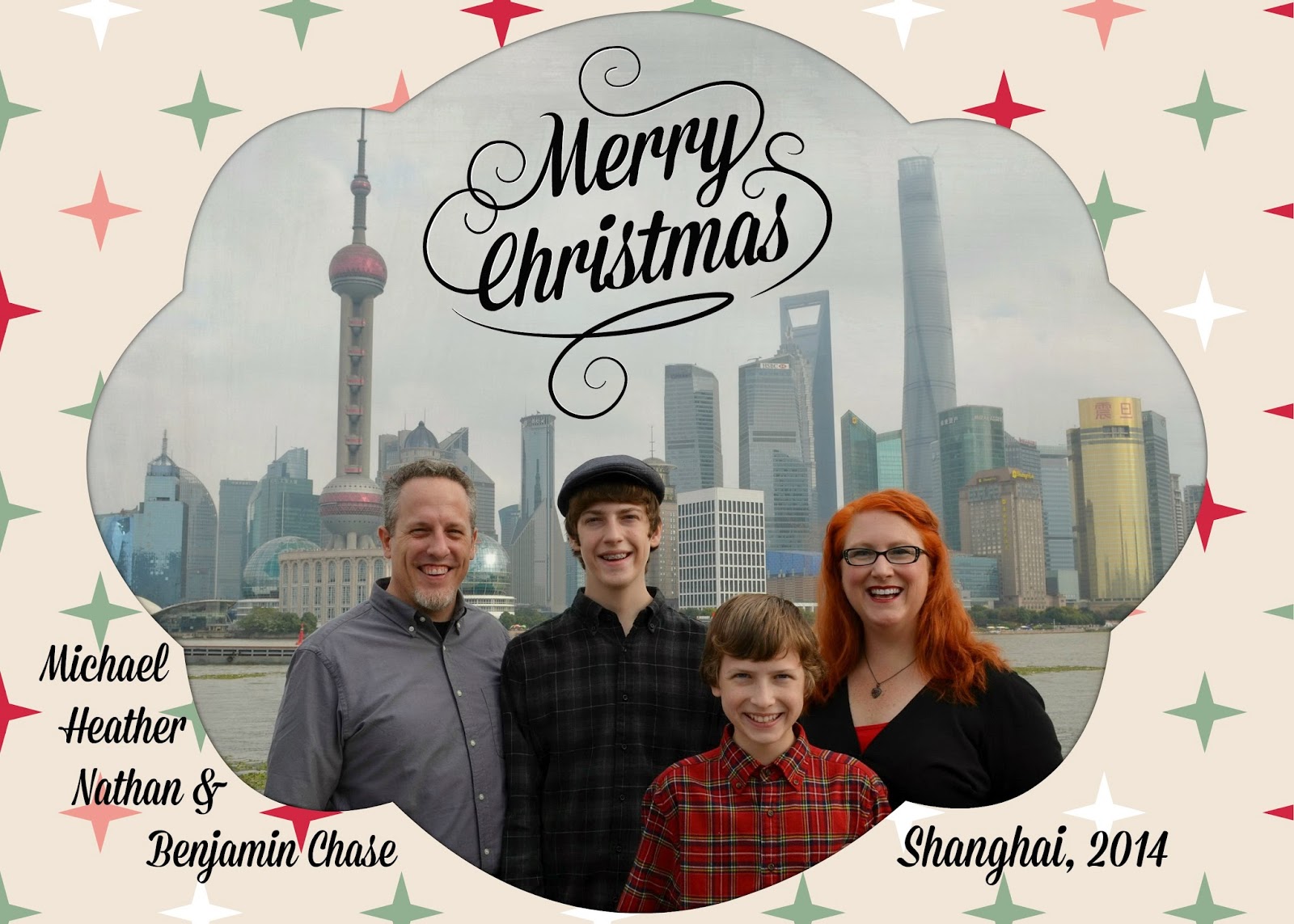 It's our third Christmas in Shanghai, which seems like forever for us! To mark the milestone, we decided to actually feature Shanghai on our annual Christmas card. We just wanted to make sure we were sticking around a bit before we committed... heh heh heh. We live just out of the frame on the far right hand side of the photo, in the shadow of the second tallest building in the world, and the first and second tallest buildings in China. I do love this city so much!

You'll note that Nathan has now surpassed Michael in height, which officially makes him the tallest member of his family, on both sides. Ben is trying desperately to catch up.

This morning Michael and I slowly woke up and made our way to the living room to find the boys around the tree. We asked if they wanted to eat breakfast or open gifts first. You can tell they are teenage boys (or almost in Ben's case) because food came first. 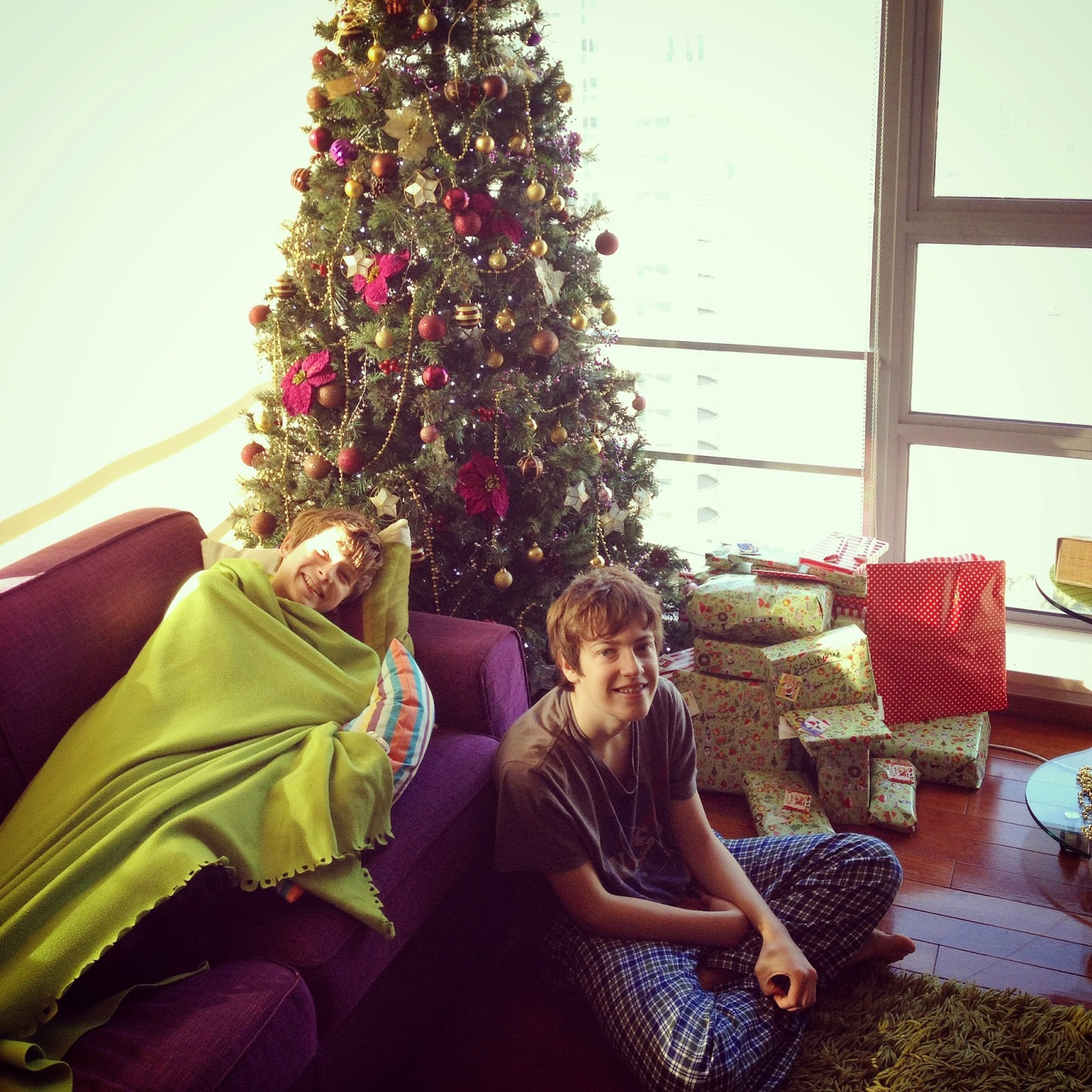 Lucy Rocket wants to wish you a very merry Christmas too! All she wants for Christmas is you! Or more specifically, your lap to sit upon! 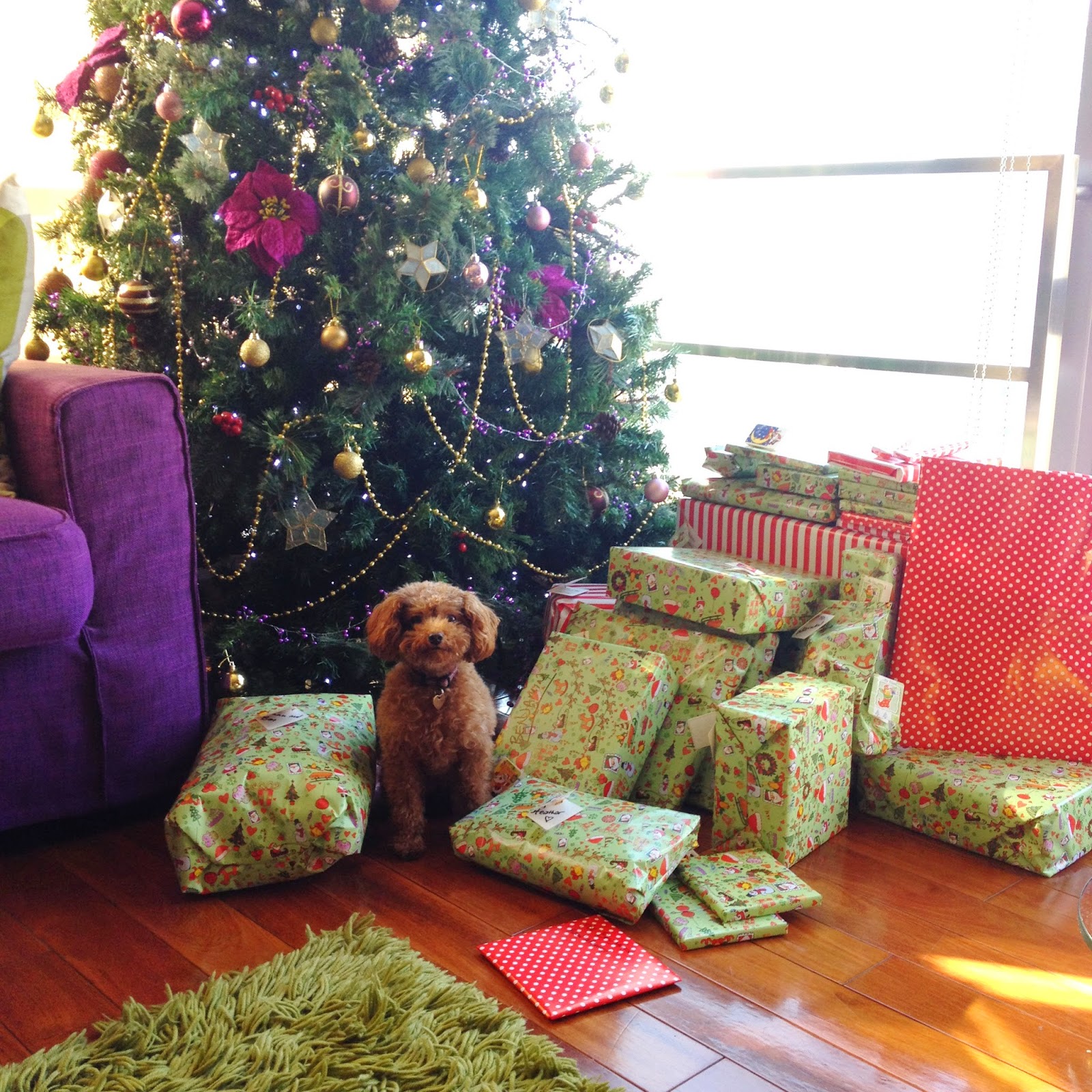 This year the boys really, really wanted a Sony PlayStation 4 for Christmas. The only video game system we have is a hand-me-down Wii, which was old when we got it 5+ years ago. We dragged our feet for months on whether to get the PlayStation or not... it's not cheap. This past weekend we still hadn't made a decision, though we did decide to bless some other people who have had rough years this year with surprises to make their Christmases a little more merry. On Monday, Michael walked into his office and on his desk was a Sony PlayStation 3 and Guitar Hero and some games, all left there by his boss who had decided to give them to our boys. I know these two things are related... no one ever became poor by giving! The boys were still over the moon excited about the 3, and we were able to go to our local grey market and pick up some fun games for cheap. 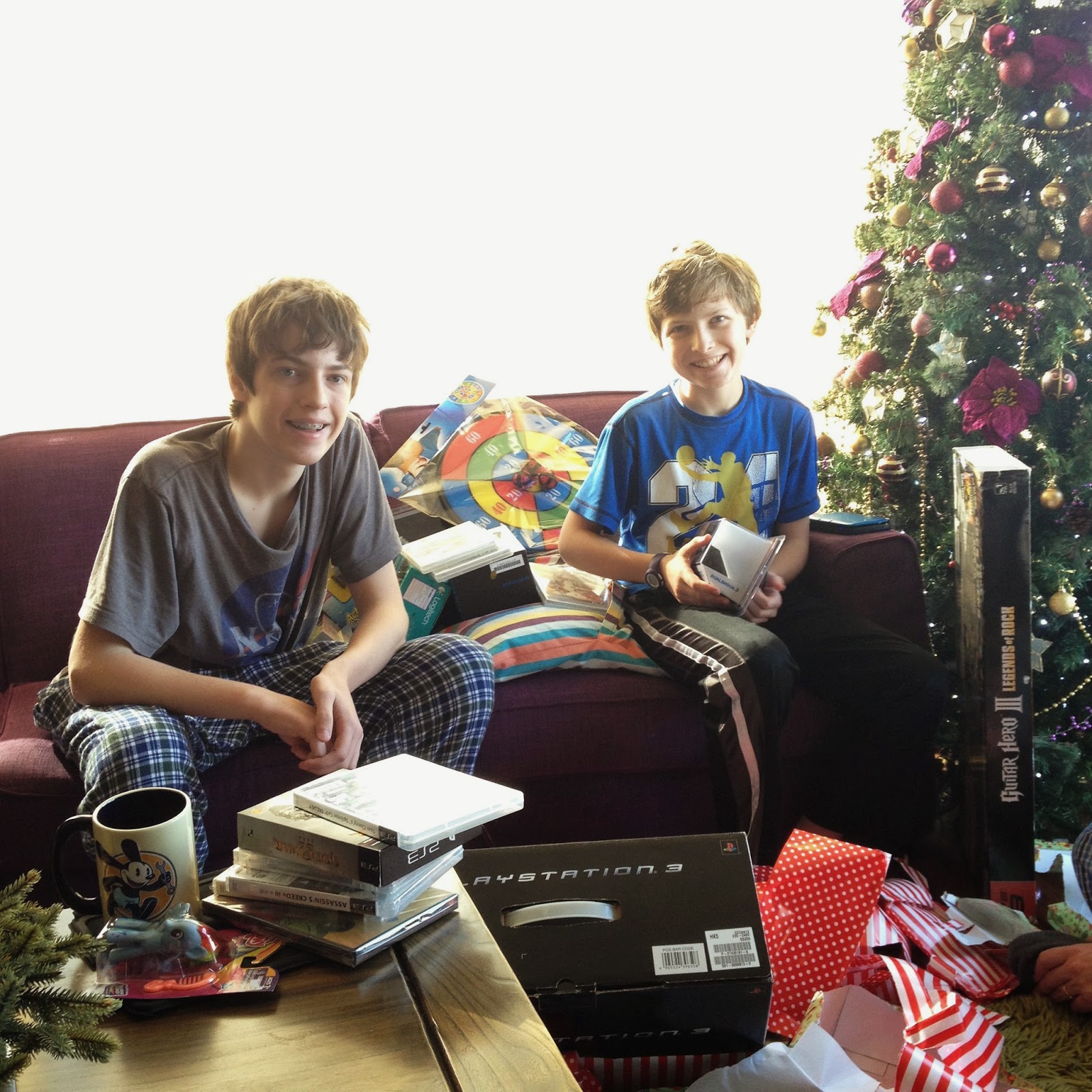 The aftermath of gift opening: 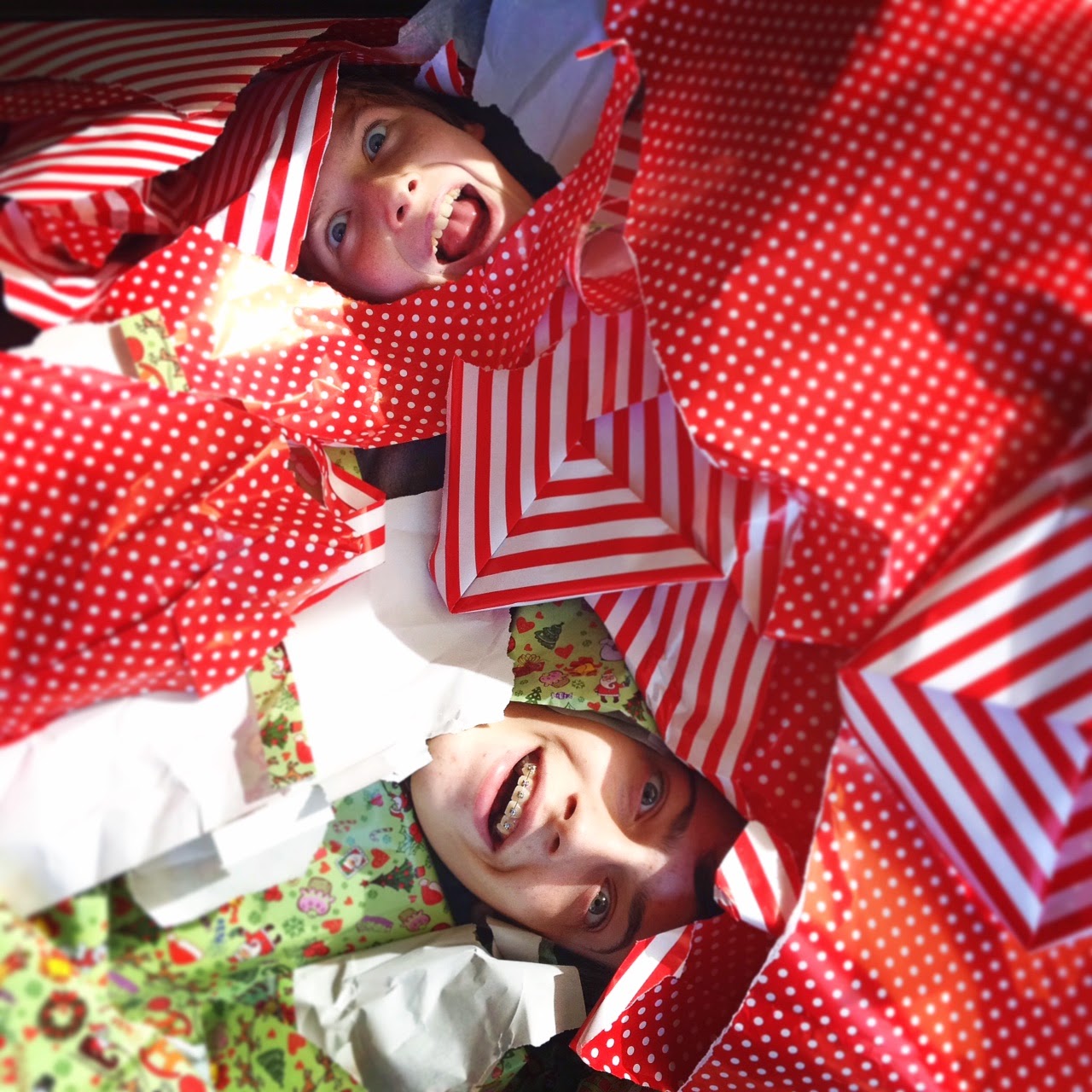 We're off to celebrate Christmas dinner Kiwi-style with our friends from New Zealand. I hear it's all meats and desserts, so both Michael and I will be very, very happy!

Hope you have an excellent Christmas, filled with warm moments and lots of opportunities for making good memories!

Limitless Laowai Podcast (and the sound of my voice) 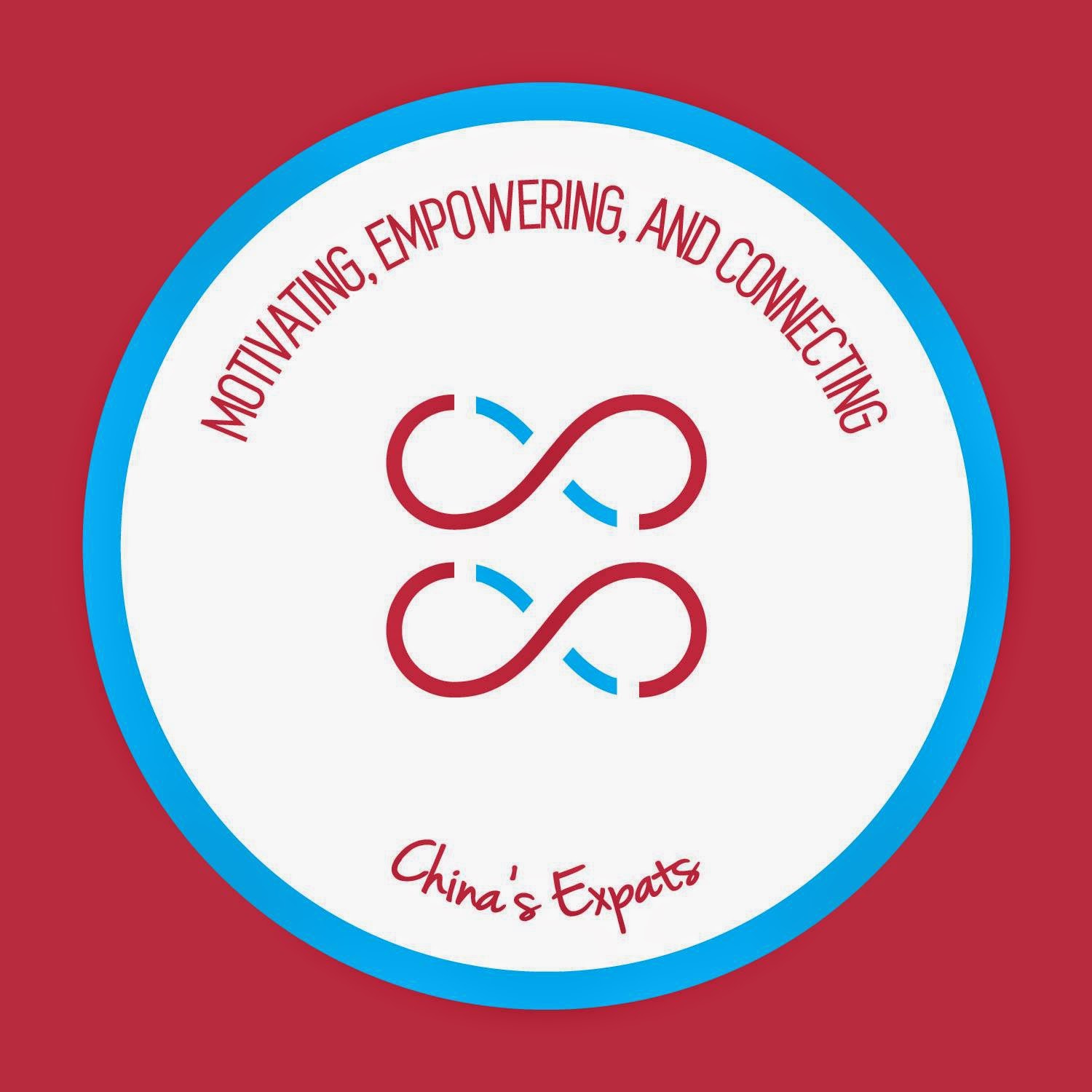 Hey! I have some exciting news! My friend Ally Mona along with her husband Ron have launched a new website and podcast called Limitless Laowai.

What is a laowai, you ask?

A foreigner, of any nationality, age and profession, currently living and/or working in China; one looking into a future move to China.

I am a laowai. So is my entire family. So are about 85% of my friends here in Shanghai (I'm super fortunate to count among my friends a good number of local Chinese, and that, I think, makes a huge positive difference in my experience living in Shanghai). My friend Ally is also a laowai, and something she noticed about living here in China for so many years is how this is a land of really unlimited opportunity. I say very often that there is so much freedom here in Shanghai, which is a hard-to-explain and controversial statement considering the government system here. Coming from America where everything is heavily regulated, I've come to greatly appreciate how little interference I've had to do just about anything I wanted to do here. It's a huge change of mindset! But not everyone immediately sees that, and many expats really struggle when they are here.

In an effort to share some stories of positive experiences about living and working in China, as well as allow people here on the ground to share their tips and tricks, Ally decided to create this platform as a podcast. I sat with her over the summer when it was in the dreaming stages and I had the good kind of goosebumps because I believe in this so strongly. Attitude accounts for so much of what we experience in life! I always state that if you are looking for a reason to be miserable, it's there, you'll find it. But if you look for the reasons to sing and be filled with joy, you'll be overwhelmed with things to be grateful for. I, for one, am grateful for Ally!

I wanted to share the website with you (here) and the podcast as well (here). But I also wanted to tell you that I am a guest on the show today! So if you're wondering what I sound like, wonder no more! You'll laugh, you'll cry, you'll want to move to China...

And I promise that in the coming month I will share more about two things I talk about on the podcast but have never shared on the blog (the scary dog bite with police car ride story and our education journey with the boys). So go have a listen! Sign up for the newsletter (here) and subscribe to the podcast if you have any interest in what it's like to live and work in China!

It's finally December! The time of year when I don't have to hide my extraordinary enthusiasm for all things Christmas!
This month I'm taking photos every day of all the magically delicious Christmas things that catch my eye in Shanghai.
Three cheers for Christmas! Hip hip hooray!
Tonight we had our group of creative friends over to enjoy some made-from-scratch turkey soup using up the leftovers from Thanksgiving. We also made paper Advent chains to count the days down to Christmas, and watched A Charlie Brown Christmas, which was originally released in 1965. The depression Charlie Brown felt all those years ago over holiday fatigue and wondering what it's all about is just as relavent today. Never gets old. 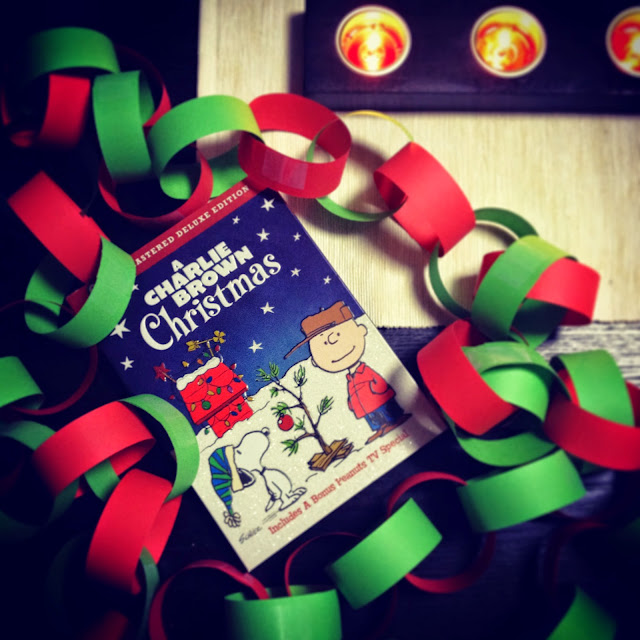 And, unrelated to Christmas, but certainly to December in many places, we are in the middle of a cold snap. Temps will dip below freezing this week. It's actually hovering at freezing right now. Bah humbug! Neither Lucy Rocket nor myself are a fan. She just can't hide her disdain for the chilly wind... 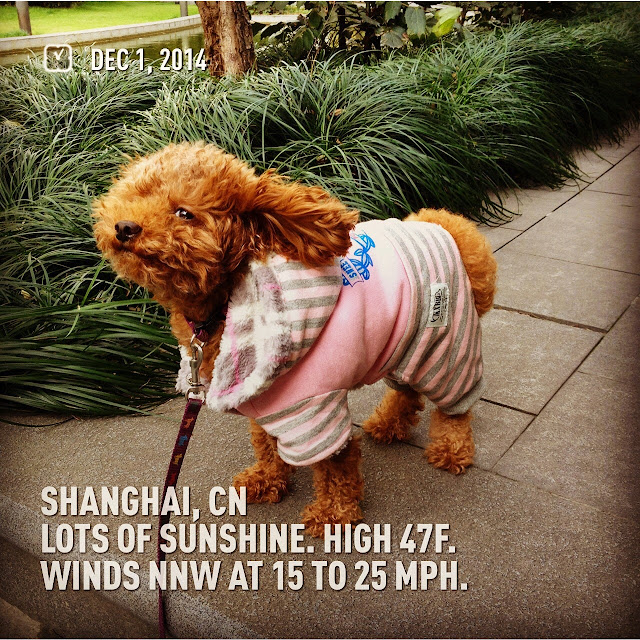 Happy December! Here's to finding meaning this Christmas season!
By Heather Rose-Chase at December 01, 2014 No comments: