Hey all you Dads! Today we celebrate your awesomeness! This morning our resident chef, Benjamin, made scrambled eggs for the family. Then Michael opened his gifts, which were the retro complete collections of Science Ninja Team Gatchaman and Robetech animated series for Michael and the boys to watch together. This evening we're taking Michael out for a steak at New York Style Steak and Burger, one of three favorite steak places we rotate through for his birthday, Father's Day, and our anniversary (a week from today!).

As per our usual tradition, we went downstairs to capture a photo of the boys + dog with Michael. 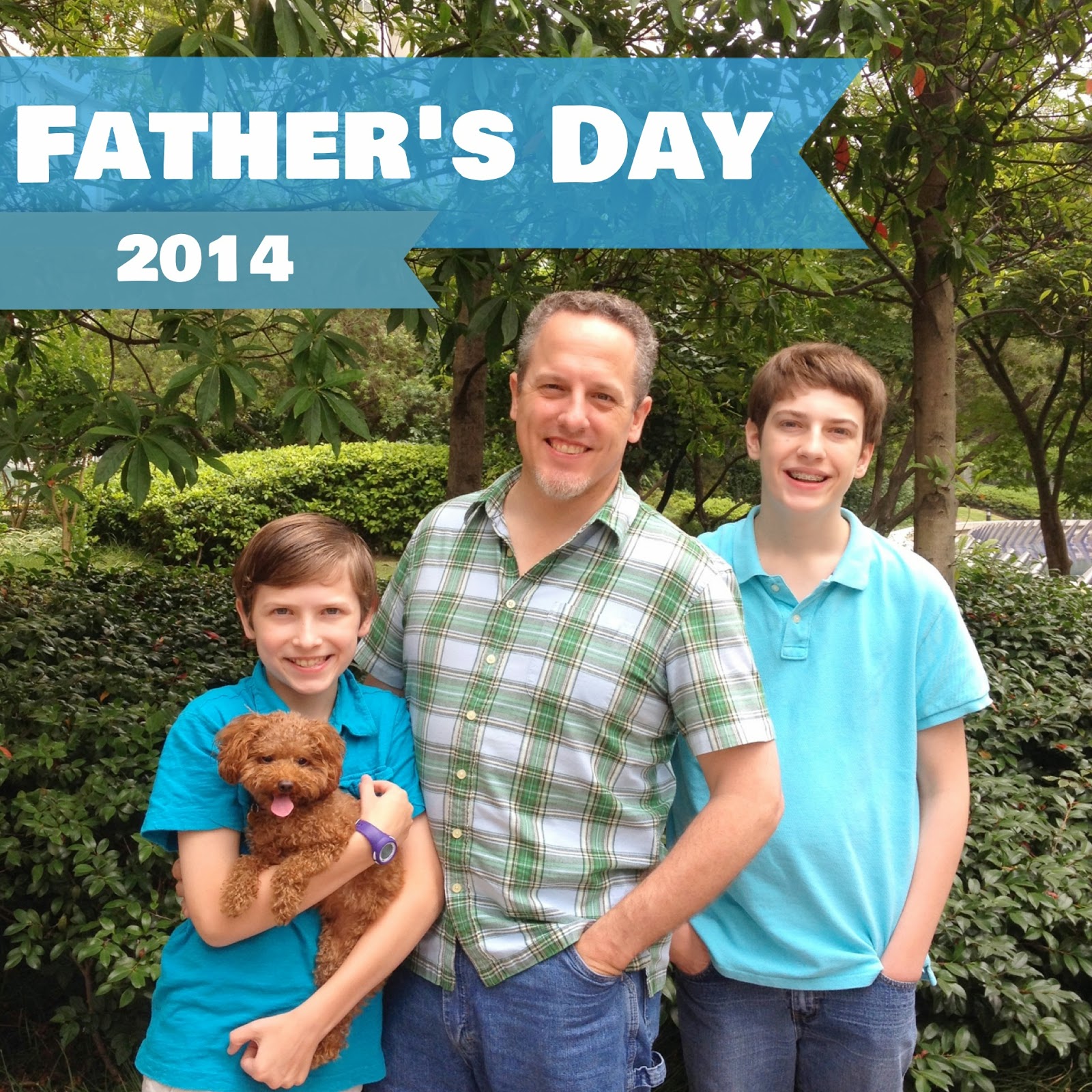 And here's my favorite photo of my Dad and I, when I was 18 or 19. We're at Disneyland (of course!) in front of the Matterhorn. This was a really rough time in my life. I'd had some big issues with my reproductive system and I'd just been told by a well-meaning OBGYN that I would probably never be able to conceive a child. I don't think that's the kind of news that a single young woman even knows how to process. My parents knew what to do though, they took me to Disneyland and my Dad made me laugh all day long. I tell you, I love to laugh more than anything else in the world, and I was raised by a comedian! Look at the contrast in our skin tone! I definitely got my ginger mama's skin! And P.S., my story had a happy ending as you can see by the photo above with my two sons who were both conceived naturally. 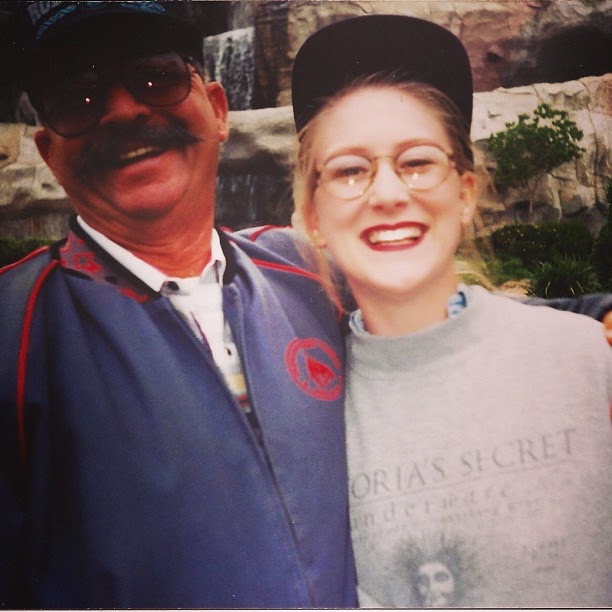 I don't have a photo of me with just me and my Father-in-law, so instead I will tell you a story. First of all, Michael's family are far more sedate than I am. The first time my Father-in-law, Jim, made lemonade from the lemons in his backyard for me while Michael and I were just barely dating, I went all crazy, praising it as the best thing I'd ever tasted. And it was you guys. I practically sang a song about it. I don't think I'd ever had fresh squeezed lemonade in my life before then! But I think I went over the top (which means I was probably holding back in actuality) because Michael's parents later told Michael in private that I had an "awfully big personality" and they were concerned that I was mocking the lemonade rather than enjoying it. Considering we're about to celebrate 18 years of marriage, I would like to hope they've become a little more used to that bigness (which has only grown with time I'm afraid)! But anyway, keep that in mind for this story...

One night during our engagement I was at Michael's parents' house. I had a terrible migraine and felt just horrible. My mother-in-law told me I could tape some dimes to the pressure points on my forehead for relief. Willing to try anything, and especially wanting to get in good with my future in laws, I let her tape the money to my head. The four of us sat in the living room, watching television. I don't think I'd heard Jim say more than about a dozen words at that point since I'd met him, and I was still trying to figure him out. I don't exactly remember what we were watching, but something totally ridiculous came on the telly. I went off on a mini-rant about how stupid and crazy it was. The headache did not hold me back! I was on a roll! I had never, ever seen anything more ridiculous in my life and I was ready to tell the whole world! I finally paused for a breath, and my normally silent father-in-law chimed in, "Are you really the best judge of what's ridiculous? After all, you're the one sitting there with coins taped to your head."

I drew in a sharp breath, and then burst into laughter that I think is still echoing through the cosmos today. I think that was the day my father-in-law earned a place on my top ten list of the funniest people I know. He may be very, very quiet and not have much to say, but I now know it's just his mind spinning, waiting for the right opportunity to slip in a zinger. He's a master at it!

Happy Father's Day to my husband Michael, my Dad Marty, and my Father-in-law Jim. Hope you all have a wonderful day filled with lots of laughter and love! And the same for all you Dads reading along at home! You're the best! Have a great day!
By Heather Rose-Chase at June 15, 2014