When the going gets tough, the tough bury their sorrow in a couple of hours of entertainment. Edge of Tomorrow, with Tom Cruise, just opened here recently, and I am a huge sucker for science fiction. So off Michael and I went to the theater.

Knowing that frequently the people selling the tickets do not speak English, we've made it our practice to snap a quick pic of the movie poster for the film we want to see so we can just flash that instead of getting very lost in translation and ending up in the wrong picture. Of course, since none of the signs here are in English, we sometimes forget the names of films, as we are not exposed to any type of marketing that would make the names stick. And honestly, we didn't really know the name of it, we've just been calling it that Tom Cruise movie. As in Michael saying to me, "Hey, my boss just saw that Tom Cruise movie that just came out. It's totally something you would like." 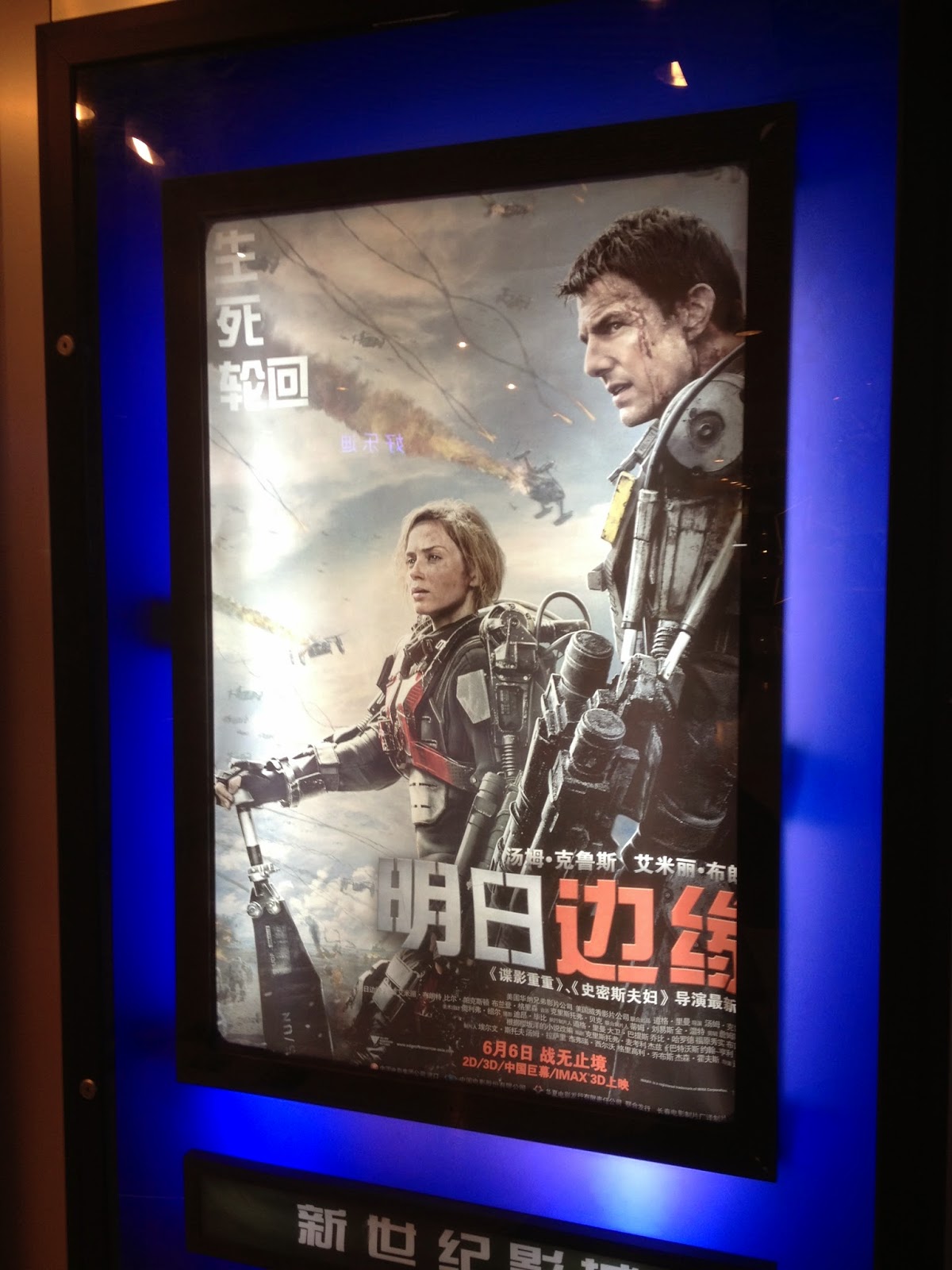 We waited our turn in line. "Two tickets to this movie," we said, holding up two fingers and Michael's iPhone showing the photo.

"Um, no, today," I said, quickly scanning my brain for the word today in Chinese, but only coming up with the word for tomorrow, mingtian.

"No, no, today," Michael said emphatically.

"Yes," she said, pointing to Michael's phone, "For today. But this movie is called Edge of Tomorrow."

"Is it?" we said, looking at each other, and then bursting into laughter with the charming and patient ticket seller. Oops!

We also bought tickets for the real tomorrow, as in the day after today, to see Maleficent with the boys. That's a name that sticks when your paycheck is signed by a certain Mouse!
By Heather Rose-Chase at June 20, 2014