Tokyo was awesome, our first set of guests staying in the room that was a spare bedroom and then an art room and is now a spare bedroom again came and went, and I'm deep in that cycle of March and April that seems to happen every year. Why is it, for me anyway, that March and April are somehow the busiest months of the year? I suppose December alone may be busier, but somehow the busyness is more fun and therefore not such a drag. I'm not one of those people who like to see every square on the calendar filled in with activity. I like to see plenty of blank, white, virtual space. May is open right now, I'm going to try and keep it that way!

Last month one of my good Shanghai friends and I were having a chat about treats from America that we missed. I have tried incredibly hard to find new favorites wherever I live so I'm not always craving something I can't readily get. So far, this tactic has worked brilliantly. But I did sheepishly admit that I've been having some pretty big longings for Cheez-it's, those bright orange, slightly greasy crackers that are usually on sale for 99 cents for a pretty big box in America.

A year ago when we did our big trip to the US, I hit the grocery store the night before we flew back to Shanghai, purchasing four large boxes of Cheez-it crackers. Because we were trying to use every last pound allotted to us in our luggage, the snacks ended up in the boys' carry-ons rather than in checked luggage. When we fly, we generally sit in a two and two pattern, the boys directly in front of us (that way we're assured no one will keep their seat reclined fully into our laps for the flight). They are experienced and very independent travelers, so that trip they went somewhat unsupervised as I nodded off and Michael watched lots of movies.

You can guess what happened, I'm sure. Fourteen hours later we arrived in Shanghai with four empty Cheez-it boxes, cracker crumbs on the boys' faces, and one very upset mama. Grrr. Argh.

I don't mean to imply that you cannot purchase Cheez-it crackers in Shanghai, because actually you can. However, it is 60RMB, ~$10 USD for a very small box. I know if I allow myself to buy that very small box for $10 even once, I'll find ways to do it over and over again. And that really, really isn't what I need, or even want, to be spending my money on right now. Or ever. So I told my friend the story of the empty cracker boxes, the boys' full bellies, and we had a laugh and I forgot all about it.

Until Saturday, when that same friend presented me with a beautifully wrapped gift, containing two giant boxes of Cheez-it crackers, in all their orange (and white! Fancy!) glory! 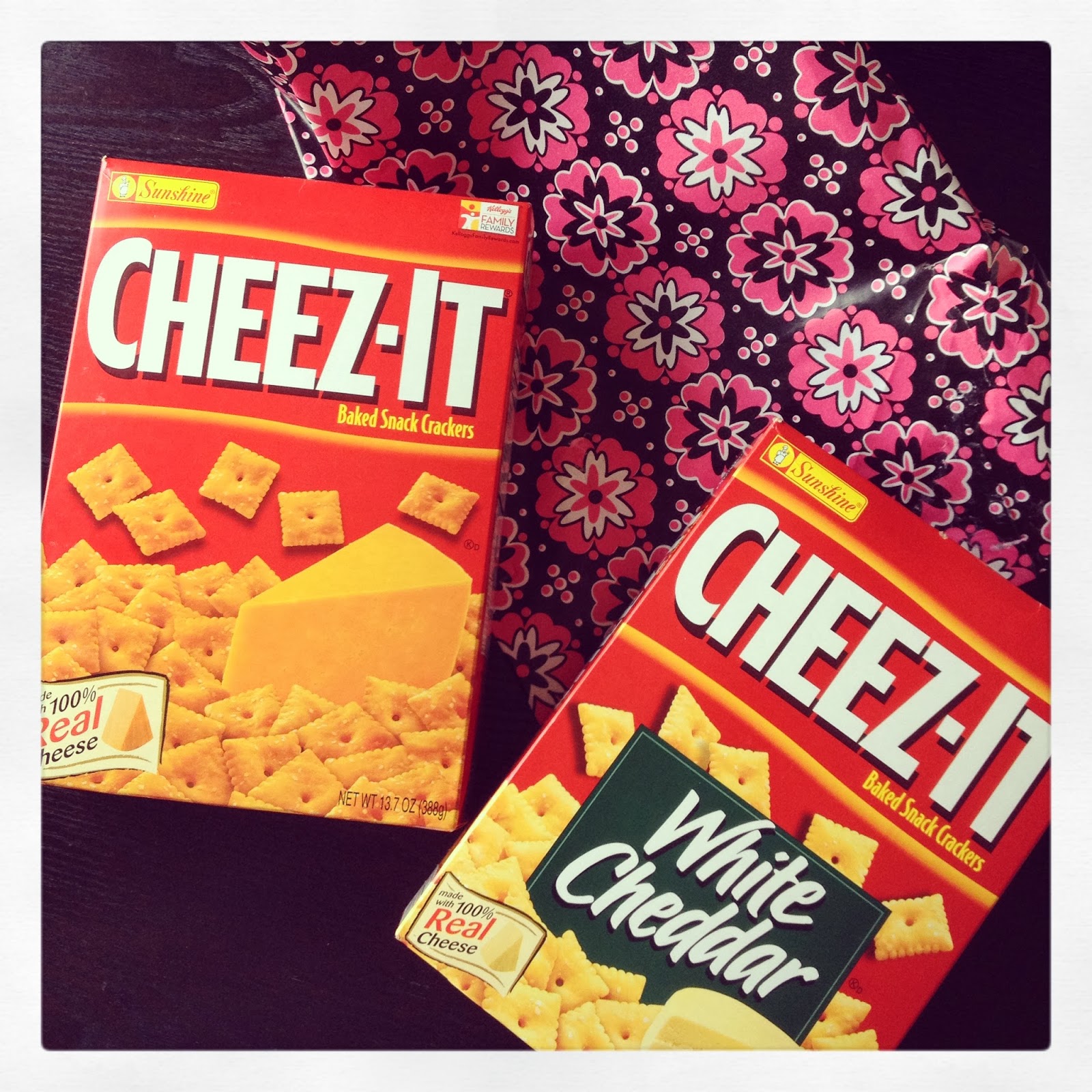 She too had a guest this week, though from America (land of cheap Cheez-it's!) in her case, and her guest hand-carried them over especially for me. I showed them to the boys and demanded promises that they wouldn't touch them, and then found really good hiding places. On my next Shang-low day, they will be ripped open and consumed with great greasy-fingered gusto! Hooray for friends who listen and provide such fun and unexpected surprises! Last night that same friend said love was an example of something that is invisible but believed in anyway. That is true, of course, but sometimes love looks a lot like a box of snack crackers wrapped in pretty floral paper that arrives in luggage on a flight to Shanghai. I'm certain of it.
By Heather Rose-Chase at March 10, 2014 No comments: