The Lumineers in Shanghai 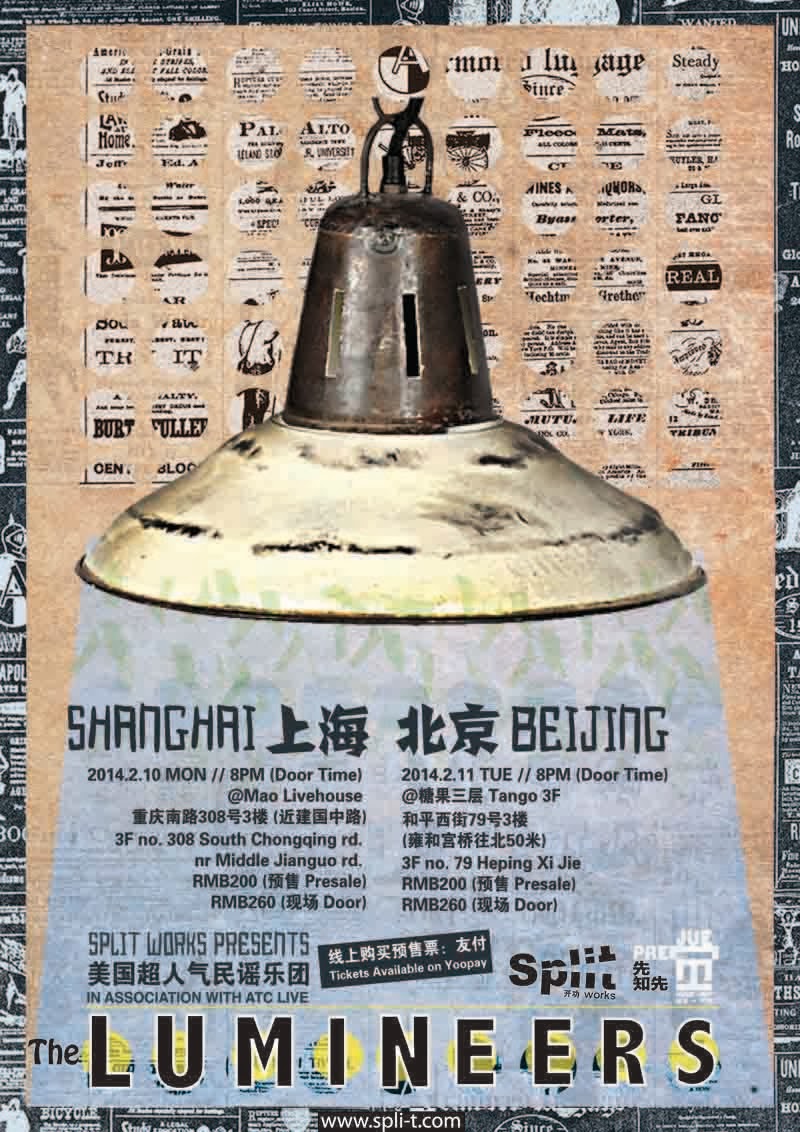 This morning my throat is raw and sore. But it's in that state due to screaming and singing along at the Lumineers concert last night, so I guess that's okay!

As much as I loved Macau, it had so few choices for live music or stage productions. We'd take the ferry to Hong Kong every other month to catch any big tours that came through town. The performing arts in Shanghai are closer to the Los Angeles scene, we're only limited for choice by what our funds will allow!

I'm a sucker for singer/songwriters, and the Lumineers (singers of the played-to-infinity song Ho Hey, to which the crowd went wild over the "took a bus to Chinatown" lyric) fit the bill perfectly.

They played at a small venue and tickets sold out early. We purchased our within minutes of finding out about the performance. They'd advertised tickets would be sold at the door, so a line was forming up the three flights of stairs at the Mao Livehouse, filled with hopeful people who would ultimately be disappointed.

We got there early, and managed to be right at the front with a group of teenagers we know. Which would account for the sore throat... if you're standing in a group of screaming teens, you must scream along, right? Here's a photo our friend took from the loft right at the start. I'm the red head in the center, a few heads below the lead singer's foot. Michael is to my direct right. 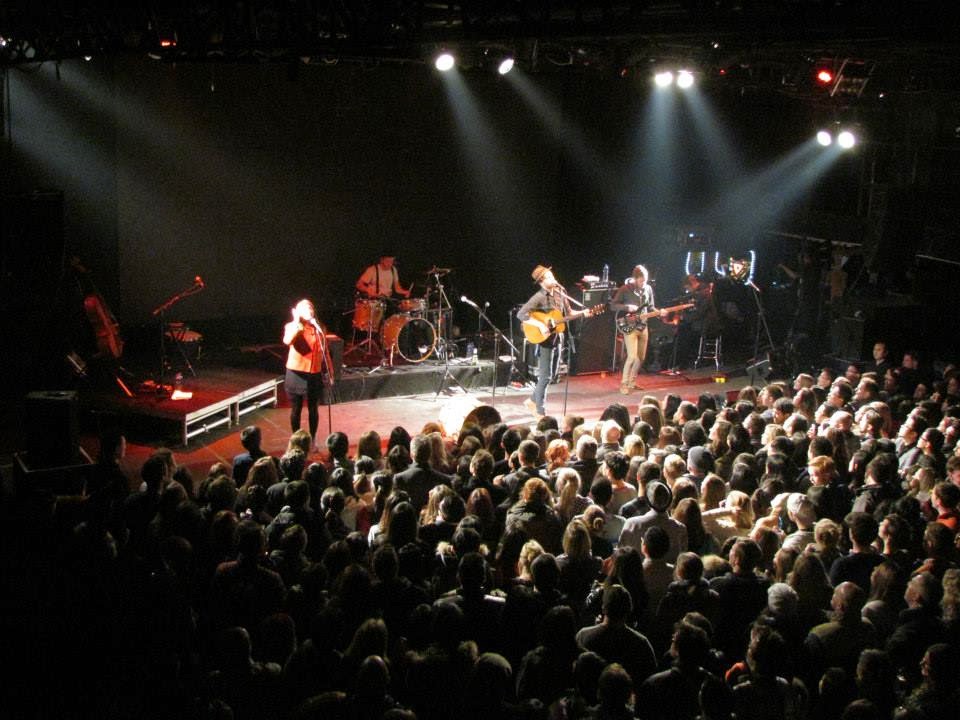 Since we were at the front, I could see the set list taped to the floor in front of me. My favorite song of theirs is Submarines, and I was sorely disappointed to not see it on the list. So my screaming started immediately when they actually opened the show with that song! Hooray!

It was a great night. They sounded just like their album, and played their hearts out. I did make lots of awkward eye contact with Jeremiah Fraites, the band's percussionist and the one always sporting the suspenders. He can play the tambourine, which makes him my favorite (I have no rhythm and can't even clap and sing simultaneously with any success, so I hold lots of admiration for those who can). 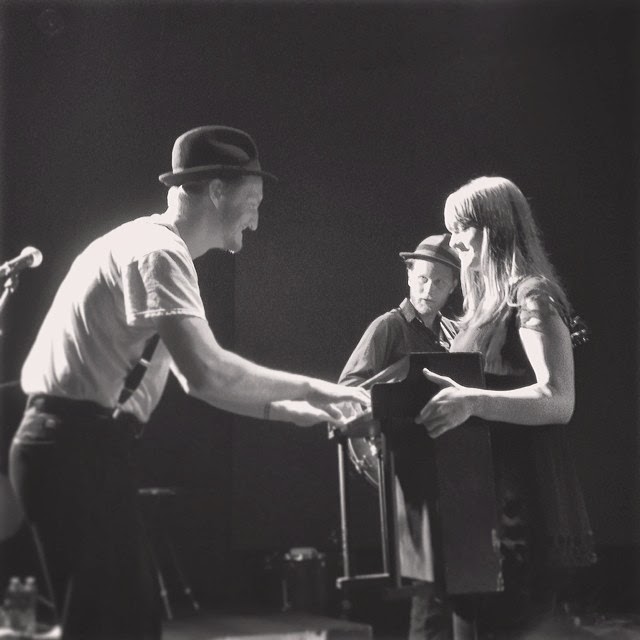 The Rolling Stones are playing Shanghai next month. We're practicing our moves like Jagger. So much to see here!