Today was the 2013 Shanghai Disney Resort Cast Appreciation Day. In Disney lingo, a Cast Member is an employee. For last year's Appreciation Day, the company rented out a small ballroom, which comfortably fit the 100 or so employees and their families. This year, the company had to rent out a section of the largest park in Shanghai because there are now over 1,000 employees! It's growing by leaps and bounds!
Shanghai Disneyland made the news this past week because it finally went vertical. All the underground work got to a point where they can start growing above ground, and a big ceremony was held to celebrate the first vertical beam going up into the sky. It's still two years from opening day, but it's coming along! 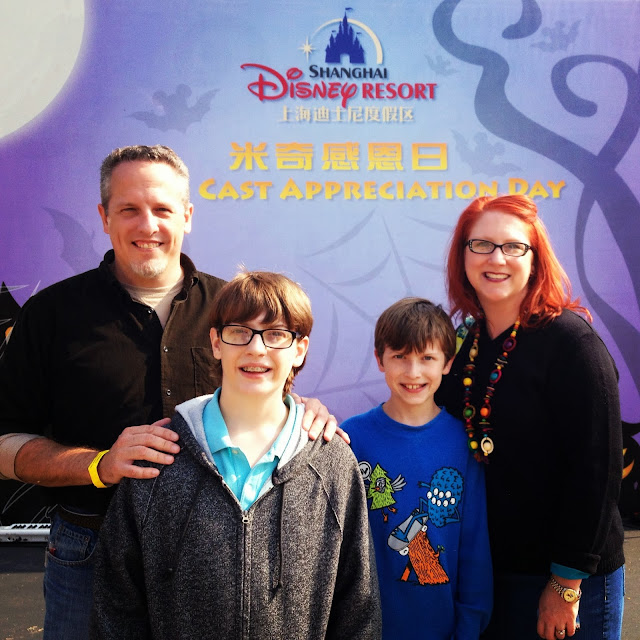 They fed us lunch and provided many fun activities for families to do, including learning the art of Chinese knot tying, Chinese calligraphy, and paper silhouette portraiture. We were pretty much there for the photo opportunities though, as my boys weren't too excited about getting their faces painted.
We missed Mickey and Minnie as we were chatting with our human friends, but we did get to hang out with Goofy. 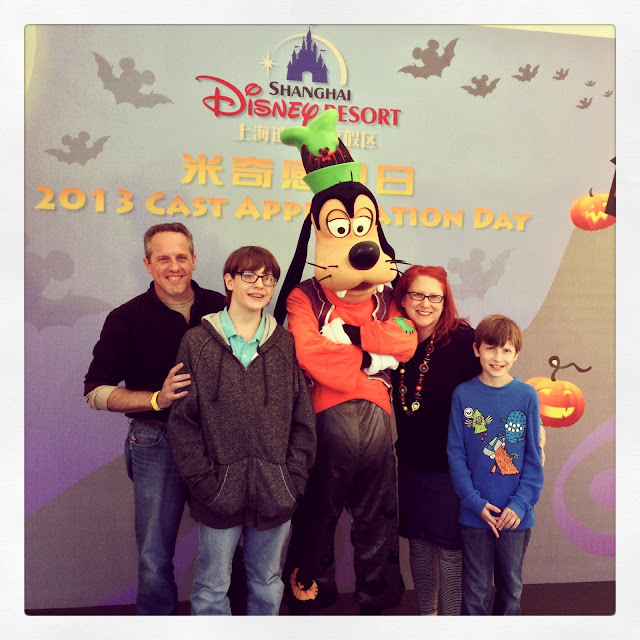 There was another vertical milestone hit this week. You can probably see it if you look carefully at the photo above. Focus less on Goofy, and more on the two people who flank him.
Need some help? Take a look at the photo from last year's Cast Appreciation Day, and then check back up to the photo today. 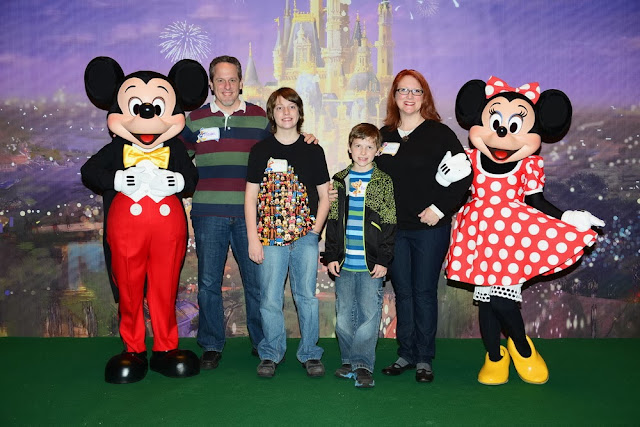 I measured Nathan right before our vacation and he was still shorter than me. Three days ago we were standing in our bare feet, and I noticed that he was ever so slightly looking down at me. I pulled out the measuring tape and sure enough, Nathan is a full inch taller than his mama. Time marches on, and children must grow up. And up and up and up. But must they lord it over their parents so? A big apology to my own mama, whose height I overtook when I was in the 5th grade, dancing around in delight to her great chagrin. Benjamin is in 5th grade this year, but he's still got some distance to cover. He says he's up to the task. I have no doubt I'll be claiming that shortest person in the family title in no time.
By Heather Rose-Chase at October 27, 2013