As a kid, all I ever wanted was to travel the world, living an adventurous life. When I'd exasperate her, a favorite frustrated phrase of my Mom's was, "Heather, what are we going to do with you?" My response never varied: Send me to Germany! No clue why my answer was Germany, but the ironic fact is Germany ended up being the first non-American country my feet touched, years later.

I've grown up to do exactly what I dreamt of, traveling the world. Of course, it's a far slower pace than I'd like. And a far slower pace than many of our fellow expats who are off to new countries every month or two (or every week, depending on their job description). What we're doing looks a lot like traveling by way of living in individual countries a year at a time. 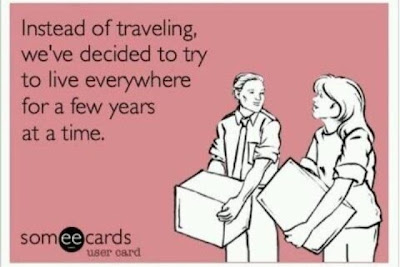 But we recently hit a specific milestone that I have been longing for since I was a young teen, holding my first blank passport in hand: to fill up all the pages. In my young mind, that was the benchmark for living an adventurous life.

We're preparing for a trip to Europe in a few weeks during the Mid-Autumn Festival holidays. We'll hit a few countries (and Disneyland Paris!), and realized we have very little blank space for visa stamps. This is frequently frowned upon as you go through Customs in a new country. Especially China, who despite our visas, stamps our passports every time we return here from another place.  So we made an appointment with the U.S. Consulate in Shanghai to have additional pages affixed into our ink-filled official travel documents. 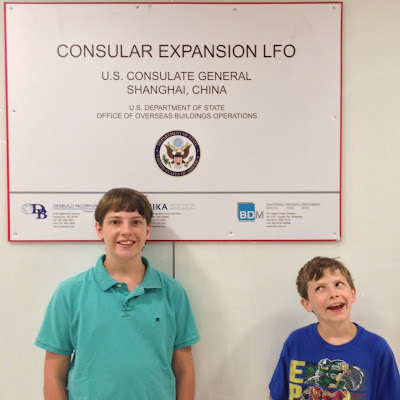 This made me a little emotional (actually, post-surgery it doesn't take much for the emotions to show) to see a very specific childhood dream come true. My children are far less impressed with this milestone. After being dragged around the world and moving, on average, every twelve months, I fear their childhood dreams will be something along the lines of "live in one place until I die."
There were two options, and both were the same expensive price. You could get a twenty-four page addition, or forty-eight pages. As children under age 16 have to renew their passports every five years, instead of ten years like people over 16, we went ahead and got the twenty four pages for the boys. We'll be back at the Consulate in another year to renew theirs (yikes, that will be Nathan's fourth passport, though only Ben's third. This life is expensive!). But since Michael and I have quite a few years before ours expire, we went ahead and added 48 pages. It adds quite a bit of bulk! 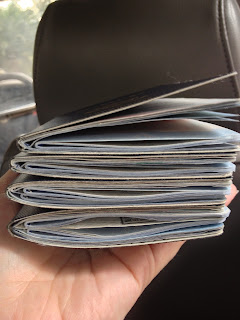 If we manage to fill the extra forty-eight pages (and there was someone there during our appointment who had!), then the only option is to get another passport. No more pages can be added. I don't think it'll happen. But it's nice to dream, right? Because dreams do come true. 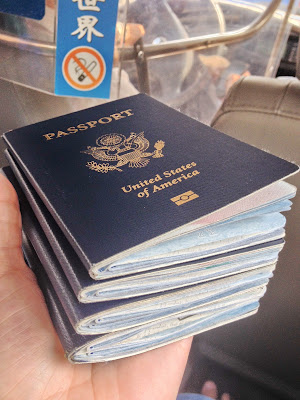