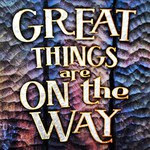 Since my surgery, I've noticed my emotions are far closer to the surface than ever before. I joked in the weeks after my operation that my hormones were apparently set to 14 year old girl mode, because I can go from tears to anger to joy in three minutes flat. It's crazy. It's crazy for Michael to watch but even worse from inside my head. It is however, getting much better. Thank goodness. However, I've been in a bit of a funk lately.

We have had a series of moderately stressful things drop on our heads in rapid succession over the last three weeks. Family issues in the States, unexpected financial turbulence, miscommunication (or one-sided communication) resulting in significant angst, trouble with our offspring, health concerns, a friend's terrible life-changing accident, another's marriage ripped apart, a week that brought a dozen emails and phone calls from people who personally wanted something from me, mainly a significant commitment of time, plus some other stuff I won't bore you with. I think any one of those things are manageable, but when you toss all the rest in and give it a stir, it feels a lot like standing in the waves at the ocean when there's a strong undertow. 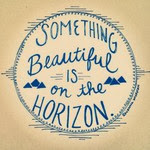 I'm such a dreamer, always thinking about the future and the great things yet to come. In fact, I collect a bunch of inspirational art work on my phone which remind me of all there is out there on the horizon. But this past week I have not been able to even imagine what the future will look like. The truth is I had the strongest wave of homesickness I think I've ever experienced. We don't have a "home" anywhere but where we are now, and whenever people ask if we are going home for summer or the holidays, I always answer, "no, we are staying home. Here." So I guess the homesickness wasn't for a place so much as it was for people. I just wanted to crawl into the past, full of friends who've known me forever and love me just the way I am. Or maybe for a time. A time where from the lens of today everything looks far more sunshiny and full of flowers and laughter and dancing.

I have a little sign above my desk (along with an action figure of Thor, a gift from my friend Lori) which quotes C.S. Lewis: There are far, far better things ahead than any we leave behind. I taped a photo of our family from the Macau Tower to it, just to remind me that no matter how great or glorified the past was, the future is full of promise. 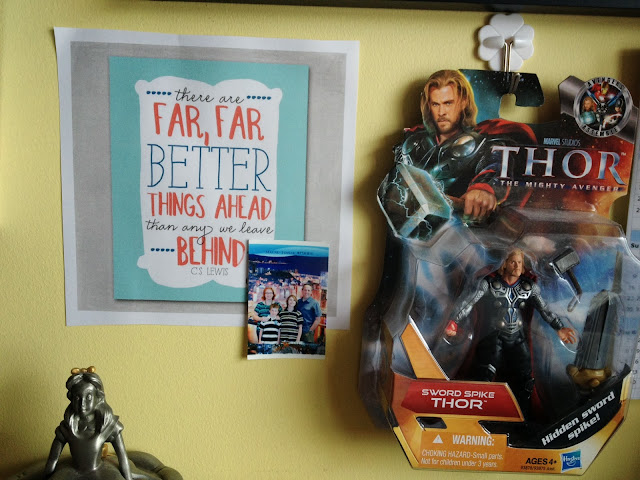 Unfortunately, I just stared at that sign which has brought me heaps of encouragement over the past year and thought it was such a lie. All I could think about was the past and how awesome it was! How much easier and simpler things were. I thought about times in the past which I thought were so hard at the time, and laughed bitterly, knowing that in comparison with right now, those were mere child's play!

On Sunday I had the great privilege of hearing a friend speak about being strong and looking forward, not at the past. And about being present in this moment, instead of longing for things that used to be. To say that her talk completely gutted me would be an understatement. I was so convicted! All this current misery is only made so much worse when I'm focused on things that are over and done with and completely out of my control. The beauty of this life is our choice to respond to any situation with hope and a positive attitude, or to dwell on the negative and be overcome with self pity.

Nothing about my situation over the past few weeks has changed one bit. In fact, there are so many intricate layers of things to worry about that I don't even know where to focus. And the truth is, one day I will look back on this time in Shanghai and think about how it was surely easier than whatever I'll be up to in the future. But in an exercise in looking forward, I've decided to make a list of eight things that I am really, really excited about happening in the near future.

1. Vacation. On Monday we leave for a holiday we've planned for over a year. Talk about looking forward!

3. Friendship. While in London, we'll get to stay with our friends the Braden's. These are friends we've known since we both lived in Hong Kong and have spent the last eight years visiting back and forth in the various countries our two families have lived in since then. We are excited to create new memories with them for two weeks.

4. Disneyland Paris! As part of our Year of the Mouse, we're taking the train with the Braden's from London to Paris. When I push through the turnstiles at the Park, I'll be realizing another huge dream of mine... to go to every Disney theme park worldwide! We still have to hit up Tokyo Disneyland so that Benjamin (who was not yet born when we lived in Japan) can say the same thing. 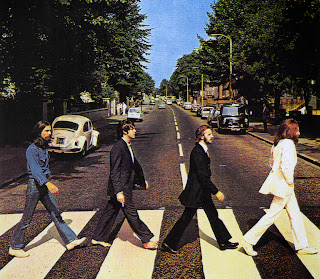 5. Recreating the Abbey Road album cover while we're in London. I told the boys I specifically stopped at having only two children so there would be four of us to be able to do something I've wanted to do for over twenty years. They rolled their eyes at me, but one day they'll thank me. Right?

6. Creative outlet. I'm working on a publication about HOPE using all original artwork and text which will be put out at Christmas. At the same time, I'm also working on a short script for a Christmas production which is on the same topic. The irony of being waist-deep in intense study about hope at a time when a lot of things have felt pretty hopeless is not lost on me!

7. My birthday (Christmas Eve) and Christmas. I know, I know, it's still September. But I already have bubbles of excitement about my most favorite time of the year (we're picking up my birthday/Christmas gift in England!). It's too bad we don't live in the Philippines, where Christmas decorations go up and stay up for all the "Ber" months, September through December. Maybe we need to move there next?

Wow. In re-reading that list, I can only say I'm suddenly quite prepared to leave the past behind and get on with the future! What are you most looking forward to in the near (or far) future? Inspire me!
By Heather Rose-Chase at September 24, 2013