Hmm. Remember when I said I was promised a couple of days away with lots of solitude to just write? Life has interrupted and I'm getting something a little different.

I'm faced with something not so easy to just drop in this space, where I normally share my life with a breezy tone and light comedy to defuse the hardships. In fact, I've written and re-written this post four times already, debating on what to share, how much to share, and what is too much to share. I'm going to channel Sgt. Joe Friday here... Just the facts, Ma'am.

Tomorrow morning, July 2, at 8:00 a.m. I'll be checking into my local hospital here in Shanghai for two days of tests. On Thursday, July 4, time yet to be determined, I'll be having a total abdominal hysterectomy and removal of my left ovary, which will remove an irregular (though non-cancerous) fist-sized mass growing through my uterine muscle and a smaller endometrioma (type of cyst) in the ovary. These two things have been causing excruciating pain for several years (plus a noticeable increase in my waist size), and the conservative, non-surgical alternatives have been ineffective or can't be used on me due to additional health concerns. Sure, I've spilled a lot about my sinuses, but this other issue isn't the kind of thing I was raised to share, despite having issues in this region for the past twenty years.

While initially quite frightened of the necessity for such major surgery here in China (our insurance precludes us from returning to America for the surgery, and while having surgery in Hong Kong would be nice, the recovery period of six weeks would prove taxing on our hosts and wallet), the good news is my mind has been put completely at ease. My surgeon is a Turkish-born Chinese woman who did her training in Australia and Stanford in California. Her specialty? Treating the exact type of mass which has been slowly expanding and adhering to other organs inside me and making it very difficult for me to get out of bed many mornings. She arrived in Shanghai three months ago, specifically to train the doctors at the local Chinese hospital how to identify and treat my particular condition, adenomyosis. Her exact words upon reviewing my extensive medical file and numerous images and lab results: It is a miracle that you are here before me, when I have just arrived and specialize in what is ailing you. Miracle indeed.

I feel completely at peace about the surgery. I feel a little uneasy about the estimated 6-10 day hospital stay (more posts on this experience coming up). I feel somewhat nervous about how Michael is going to handle his job and the care and keeping of two boys and a dog while worrying about his wife.

However, one of the best things about being an expat is the community. People who might be casual acquaintances in your home country become extended family almost overnight when you live abroad, far removed from your actual family. To quote LOST and Disney's High School Musical in one sentence, nicely wrapping up the expat experience: live together, die alone because we're all in this together. Time and time again, everyone steps in with offers of childcare and meals and transportation without being asked, because they've been the recipient of the same, or know they might need the extra help themselves next month. I've seen it in every country we've lived in, without fail, and it's one of the things that makes me love this crazy, nomadic lifestyle (though it's admittedly easier to be on the giving end than the receiving end of such help).

I would give anything to have my own mom packing her suitcase right now to get on a plane and arrive here tomorrow to make everything right, as she's done with every other surgery I've had in my whole life. Since that simply isn't an option, I'm incredibly grateful for all the surrogate sisters and mamas here in Shanghai who are sitting down tonight and collaborating on a calendar of who is bringing meals or watching the kids for the next month while I do some intensive recovery. Instead of being filled with my usual amount of stress, that constant companion since December, I'm filled with peace.  Independence Day takes on a whole new meaning this July 4th. Let's do this.


And then, because life is better with laughter and cake, and because I'm me, I give you this: 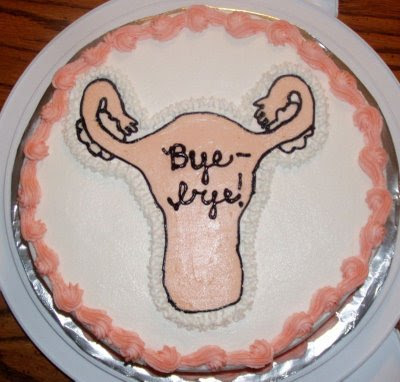