Yesterday I visited the dermatologist at the local hospital to get a painful little something removed from the back of my leg. My pale, sensitive skin + Shanghai's weird air/water/pollution don't mix well (same goes for my sinuses I guess). I brought some reading material, a very old but new-to-me book. 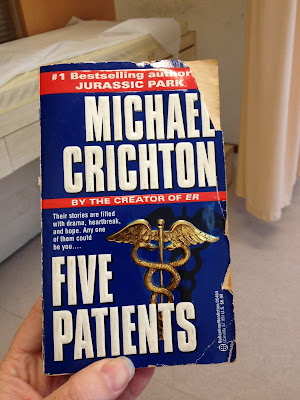 I think perhaps it wasn't the best book to be reading in a hospital setting. But I will say this, my entire bill at the local Chinese hospital, including seeing the specialist, lab work, and two prescriptions, came to 34.8 RMB, which is less than $6 USD. If I'd gone to the international expat clinic which occupies the same building, ten floors higher, but utilizes the exact same doctors for the most part, the bill would have been at least twenty times higher. It's nice to know I have that option, but I'll save it for something more serious. Or not. I'm getting used to the Chinese way of treating maladies.
As I was leaving, I passed the Jaundice Clinic and the Liver Disease Clinic. It made me so grateful that my only ailment at that moment was a little throbbing on the back of my now-bandaged leg. Things can always be worse (as the Michael Crichton book pointed out to me repeatedly). 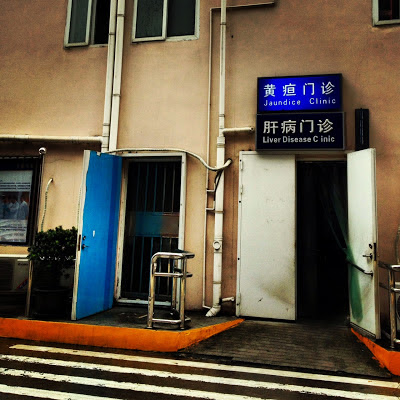 ﻿
And because evidently the theme today is health care, I had to share this flier I got today from a different expat medical clinic here in Shanghai (which we went to exactly once, the bill was quite high). I know, I know, women's health is important and testing is vitally important (my MIL is a breast cancer survivor), but I have to say their idea and my idea of the best gift for Mother's Day are vastly different. But maybe you've always wanted a stool sample or a chlamydia test instead of breakfast in bed and a hand-made card on Mother's Day? If so, it's a bargain price at roughly $800 USD right now! Celebrate! 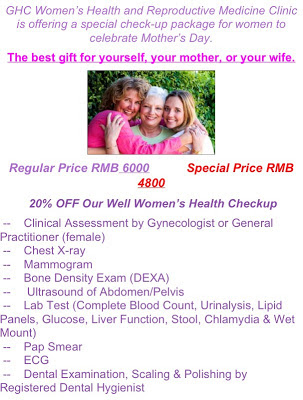 And speaking of things that can be bad for your health... While we were in America in February, I ordered a ten pound box of Tangerine Jelly Belly candies directly from the company. This is my favorite candy ever. Seriously. I wondered how long I could make them last. The answer was 79 days. Or forever if I never eat those last seven jelly beans. We are leaving for a trip to Macau and Hong Kong tomorrow, to tag along on a business trip for Michael. I know all the places I can stock up on them while we're there, which is a good thing as I've not yet found them in Shanghai. Yes, you can buy a mixed flavor package of Jelly Belly candies here, but the only flavor I'm interested in is Tangerine. So I have to find a candy shop which sells the flavors individually.﻿
﻿ 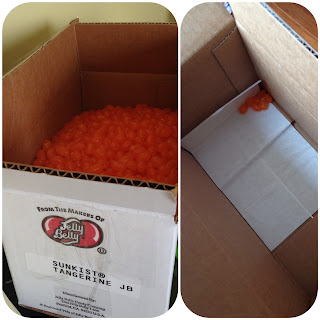 And finally, some Benjamin to round out the post. Ben loves Snoopy from the Peanuts. His favorite musical is You're a Good Man Charlie Brown. He also loves to dance. He's shy about it, but he will seriously put some music on his iTouch, put his earphones in, shut himself in his bedroom, and then dance all by himself until he is dripping with sweat. I have looked into dance classes for him, but they are either prohibitively expensive here, or they are filled with little ballerina girls in tutus, which he balks at. Last week we went to Uniqlo, a Japanese clothing shop a bit like Old Navy, to stock up on clothes for the boys who insist on growing. Ben found a tee that was so Ben that he wouldn't even put it in the basket for fear I'd put it back instead of buying it for him. He clutched it to his chest and wanted to change into it the moment the register transaction was complete. I would have bought it for him at twice the price. 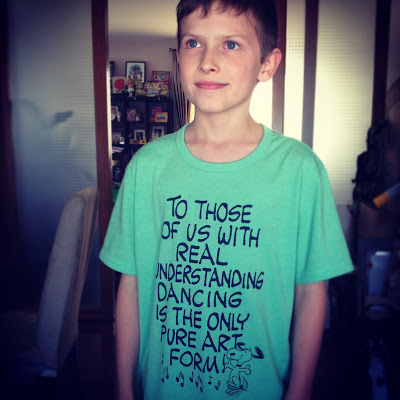 And just a quick note to follow up on my Failure post. I will indeed be posting photos of the big project which pulled me down the rabbit hole away from my other responsibilities as I said I would. I personally did not take photos, but there was a professional photographer there and I've still not received the images back (so be patient, Dad!). You'll see them when I see them!
By Heather Rose-Chase at May 10, 2013