We're back home in Shanghai! As a lifelong insomniac, I actually relish jet lag. It's the only time I can put my head on my pillow and be dreaming just a few minutes (if not seconds) later.

We arrived at the Shanghai Pudong airport at 6:30 p.m. yesterday, got home by 7:30, unpacked just the necessities while the boys climbed into bed fully clothed - snoring immediately, and laid down ourselves by 8:45 p.m. I never saw 9:00 p.m. on the clock. Next thing I knew, it was nine hours later. Nine hours of sleep is something like a miracle to me, plus I got a bonus of watching the sun rise above the buildings to the east from my bedroom window. 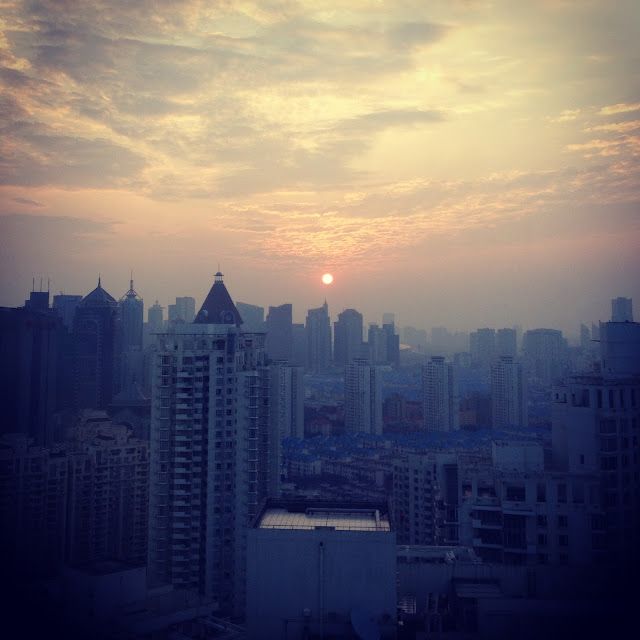 My Mom used to have a framed cross-stitch sampler that said If God intended for us to see the sun rise, He would have scheduled it later in the day. Amen to that.

I need to some time to collect photos and get them uploaded, but in the meantime I simply have to share this video of goats yelling like humans which has been making the rounds. The boys and I have watched it half a dozen times, tears of laughter streaking our cheeks each time. Though that just might be the jet lag leaking out. You be the judge.


P.S. Email subscribers, please click through to site to see the video!
By Heather Rose-Chase at February 21, 2013