Today California lost some of its gold. Huell Howser, a well known television personality who took public television viewers on televised tours to obscure, quaint, and historical places of interest in California, passed away at the age of 67. 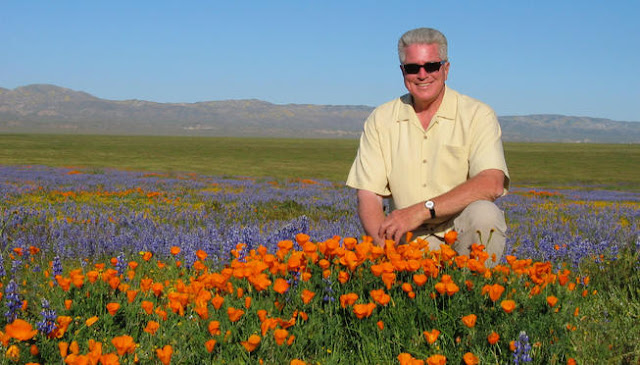 He was incredibly cheesy, with a Tennessee accent and only a microphone and a camera. But he had such a sense of absolute wonder about the commonplace things in life and insatiable curiosity. I could never help but be drawn in to what he was showing us. In high school I mocked and imitated him, mimicking his isn't that amazing catchphrase when someone would tell me something less than amazing. But I never stopped watching when one of his shows happened to be on.

In later years I grew to appreciate him and the fact that he took the time to travel all over California, pointing out what made the state so great. They say that familiarity breeds contempt, and having been born and raised in California, it was so easy to take it all in with a blasé attitude (one I fear my own world travelling children might be developing toward living abroad as we hop borders so frequently).

A shift in my thinking came after living in Japan, where thousand year old temples sit nestled comfortably between modern and contemporary skyscrapers. I returned to America, slightly disgusted with the way everything old in Los Angeles is torn down to make room for the new and generally bland, leaving the city feeling culturally bankrupt. It was then that I started watching his California's Gold series, gleaning up facts about the places I had visited throughout my childhood and teen years. Yes, many things in California do get torn down, but Huell pointed out the small treasures which remained. I became an unapologetic fan. 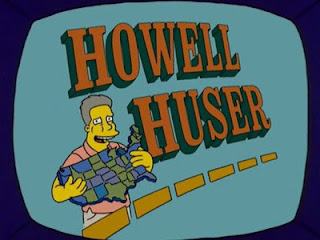 Matt Groening, creator of The Simpsons, was also a big fan of Huell, and created a character for him on the show, Howell Huser, who declared Springfield the Worst Town Ever. By all accounts, Huell was absolutely delighted to be a part of it, appearing twice on the animated show.

In 2007 Huell visited the set of CSI: NY, filmed in downtown Los Angeles which my father worked on for years. Huell interviewed my Dad, in tones of ever escalating disbelief, asking how they film a show in LA which takes place in New York! Later that night, my Dad called to tell me about his onscreen encounter with the man and his microphone, and I was blown away by his good fortune to have met him. And then upset my father hadn't called me to race downtown to meet Huell myself. Alas, that opportunity has now forever passed.

One of my favorite episodes is when he visits the Musicians Institute in Hollywood. Even if you've never been there, you'd probably subconsciously recognize the gates outside which are used for filming quite frequently. I love watching the young and hip students not knowing exactly what to make of this guy with his over-the-top enthusiasm. At the end of the episode, he films a music video with the students of a very appropriate song, California Here I Come. I'll leave you with the final product, filled with that great cheesy quality that made him who he is. Farewell, Huell. You make me proud to be a native Californian.

(Email subscribers please click through to the site to see the video.)
By Heather Rose-Chase at January 08, 2013