One of my boys is at a friend's house. The other is curled up on the couch devouring the latest Diary of a Wimpy Kid book which our friend from America was kind enough to bring over (for half the price of buying it here in Shanghai!). Having the afternoon to myself, I thought I'd finish up the half dozen blog posts in the pipeline that are just in need of photos...
Ha! Joke's on me, all the photos are stored on an external drive thingy which is currently not talking to my computer, and I can't even open the program to see them! Since my personal IT guy is working at his day job right now and can't help me, all I can do is pull some photos off my phone to share with you. They happen to be some of my favorites from this past week down in Hong Kong, so that works.
First up, here is me and my boys outside Hong Kong Disneyland: 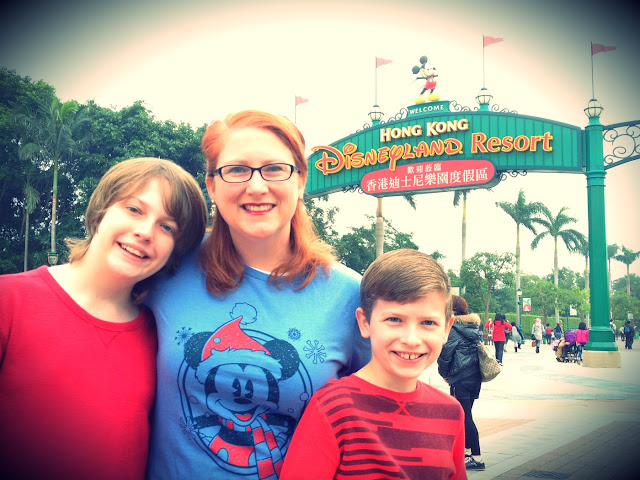 I love, love, love Disneyland. All of them. I especially love the Disneyland Parks during the Christmas season. All the extra decorations, music, snow (it's actually tiny, foamy bubbles, which is the kind of snow I like!), and extra good cheer from guests and cast members alike. We've always gone to Disneyland during the holidays (in whatever country we happen to be in) so this made it really feel like Christmas to me. I ordered my Mickey shirt from Old Navy a month or so ago and had it shipped to my friend who brought it over the from US in time for me to wear it. Love it!
This one is my three favorite guys standing in front of Victoria Harbour with Hong Kong Island in the background: 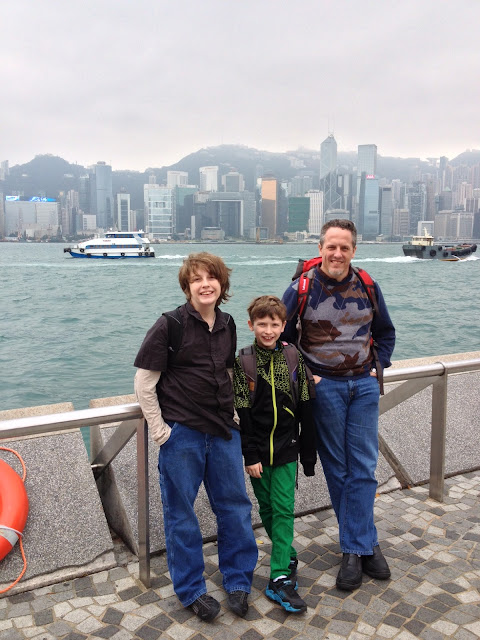 This was our first day in Hong Kong and the chilliest day of the week we were there. But the cool breeze was refreshing, not frigid like the icy wind here in Shanghai, and I was okay with that! Wanna see an almost identical shot from seven and a half years ago when we actually lived in Hong Kong?
This is one of those photos that I knew I had another photo of and had to take a moment to recreate it.
Nathan, age 12, December 2012: 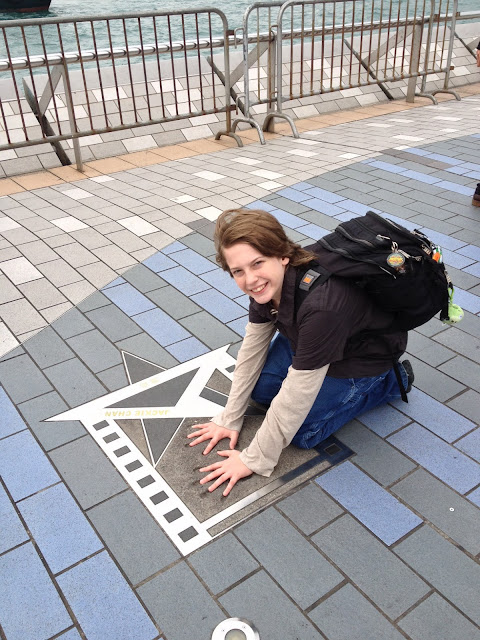 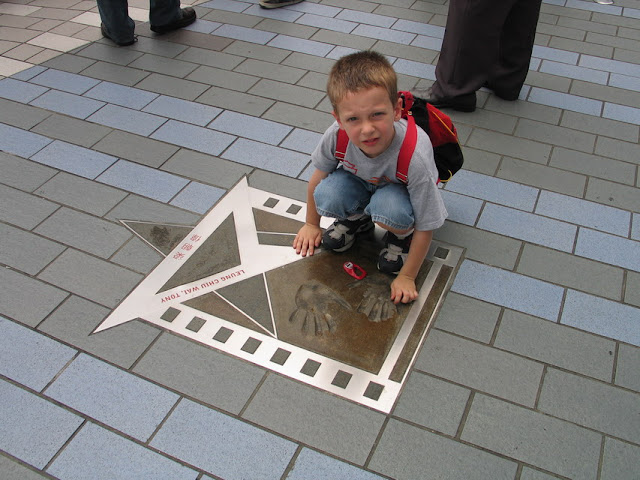 Both times Nathan said to me, "Why am I doing this?" In the photo where he's 4, you can see the question on his face. But in the photo where he's 12, he's had more experience with me and my crazy photo taking ways, and just goes with it. I love that kid! These stars have the names and handprints of famous Chinese film actors. The older Nat has his hands in Jackie Chan's handprints. The younger Nat is crouched over Tony Leung Chiu Wai's hands.

And finally, a photo of Benjamin that just absolutely slays me: 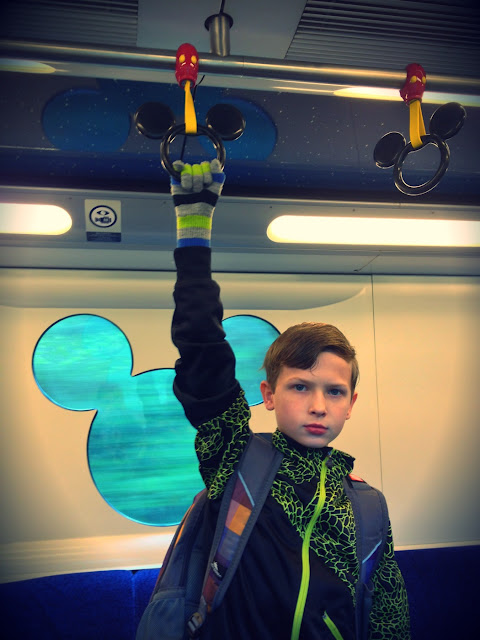 This is our first morning in Hong Kong. We were staying at the Disneyland Hotel. The boys knew we'd be going to Disneyland, and assumed we'd do it on the first day. Sadly for them, this was not the case. Our first day involved meeting up with ten different friends throughout the day and evening, as well as going to an art exhibit. This did not meet with Benjamin's approval. Especially since getting to where we were going involved taking the hotel bus to the entry area of Disneyland and then riding the Disneyland MTR train (as seen above). Benjamin loves Disneyland as much as I do. He was so unhappy and refused to speak to us when he realized we were passing the park without entering. But I had to take a photo anyway, because just seven months ago when we still lived in Macau, we went to Hong Kong Disneyland one last time and Ben could only reach those Mickey Mouse rings by jumping or standing on his tippiest-toes. Now he can stand flat footed like the rest of us. But I adore the juxtaposition of his incredibly grumpy face with the cheery Mickey window and hand ring. Kills me to see it! This one is going on the wall for sure. I love this kid, too.

And finally, one last photo from my iPhone, taken on the supposed "last day of the world" of the fireworks over Sleeping Beauty's Castle: 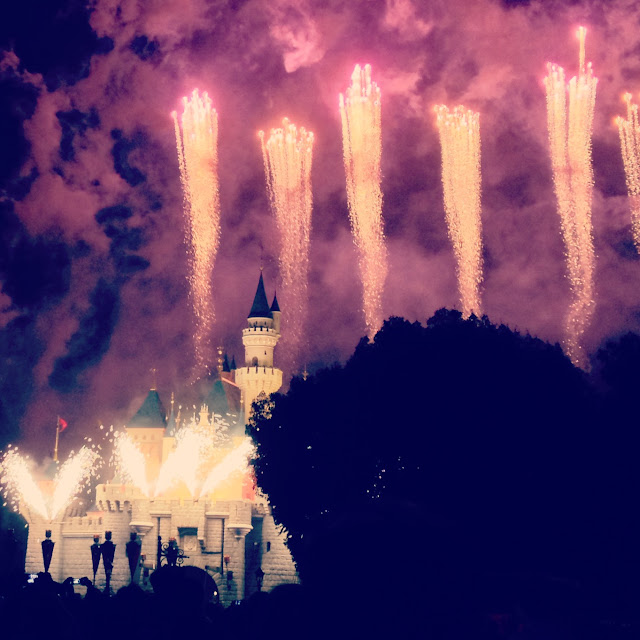 As I stood there with my husband and boys and two dear friends from Macau who came over to Hong Kong for the day to join us at Disneyland, my heart swelled with joy and I thought to myself, if this is the last day on earth, this is absolutely the way to go.