Early this morning I was waiting on the street in front of our complex for a man in a blue taxi wearing a blue and white striped shirt to pull up and deliver me ten perfectly ripe avocados. I'm not a morning person, but I will get out of bed for my favorite food on earth, especially when a new friend calls to say she scored a deal for a dollar apiece. Considering they are usually in the five dollar range, I did virtual back flips to get in on the bounty.

While waiting, I got to see many things I normally do not. Such as a long line of taxis parked at the curb, waiting for the morning commuters to come out. And something that I usually only hear from my flat, 38 stories above the street.

A van exiting our complex pulled to a halt at the driveway. Out popped a man who placed a colorful box on the ground. He then lit it on fire and ran back to the van. I was already taking a photo of something else, so I caught him in the act. 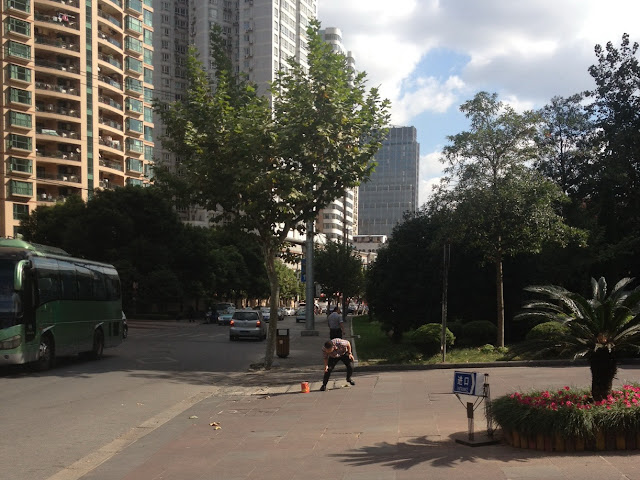 And then stupidly, I remained standing where I was, camera ready for whatever else was about to happen. I got a photo of the smoke and then quickly put my hands to my ears to block the sound of the explosions coming out of the box. As the last boom of the box issued forth, the van drove over it and into the street, the driver confident that his small but loud act had frightened away any evil spirits haunting him on his path to happiness. 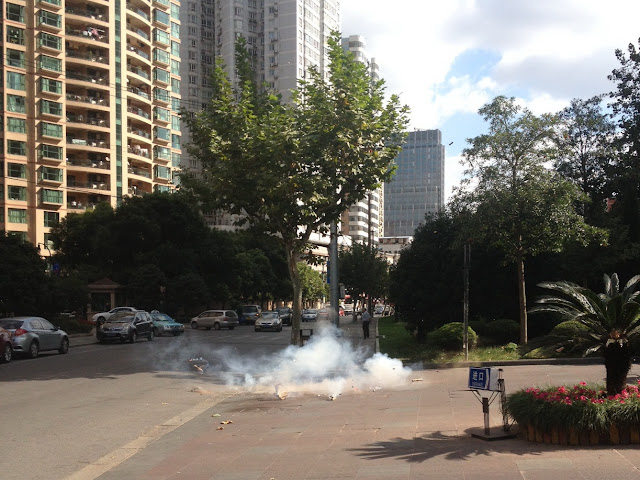 I'm just glad it didn't frighten the very next car away, which happened to be a blue taxi carrying a man with a blue and white striped shirt carrying the precious cargo of my ten perfectly ripe avocados. 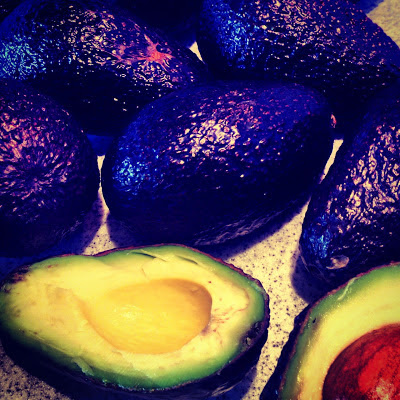 Because I totally would have hunted down, and then haunted, that van driver for all my remaining days in Shanghai.

Also, happy birthday to my friend Lori. Perhaps China was celebrating her birthday with a big bang.
By Heather Rose-Chase at October 11, 2012

Email ThisBlogThis!Share to TwitterShare to FacebookShare to Pinterest
Labels: Fireworks, Food, Shanghai, This is China