I have been in three major car accidents in my life. 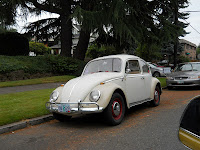 The first was when I was about five, in my father's Volkswagen Beetle. A car going the opposite direction pulled into our lane and we slammed into him. My Dad's nose was almost completely cut off. I cut my head, and my brother hit his head hard on the handle attached to the glove compartment. That day marked my first ride in an ambulance. The ambulance guys pulled a sheet over my Dad's face to hide the gore from my little brother and I, but thanks to cartoons and television, even a five year old knows a sheet over the face means the patient is dead. I screamed louder than the siren and didn't stop until we got to the hospital where my Mom met us and assured me he was fine. His nose was reattached, but he has no feeling in it! I remember that night my Mom dragged mattresses into the living room and we all slept together there, where she could see all of us at once. 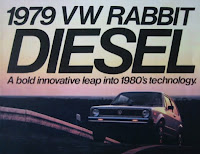 The second was the second day of school my junior year of high school. I lived an hour's bus ride from the school, but it was closer to forty minutes if I drove my own car, a diesel Volkswagen Rabbit. My parents had a rule that I could take my little brother to school with me, but I could not bring friends. I broke that rule and picked up my friend Jessica and my brother's friend Mike and we all took off for school. About a mile from the bus stop, the car started shaking. I freaked out a little as the driver's wheel jerked about in my hands. My brother reached for the wheel, and going into a long curve on the road, my rear passenger side tire hit the gravel on the side of the road and started fishtailing. I over-corrected, the car went into a spin, and we flipped off the opposite side of the road, rolling down a ravine and coming to rest along the barbed-wire fence of the local Army base. I will never forget the deafening silence of a car being upside down in the air, touching nothing. Soldiers saw it happen and came running just as the school bus drove past, our classmates horrified at the flattened car filled with their friends. We were taken to the hospital on base, where my mother had just started her first day of work in another area. She came rushing in to find my friend Jessica on a gurney... in shock, she asked Jessica if she too had been in a car accident. Jess informed her that I'd tried to kill her. Amazingly, miraculously, we all walked away. Sadly, another friend of mine from high school died in the exact same spot a few years later when her car also flipped off the road in the same manner. Jessica and I are still friends however. I was in her wedding and I'm her son's godmother, so I guess trying to kill her didn't mean we couldn't still be friends.

The third accident happened in 1997 when Michael was on tour with Pixar's A Bug's Life and I was driving his diesel Volkswagen pick up truck while he was gone. I was making a left hand turn into a parking lot, and the line of cars coming toward me all stopped to let me go. A boy who had just turned 18 and filled the family car with a bunch of his teenage friends went out joyriding. Seeing the line of stopped cars and not wanting to wait, he illegally passed all the stopped cars driving about 45 MPH in the gutter on the right. I was halfway through the turn and he T-boned my truck. The impact sent the truck sliding into a curb, where it flipped up and hit a concrete post and then slammed back into the street. The impact broke the front axle and all the glass in the truck. Amazingly it did not break me, though I spent months in physical therapy and still have residual pain in my back from the impact to this day. The boy and his car and all of his teenage friends escaped damage, thank goodness.

So what do all these accidents have in common?

After the third accident, we said no more and went out and bought a Saturn followed by a string of Toyotas. No more Volkswagen for me! So imagine my dismay when we moved to Shanghai and found that all the taxis are made by Volkswagen! 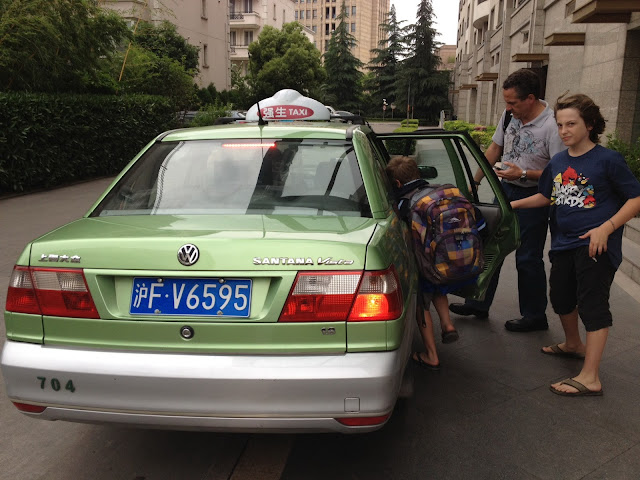 Does this make me nervous? Oh yes it does. Especially since we must rely on taxis if we want to go anywhere beyond the reach of the Metro train or our own feet. Since the boys were born I've been praying and praying that they will never in their lives ever be in a car accident. I was incredibly lucky to have walked away from all three of my car accidents and I don't want the boys to even be in a little tiny fender-bender. So far, so good.

Yesterday our family and our guest, Andrew, took off for a location about an hour of the Shanghai city center. We took the Metro train as far as we could, and then hopped in a taxi to go the doorstep of our destination. Most cars here don't have seat belts in the backseat, certainly not taxis. This was also the case in Macau, so nothing new here really. While Andrew has been visiting, we've been cramming the four of us into the back seat, putting Ben on Michael's lap, and then letting Andrew sit in the front next to the driver (which has a seat belt about 60% of the time). We've seen taxis jammed with even more than five passengers, so beyond an initial thought of, "we could never get away with this in the States," I haven't thought much about it at all. My biggest worry is more about how if/when we return to the States, how will we all get used to the mandatory wearing of seat belts once again?

After our day of fun, we all went to jump in a taxi. For the first time ever, the taxi driver refused to take five passengers. Since we were at a hotel and the desk could call us a second taxi, we just had Michael and the boys head to the train station in the first taxi while Andrew and I waited for the next one. We waited quite some time before our ride arrived. We never even got off the hotel lot before our taxi and an electric motorbike carrying two non-helmeted passengers collided with a loud thud. I looked out my driver's side rear window to see a mangled motorbike, a tangle of legs, a woman's bare behind (her skirt was around her waist), and blood. I couldn't open my door without hitting the pile of bike and bodies, so I pushed Andrew quickly out his passenger side door.

Before either my mom or Andrew's mom reads this and freaks out, let me just say that we are all okay. No damage to us, not even mild whiplash. I think I smacked my arm against either my door or the Plexiglas back of the driver's seat, but it all happened so fast and I had a quick moment of panic that we'd actually ran over them that I didn't really notice.

After we got out of the taxi and I heard the woman moaning and saw the man moving a bit with blood on his face, I left Andrew and raced back to the hotel lobby to tell them about the accident. Since they'd just seen me leave in a taxi after telling the driver our destination in Chinese, they all smiled and said, "You are going to the train station!" It took a bit of charades and finally a tug on their arm to get them to come with me. I didn't know if we'd need to stay for the police or if we could just go. I handed over a pack of tissues to both the man and the woman and then the hotel employee herded Andrew and I back to the hotel entrance to get a second taxi. We didn't protest.

As our next driver passed the first by, we saw the man on his feet smoking a cigarette, tissues pressed to the bleeding wound on his forehead. Andrew said the bone had come through on impact with the side of the taxi, but I tried not to look. The taxi had a sizeable indentation along the driver's side and the lady was rubbing her ankle. We made it safely the rest of the short ride to the train station and told Michael all about the craziness. And I felt immense gratitude that though quite minor, Nathan and Benjamin weren't in the car with us!

Every single day here I see crazy dangerous driving and I continually wonder why we never actually see any car accidents. Thanks to the little collision yesterday, I can no longer say I've never seen an accident here! Calm, quiet Andrew just shrugged and said, "That was quite an adventure."

Glad the adventure will continue another day for all of us!
By Heather Rose-Chase at August 06, 2012