We're in the midst of house hunting and it's come down to the final two: an inexpensive flat with luxe furnishings close to Michael's current office (which will change as the project gets further along and he moves onsite) with a grocery store nearby, or a pricier flat downtown right along the Huangpu River with stunning views, an open kitchen, and huge bedrooms, access to the waterfront park, with a bit of a walk to shopping.

We always like to visit a potential home at different times of day, especially at night, to see what it's like away from a sunny weekday when no one is at home. And in this case, we wanted to see what the commute was going to be like for the flat that is further away.

Taxis are indeed inexpensive, it would be about 24¥ (Yuan) or $3.00 USD to get from the office to the river flat, but we wanted to try out the Metro, Shanghai's subway system. There is a stop right outside Michael's office and a stop about an eight minute walk from the river flat, so we wanted to see what the transit time would be in between.

There are 12 lines, conveniently numbered 1 - 11 and one named M. The Metro map is easy to navigate, it is similar to Hong Kong's MTR. We had to take lines 7, 2, and 9, and were grateful for the incredibly helpful signs and station announcements all in English. We had no problem navigating it whatsoever. In fact, we somewhat left it to the kids to find the next platform, to engage them and make sure they were paying attention!

Door to door total commute time was 34 minutes. We took off 5 minutes to make it 29 minutes for the commute time as we took time to buy reloadable Metro passes, look at signs and our map to figure out which direction on the line we needed to go, and pop our head in a bakery along the way. And because Michael alone is a much faster walker than Michael with two wily boys up past their bedtimes and a wife with much shorter legs. Totally reasonable commute. Best part? The total cost was 4¥, or ~.65 USD!

I think the Metro will help a lot in getting me settled and navigating throughout Shanghai. There isn't a line close to our current housing, which is why we haven't tried it out before now. But we'll use it again this weekend to visit the Science Museum, and be pros in no time! 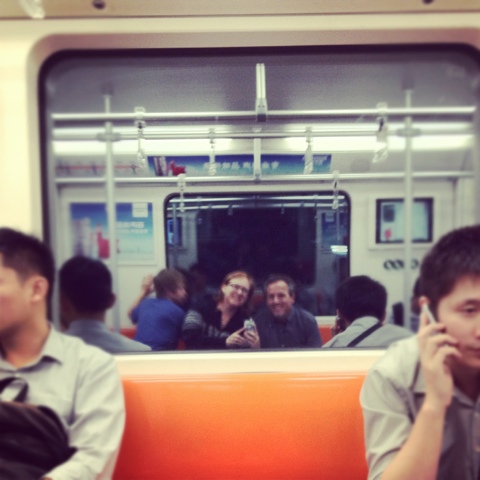 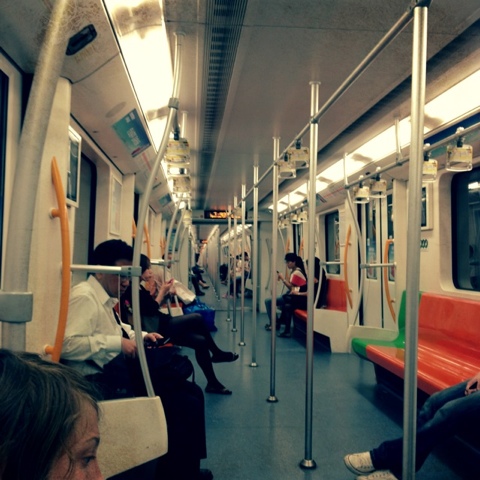