I'm definitely warming up to Shanghai. My feelings of being overwhelmed with it all are fading away as we do more exploring and the sorrow over leaving Macau fades just a bit. Every Saturday we've used as an opportunity to pick a location and explore. This Saturday we went to Shanghai Culture Square to buy tickets to see Shrek the Musical which is swinging through next month. 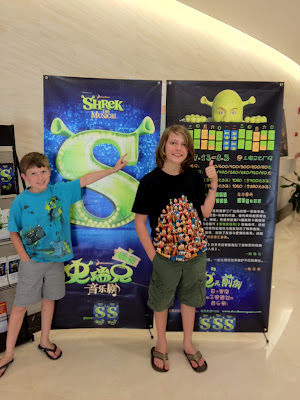 I see a huge difference between China and the rest of the world in the ability to do things online. In Macau we did everything online, from paying our gas bill to picking out our seats at the movie theater. Here in China (or at least Shanghai, I can only speak for here), almost everything is done in person. We had to go into the bank to make a transfer from our account to our new landlady's account. I have to take my mobile phone bill to a shop to pay it. And I can't remember the last time I went to an actual box office to purchase tickets for live entertainment, but you cannot buy them online here! I can see that patience is going to be necessary for survival here! That and a lot of free time. Hmmm.

After our tickets were in hand, we explored the neighborhoods directly around Culture Square. Tons of little shops, cafes, and tiny art studios, which made me swoon. I snapped photo after photo on my iPhone, driving the boys crazy. They asked why I felt the need to document everything I saw... which was a good question. The answer is that whenever you go somewhere new, things are first odd and unusual. And then before you know it, they become normal and you can never again see it as you first did. The photos you take once you've been in a new place for three or four months are never the same as the photos you take when you've been there only three or four days or weeks. And I love to look back in wonder and remember that dazed feeling of everything being strange and unusual and see how far I've come. So I snap away while I can!

After we'd had lunch and strolled up and down the tree-line streets, we jumped on the Metro and made our way to People's Square. I was trying to find another movie theater that I'd read about online that was right around that area. We never found it, but we did exit the subway right into People's Park, directly in front of the gate that is filled with permanent carnival-style rides. Both the boys were in a blue mood, thinking of friends in Macau that they've been missing, but something about those noisy kiddie rides snapped them right out of it. 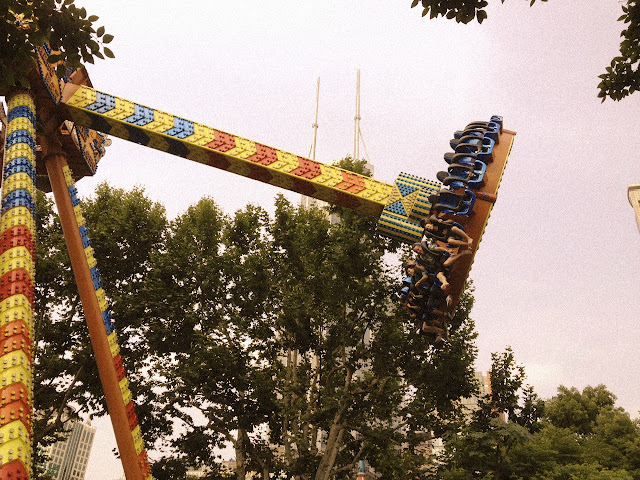 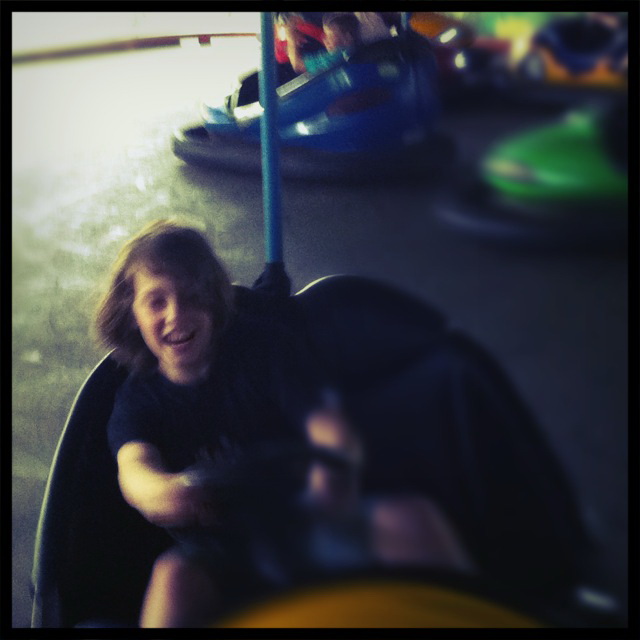 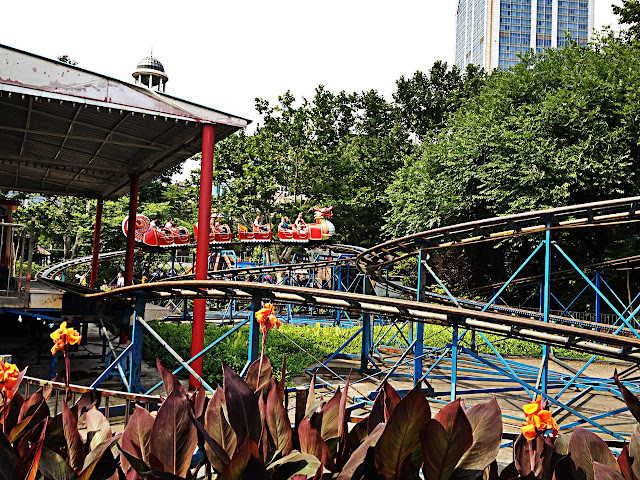 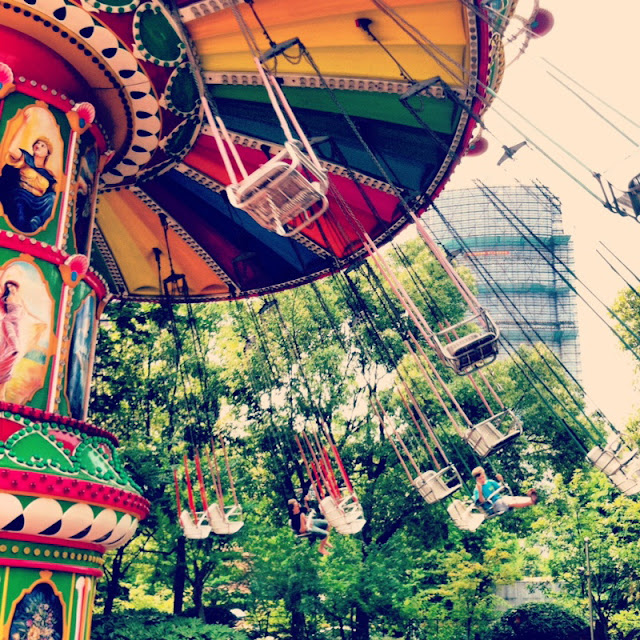 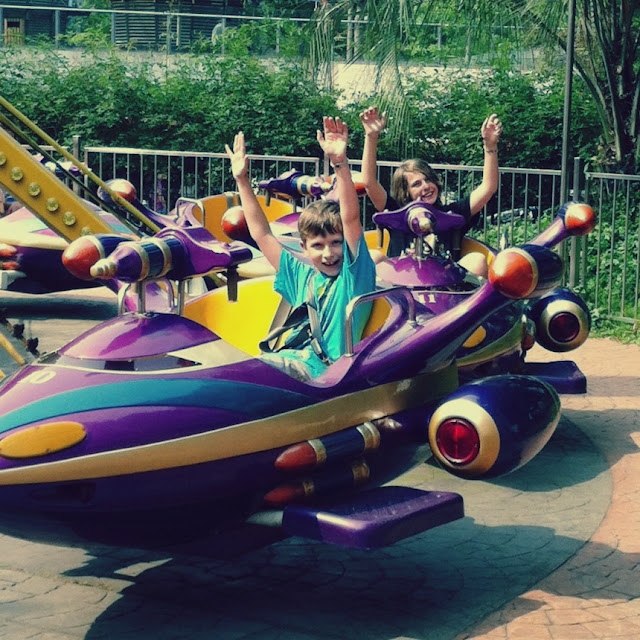 The park was full of locals with their little kids. I saw one other non-Asian family wandering through the area. Poor Benjamin was fending off people who kept rubbing their fingers through his hair. Nathan wasn't touched, but he was photographed quite a bit. I don't know if it is their age or size, but I am finding that people are a lot more discreet about taking their photo than they were when the boys were under four in Tokyo, Hong Kong, and China. I've had one or both of them snatched from my arms too many times to count when they were little, passed from person to person while someone snapped photos like crazy. Now that Nathan and Ben are old enough to know what is happening, I let them choose. I have no problem with them throwing an arm in front of their face or turning their back if someone is holding a camera up to them. Some might call it rude, but I draw the line on the other side of people photographing my children without asking them (or me) first. Michael didn't notice it nearly as much, but I think perhaps I'm just more sensitive to it. Maybe it's a mom thing?

We did more wandering outside the park, which I'll save for a post of its own. But all in all, it was a great day for the whole family. Months and months ago we'd purchased tickets to see the London cast of Annie on a tour that was coming through Hong Kong. Sadly, we moved to Shanghai a few days before the show. I found someone more than thrilled to take the tickets, but I was so sad to miss an opportunity to see a show. With tickets in hand for Shrek and a calender of events at the many theaters and galleries here in Shanghai, there is a certain song from Annie that just won't get out of my head! I think I'm gonna like it here!
By Heather Rose-Chase at June 17, 2012

Email ThisBlogThis!Share to TwitterShare to FacebookShare to Pinterest
Labels: Shanghai