I'm no coffee connoisseur (or consumer for that matter, caffeine and I have an acrimonious relationship due to my propensity for blinding migraines), but I do have a thing for frozen, blended caramel beverages served with a generous amount of whipped cream, such as the caramel Frappacino served at every Starbucks the world over. My preference is the one served at Coffee Bean and Tea Leaf, followed by the one at Pacific Coffee (a Hong Kong brand found all over Macau and China) and then finally Starbucks' version, but hey, I'm not picky. If it is cold and caramelly, I will drink it with relish.

Macau has three or four Starbucks, but Shanghai is just like Los Angeles, there is one on just about every corner. Including the corner we live on. Or so I thought.

Today it was pouring rain and my plans to explore our immediate neighborhood were stymied when Ben slipped in a puddle and fell hard on the marble lobby floor. After icing up his knee, popping in a DVD, and plopping the puppy in his lap, Nathan and I decided to brave the rain for frozen caramel goodness for me, a blueberry muffin for him. In a sad and unexpected turn of events, we walked to the corner to find the storefront dark, the iconic sign ripped from the wall above the door, and a sorrowful letter taped to the glass stating that sadly, they had decided to close shop. Yesterday. As in two days after we moved in.

Nathan shared my sorrow, only because his love of Starbucks has everything to do with the free wifi he craves so he can play games on his iTouch. So close.

We explored further afield, making large loops around our complex, coming upon a McCafe (nice coffee house with Starbucks-style drinks and prices, run by McD's), a Gloria Jeans Coffee, a Sasa Coffee, and a sign saying there was a Starbucks in the mall that we walked past. All great, but I'm still sad we lost the Starbucks that was visible from our bedroom window, so soon after we moved in. My biggest hope would be that a Coffee Bean and Tea Leaf opens in its place. That would be super sweet with extra whipped cream on top! 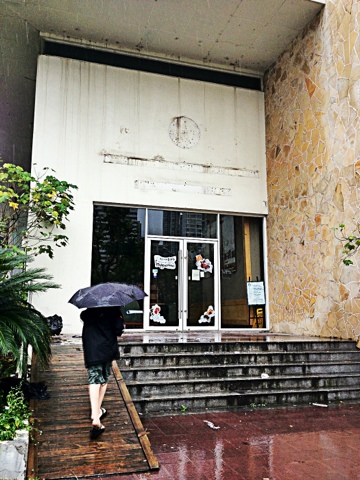 Email ThisBlogThis!Share to TwitterShare to FacebookShare to Pinterest
Labels: Coffee