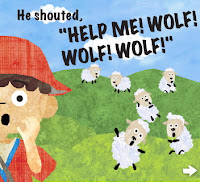 Remember the story of the little boy who cried wolf? How he got some sick pleasure from constantly waking up the villagers declaring a wolf was on the prowl when there really wasn't? And in the end when a wolf finally did come to attack, he cried out and nobody believed him and he got gobbled up?

I'm totally identifying with that little boy getting gobbled up today. I'm always crying wolf. Only in my case there's a real wolf each and every time. And so far every time I yell for help, people have been rallying around with great excitement and support. But my fear is that at some point people are going to get sick of all these wolves and move on, leaving me to get digested by my furry friend.

Did you just say Huh? What's with all the wolves, Heather? Let me clear up your confusion.. replace the word wolf with the word move.

That's right my friends, we're about to make another move, lucky number thirteen. Thirteen moves in sixteen years of marriage. But who's counting, right? Well, us. And the many, many people who have helped us move over the past sixteen years! It's excessive, even by standards of our friends in the military who generally get at least two years to sink into any particular location before being shuffled on to the next.

We all honestly thought Macau was going to be a place where we could sink in and develop some roots, the kind that grow when you stay in one place for 3-5 years. In fact, I wouldn't have sold off just about everything we owned back in the States, or brought a dog into the family if we weren't operating off that belief. But, as my favorite Beatle liked to say, life is what happens while you're busy making other plans. Life happens, our plans have changed, and we are leaving Macau at the end of May.

So where are we off to now? Not too far, and yet a world away. We're moving to the Mainland. Of China. Our next hometown will be Shanghai, People's Republic of China. We're exchanging our green flag for a red one. (Doesn't that sound alarming?)

We've lived in both Special Administrative Regions to China - Hong Kong and Macau. Both have autonomy in all areas except military and foreign treaties, and enjoy incredible freedom. It's going to be interesting diving into a place that provokes a reaction in most people from the west, myself included. I can see across the border into China from where I sit typing right now. After almost a year of this proximity, my awe has not been reduced a bit. Sure, our other homes outside the U.S. were in foreign countries, but Mainland China feels much more foreign. I'm terribly excited to get in there and make it feel less so. I'm also terribly sad to leave Macau, a place I've fallen in love with and the friends who make every day an adventure. The act of moving house may get easier, but leaving people you care about never does.

So, some answers to the questions swirling in your head right now...

Whatcha doing? My husband Michael will once again be making a special brand of Magic which is near and dear to our Disney-loving hearts. This time he'll be working in a different capacity than he's ever done before, one we are all excited about.

How long? We'll be in Shanghai through the end of 2015. Though if we've learned anything in thirteen moves during the last sixteen years, it's that plans change. I'll believe it when the end of 2015 arrives and my return address still says Shanghai, PRC. In the meantime, if you want to visit, do not delay!

Nathan and Ben? The children are pretty thrilled. They love the Mouse and are proud of their Dad. They are also thrilled that Shanghai and our former home in Tokyo are just a two hour flight apart, which means visiting another theme park my husband built, along with more old friends we haven't seen since before our oldest could walk. Shanghai is huge, with a lot to offer the younger members of the foreign population. They'll fit right in. And since we'll be residents, exploring the rest of China will be that much easier, which is pretty exciting to them. Ben has no memory of previous visits to the PRC, but Nathan does. We're looking forward to making a whole bunch more!

The blog name? Uh, yeah... that. I thought the name Wandering Macau was so clever. I also thought we were going to be here longer than a year. My goals for that blog were to let the people who love us know what we were up to, document my experiences, and educate people about life in Macau (especially people who were thinking about moving here). It met all of those goals, and as a result I met a bunch of local people who found me through the blog, and convinced three people that I know of to jump off the fence and move to Macau. But sadly, the name Wandering Macau only works if you are, in fact, wandering Macau. Less so if you're elsewhere like we're about to be. Prior to Wandering Macau there was Boy Wonder, which was all about my two boys, less about me.

I decided to pick a brand new name which could give you a snapshot of my life in a short phrase. Thus, My Wandering Life. Because no matter how I try to stay in one place, I apparently have a shelf-life of about a year in any one place. I don't want to jump from blog to blog to blog every time we have a new location or a new phase of life. So thank you to those of you who have been with me since 2008 when I started blogging who have jumped around with me. This is the last change. I hope. Fingers crossed! And for those of you who are brand new, welcome! I went and imported both of the other blogs so you can go back to the beginning if you choose. I'll only be blogging here from now on, so bookmark, subscribe, whatever you need to do to not miss anything. 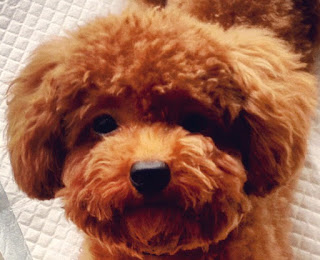 The dog? There were a couple of other countries on the shortlist of where we might end up, and all of them have pretty intense quarantines for imported animals, which needs to be served out in a government facility (nice as they may be). For example, the quarantine period in Hong Kong is four months. Australia is six months. Can you imagine putting a six month old puppy into a facility for six months? Even if we have the ability to visit every day, it's still a hard separation. Just look at her face! Can't live without it! But Mainland China has a 30 day quarantine. Seven days are spent in the government kennel, and then the remainder are spent in your home. Lucy thanks her homeland for being so flexible in keeping her with us!


If you're leaving Macau, why don't you just come home? We told our immediate families and a few friends in the States, and this was a big question. Or big concern, phrased as a question. Home is a nebulous idea to the four of us. And perhaps our definition is different than yours. We do not now, nor have we ever, owned a house. We are not tethered by vehicles or furniture or a mortgage. Before blowing out the candle on his first birthday cake, Nathan had lived in Southern California, Japan, and Northern California. If you ask him, my blue eyed, blond child may tell you he is Japanese and that he just wants to get back to Japan. My son Benjamin calls San Francisco, California home, though he personally only spent the first six months of his life there. Ben was born with congenital heart disease and a kidney defect (both under control or we wouldn't have moved away from Stanford's Children's Hospital in the first place). I can call anywhere in this world home so long as there is a pediatric cardiologist within an hour of the place I lay my head at night. And Shanghai has a great children's hospital with an excellent team I've already spoken with. So we're good there. Michael will say that wherever I am is where he wants to make his home, because my gift is making anywhere we go warm and homey, using whatever meager resources are at my disposal. So as far as going home goes, we're as close as we're going to get on Earth. Tonight it's Macau. In a few weeks it'll be Shanghai. At some point it may once again be the United States of America. Let's just cross that immigration checkpoint once we get there, shall we? In the meantime, we are happy and together and that is everything we need.

I have great news for all my dear friends and family members who have repeatedly answered the call when I cried wolf, er... move: this time around there will be professional movers doing everything. Our only job will be to stay out of the way. What a relief! I know all this moving may make your head spin, but don't give up on us just yet. Enjoy the ride from the comfort of your own wolf-free home!

Our immediate plans are to head to Thailand for a long-awaited holiday, then to make our way north across the border. As always, you will be more than welcome to come join us for a holiday of your own. The only difference with the move this time around is you're going to need a visa.