Chiang Mai, Thailand is home to the most incredible place, the Night Safari. It's similar to the San Diego Wild Animal Park in California but with more direct access to the wild animals. The tram you ride in has completely open sides. And they sell you baskets of carrots and bananas which you can feed the animals which follow along, poking their noses into your laps. Most of the animals roam free, separated by cattle guards (pipes set in the ground which discourage them from moving to the next area).

We fed so many animals, but the highlight for me was a particularly hungry zebra who wanted what was in my basket... The more I tried to move it out of his range, the more he went after it. His head was across my legs, and realizing he was going to end up in my lap, I grabbed a carrot to toss behind him. His tongue swept across my leg, and he grabbed the carrot from my open palm before I could toss it. I took advantage of the proximity and dared to give him a quick pat. Pretty amazing stuff.

Since the Night Safari takes place after dark, it's quite hard to photograph. Prior to the start of our tour, we ate at the Giraffe Restaurant. It shares a glass wall with an enclosure filled with giraffes and zebras on one side, and lions on the other. It was nearly impossible to get my kids to eat their dinner, what with the giraffes eating theirs just feet away! As soon as we were done, we went upstairs to the second story which is wide open, giving you access to the animals.

We bought a couple of baskets of greens and fed the giraffes from the palms of our hands. Their tongues are purple and feel like big grit sandpaper, and their saliva felt like rubber cement, thick and sticky. But oh my goodness, weird sensation aside, it was the most amazing experience. There was no one else up there with us, so we got lots of attention from our long-necked friends.

I would say the Chiang Mai Night Safari is a must if you're in the area! 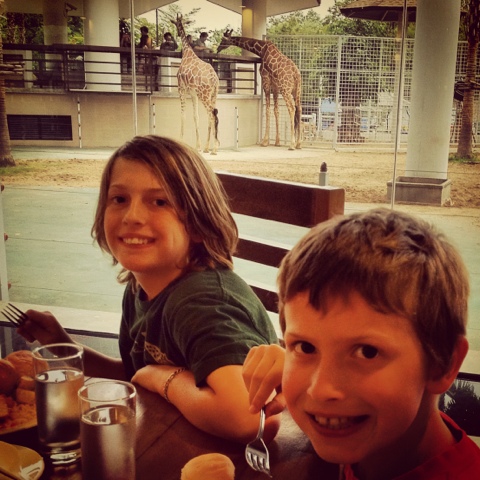 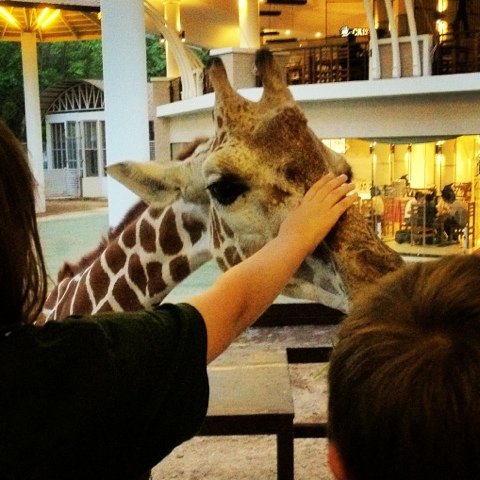 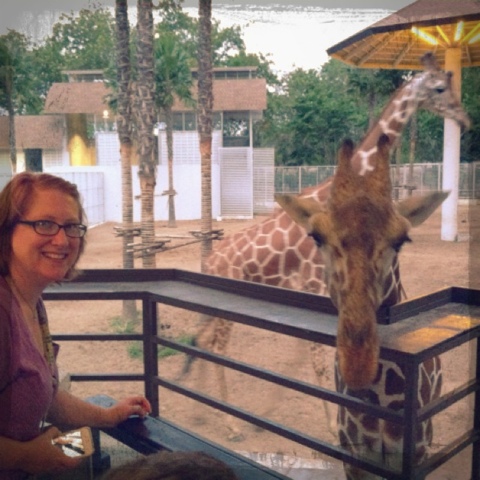