Top thing I've heard over the last six months: I could never do what you are doing, living in a foreign country like that!

You know what? I think you could if you had to. And I'm part of a community of expats living far from their home countries who would agree with me.

The first time we moved out of the United States, it wasn't really our choice. Michael started on that particular project knowing there wouldn't even be a business trip to Tokyo in the budget, let alone a relocation for his wife and baby-on-the-way. Imagine our surprise when he ended up going on half a dozen business trips followed by four weeks notice that we'd be moving to Japan. With a newborn. I don't think we ever sat down and had a discussion over whether we could or couldn't do it. We just did it. It didn't sink in until a year later how crazy that was. It was difficult, yes, but we had nothing but incredibly great experiences as first time parents in a place where no one spoke our language.

Our second international move was a bit more intentional. It was a really great opportunity for Michael. I wasn't thrilled going into it because this time around I was doing it with two kids, one of which had a pretty serious heart condition. Honestly? It was just about the most difficult time of my life. But I made the most of it and have several deep and lasting friendships I wouldn't trade that hardship away for. I was filled with anticipation about what was to be our third international move back in 2008 to Macau for a three to five year period. However, it derailed exactly 30 days before we got on a plane. The world financial crisis nearly took out the company that was paying us to relocate. And now we're in Macau for real, for a different company, for three to five years.

Along the way I've learned so much, collected so many resources, and gleaned wisdom from others who've done this way more than I. I'm not the expert, though I do know her. There are a few things which helped me survive, and even thrive, my way to this point. And thanks to this blog, I have a tiny platform to share some of that knowledge. Considering I spend part of every week responding to emails of people asking questions about moving to Asia, I figure there's at least two or three people interested in what I might have to say, right? So here's what I'm going to do. Very casually, every week or so, perhaps irregularly, and in no particular order of importance, I'll share little tidbits of what I've learned.

Here it goes, with Tip #1. Let's start at the very beginning, before you've moved at all. When it comes down to deciding whether or not you (or your spouse) should accept that international relocation, or if you should sign up for the semester abroad at school, let me borrow from Nike: 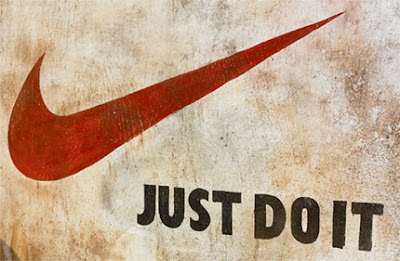 Make all the lists of pros and cons you want, but I've found the major reasons why you shouldn't do it can end up being valuable assets and major opportunities for growth down the road if you do it anyway. One example? Our time in Hong Kong, that second relocation I mentioned? My top reason for not going was because we'd recently had a second child, one that was born with congenital heart disease (more about that here). Even though Ben was completely stable, I was petrified to move more than an hour away from the pediatric cardiologist who'd treated Ben since birth. Moving to the other side of the planet? Unthinkable! However, it was the cardiologist himself who convinced me to go (the fact that he had a friend's card in his wallet who happened to be a pediatric cardiologist practicing in Hong Kong sure helped). As result, a big change happened. I stopped seeing Benjamin the boy with a heart condition, and started seeing just Benjamin the boy.

This transformation was noted toward the end of our time in Hong Kong when we flew to Beijing to climb the Great Wall of China. On a hot September day, 3,500 feet above sea level, three adults and Nathan were trudging along, our lungs straining, our muscles groaning at the uneven steps that seemed to go on forever. But not Benjamin. 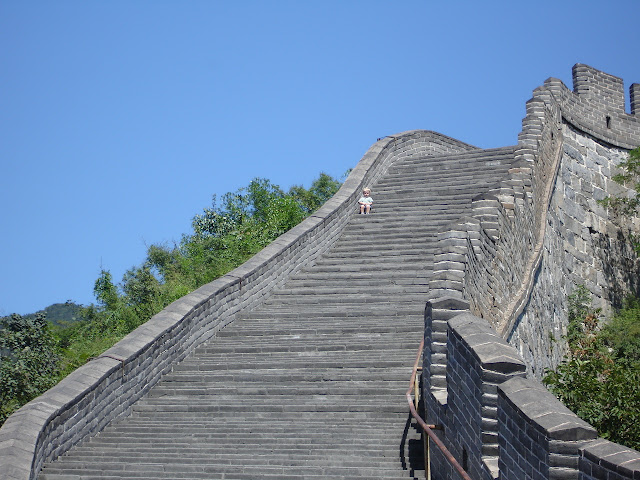 Ben was so far ahead of us, we had to yell at the top of our lungs to get him to stop and just wait. He waved his arm and yelled back impatiently in his two-year-old voice 'um ON, Mama, 'um ON!

I would not have easily given up hovering over him and aggressively fighting off threats (real or imagined) had we remained in the safe, protective bubble of the San Francisco Bay area and Stanford University Hospital. And I would not be raising the fiercely independent, incredibly curious, and breathlessly fearless boy that Benjamin is turning out to be, had we not ignored the scariest thing on the cons list, boarded that plane, and moved to Hong Kong. Of course, if you or a family member have a serious health condition, I'm not telling you to throw caution to the wind and do it anyway. After all, we had the blessing of Ben's health care team and we were moving to a place with excellent medical facilities and doctors. I'm just saying that "It will be hard" shouldn't be your most compelling reason to turn down the opportunity to live and work abroad!