So guess what? We got a puppy. 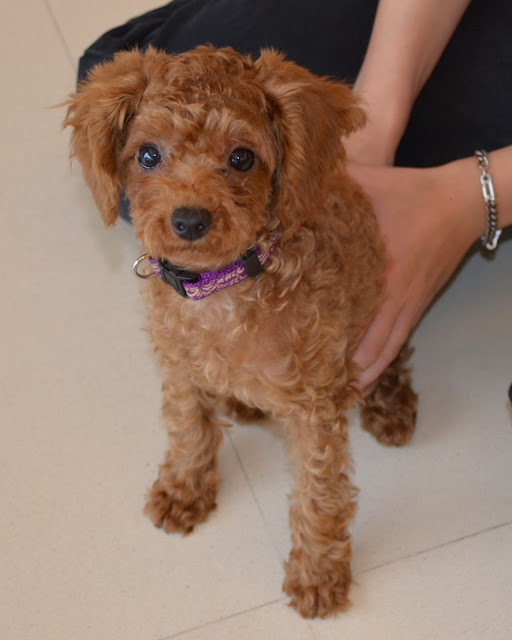 Meet Lucy. She's a six month old toy poodle.
She's pretty much as big as she'll ever get. 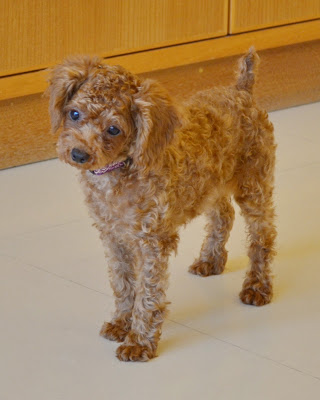 Her hair will get longer, and she might get a little rounder, but she won't get any taller.
She's incredibly tiny: 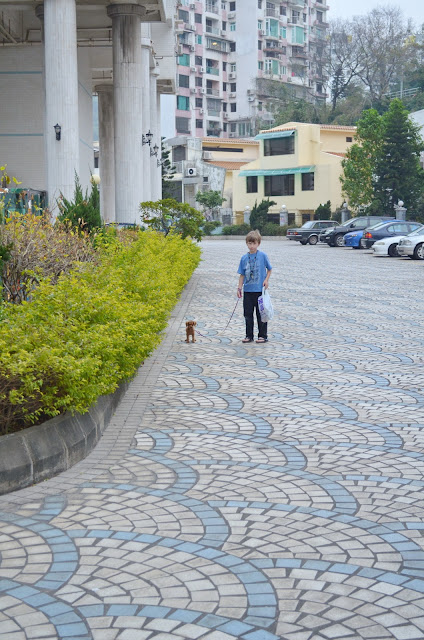 I grew up with big dogs (Dalmatians, Rottweilers, Australian Shepherds) and I've never even considered the possibility of a tiny dog. She's actually quite perfect, small and cuddly like a kitten and very playful, which pleases my active children. We looked at so many animals, cats and dogs, kittens and puppies, in pet shops and shelters. None were right until we found her, housed in a crate with another dog, in a room filled with dogs and cats who were all making so much noise. She didn't make a peep, she just stood on her hind legs to get a better look at us. I lifted her out of the crate, and she immediately snuggled right into my neck and let out a big sigh. Oh dear, I thought. I put her in Nathan's arms and she cuddled against him, giving tiny puppy kisses to his chin. On to Ben, same reaction. I snatched her from Ben to hand her to Michael. She was so content. Michael raised his eyebrows and said, "Yes?" I nodded, and we had ourselves a dog.

We'd been specifically researching breeds that are kindest to people with allergies. Dogs with curly hair are best, as they shed significantly less than their straight-haired cousins. These small poodles are very popular here in Macau. The only poodle I'd heard of before this month was the Standard Poodle, that big white dog always shaved with the pompoms at the ankles. I'm not a fussy girl, so I don't want a fussy dog, and Standard Poodles always struck me as fussy dogs. We'll do our best not to be overly fussy with Lucy. 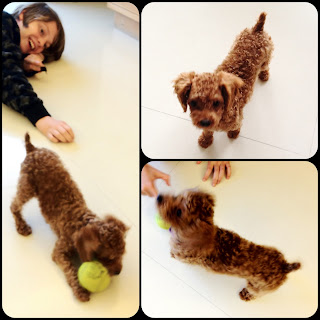 I wanted to give the boys the honor of naming their first dog, but I sorta stole the privilege away. You'd think that because she's a curly redhead we named her Lucy because of a certain famous actress who shares those traits. But not so. We've been having the conversation of to-get-a-pet-or-not-get-a-pet for over a year. Since moving here, it's all the boys have wanted to talk about. After looking for a pet that would be a good fit in earnest, and spending time at the shelters, it made me think of searching for a diamond in rubble. Discouraging at best, and maybe impossible. When this little puppy had snuggled her way into our arms, I thought we'd certainly found a diamond. And being a huge fan of The Beatles, I immediately thought of Lucy in the Sky with Diamonds. I casually suggested it to the boys, and they were sold on the spot.

We've had a revolving door of visitors in the last couple of days, and she has been incredibly friendly to all of them, giving out plenty of cuddles and more than happy to fall asleep in any available lap. In addition, she's got at least half a dozen people hoping we'll go out of town soon so they can dog sit! And my boys? They have not complained once about running downstairs to walk her or cleaning up her accidents (thank God for the tile and wood floors throughout our flat!). I hope it stays that way at least as long as they've been begging for a pet! They've taken dozens of photos on their Nintendo DSi, making lots of fan art with her images. 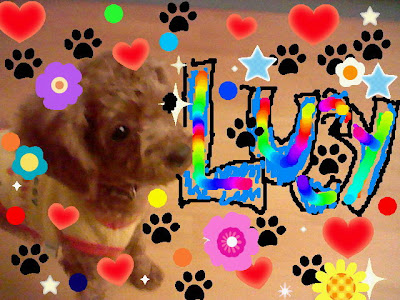