...Coca-Cola wishes you a Merry Christmas
instead of Happy Holidays. 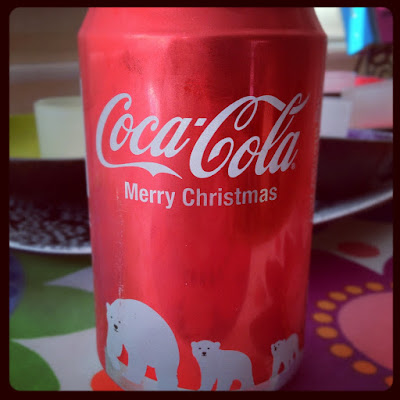 ...a life-sized Nativity set is given a prominent place in the center of town, on public property in a city park, while a banner
proclaiming the arrival of the Chinese zodiac Year of the Dragon hangs in the background. 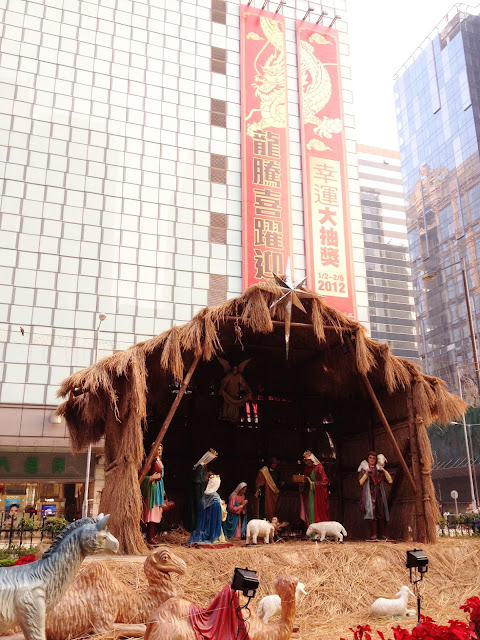 ...Santa Claus declines milk and cookies in favor of wine. 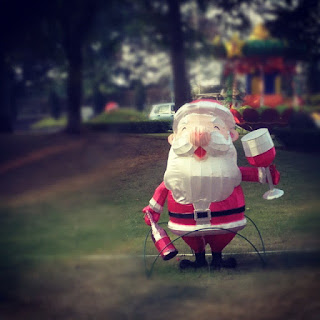 ...and clowns are a prominent part of Christmas decor, all over town. Sometimes Santa is actually sporting a clown suit.
Which freaks. Me. Out. (Coulrophobia anyone?) 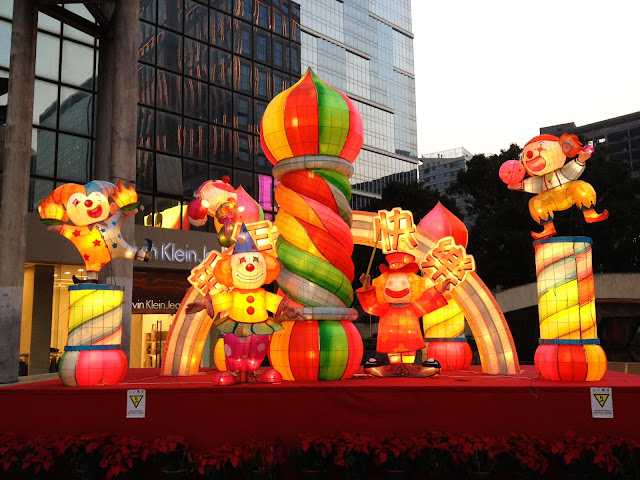 ...the stores on the day after Christmas aren't filled
with people returning gifts, they're filled with people
buying Chinese New Year decorations! 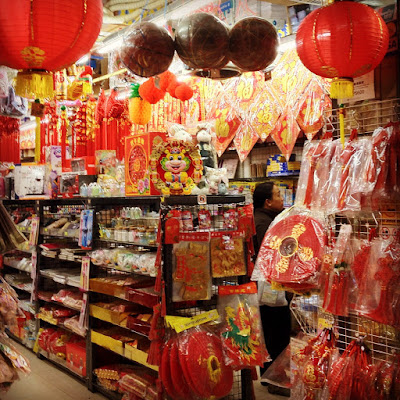 ... And the Chase Family had such an unexpectedly wonderful Christmas that I actually felt little twinges of guilt that we should be so happy while we're so far away from the people who love us. 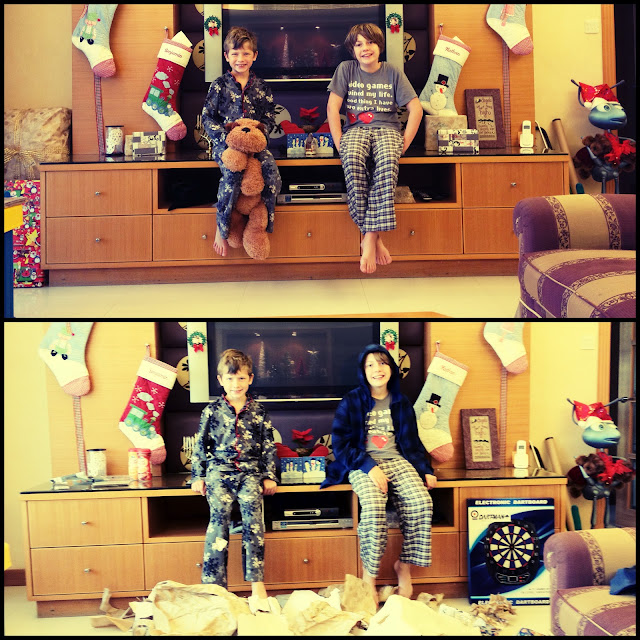 I keep waiting for homesickness to hit and hit hard. And it seems Christmas would have been the perfect time for it, right? With songs about being home for Christmas and blue Christmases blaring from the speakers in every store, priming us for sadness. But no. We had nothing but joy, even though Michael had to work (show biz doesn't stop for the holidays, it's the busiest time of the year!) and we spent the last few hours of Christmas sitting backstage at his show, watching on the monitors and hanging out with the cast and crew. 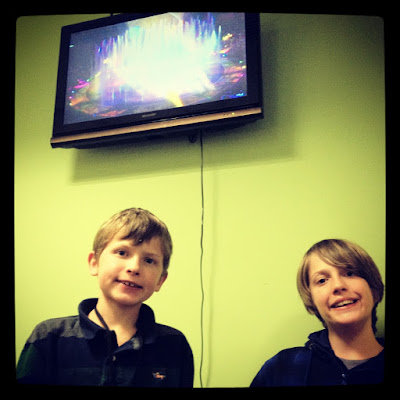 We may not have a lot a traditional traditions, but for us, it isn't Christmas unless there's a curtain call!
By Heather Rose-Chase at January 02, 2012