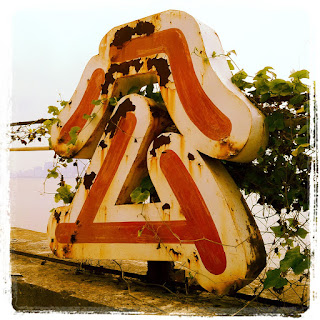 When we first moved to Macau, I was amazed to find just about everything looks run down, rusty and moldy, with peeling paint. It gives everything a look of abandonment, especially if you happen to be strolling down the street late at night or early in the morning and have the street to yourself. 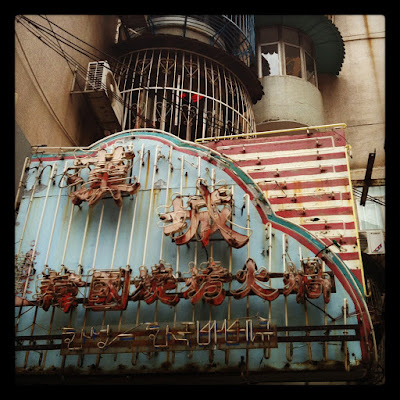 The sea wall in front of our house has letters that read OCEAN CITY TOURIST CENTRE LIMITED in English, Chinese, and Portuguese. All the letters are rusted clean through. My initial impression was that I'd walked into a Ray Bradbury tale... a story of a seaside town where some unmentioned event has cast a shadow over what used to be a thriving community that formerly made all its cash in the tourist trade. I gave myself eerie-cool goosebumps at the delicious, slightly sci-fi, possibilities. Endless hours were spent daydreaming about where all the tourists went... because there is nothing here today. 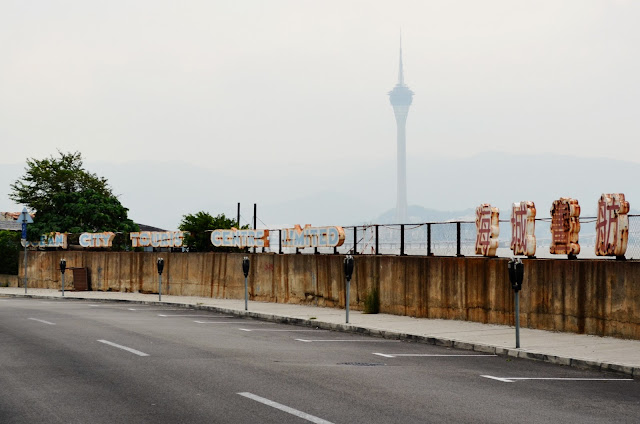 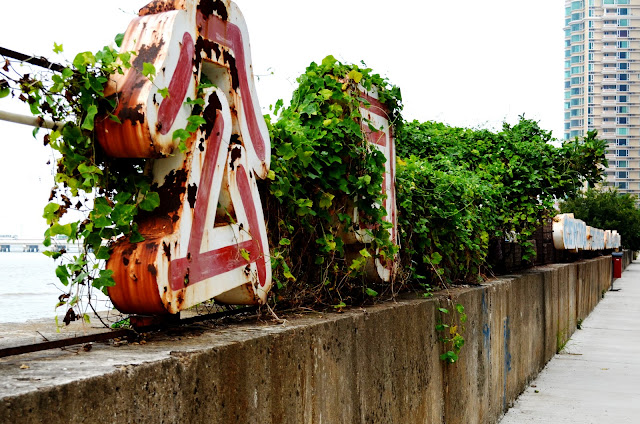 I recently realized I don't notice the layer of rust or peeling paint that covers everything in town anymore. It was only when I was debating taking a photo of something disgusting at the grocery store to send to a friend in the U.S. that it dawned on me how all the strange and foreign things here have become commonplace. So in the last week I've made a point of trying to look at everything with fresh eyes once again. And the poor signs around town have really stood out. Between the harsh sun, the high humidity, pounding typhoon rain, and the salty winds coming in from the sea, no surface here stands a chance. 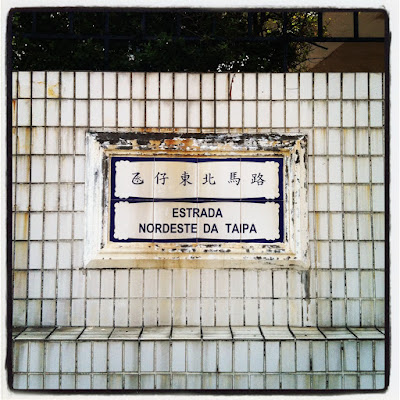 Before long, everything looks aged and discolored. Like it's been here fifty years instead of a few months, like the repaired patch of tile in our complex that was white in September, and is now the color of the rest - dingy, streaked grey.

The only thing that seems to benefit from the climate is my skin. Coming from dry, almost desert-like perpetually sunny Southern California to the humidity in South Asia means I can forgo my daily routine of intense moisturizers and just slather on sunscreen, though it tends to melt off in the heat. All those fine lines that were creeping up on me have fled, thanks to the moisture in the air my skin soaks up. 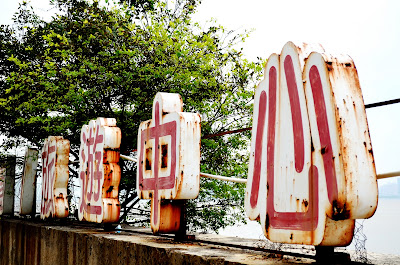 But the Tin Man wouldn't fare as well. He'd be stiff in an hour, and rusted over in a week. Good thing this isn't Oz!
By Heather Rose-Chase at November 06, 2011

Email ThisBlogThis!Share to TwitterShare to FacebookShare to Pinterest
Labels: Around Town, Weather