The historic Border Gate that we visited on Saturday was built in 1870 by the colonial Portuguese to bar access to the people from Mainland China. I found a photo from the 1930's showing what it looked like then. 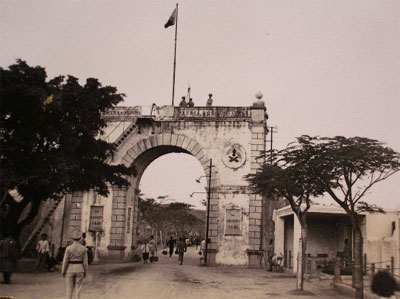 Here is another photo I found, not sure if it was taken before or after. 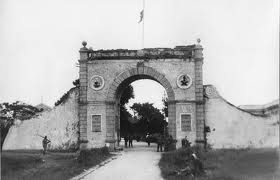 Though it was constructed in 1870, it has four dates boldly marked on the gate that are not 1870. I've been digging to find out what the dates meant in relation to the gate itself, and came up dry. So I started researching Macau history and found some great information.
The earliest date is August 22, 1849.
On April 21, 1846, João Maria Ferreira do Amaral was appointed the 79th Governor of Macau. He was born in Portugal and served in the Portugeuse Royal Fleet. He had an amazing milliatary career, and lost his right arm in a battle with Brazil defending Portuguese rights. As governor, he made some big waves by demanding that all Chinese residents in Macau pay rent and taxes. The Chinese authorities tried to negotiate with him, but instead of hearing them out, he kicked the authorities out and stopped paying customs to the Chinese. His acts, as you can imagine, agravated the Chinese residents, and on August 22, 1849, seven Chinese men assasinated him and cut off his head. 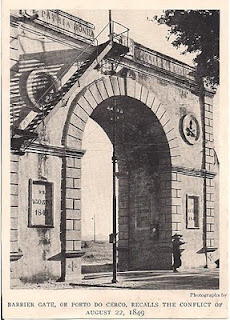