I used to be a really heavy Coca-Cola drinker. It was my beverage of choice morning, noon, and night. And then two years ago I found out I had an ulcer. Coke does terrible things to your gut, and my doctor told me to cut it out completely while taking ulcer meds. After 90 days of water only, I decided to go a full year sans soft drinks. When the 12 month mark came and went, I shrugged and decided to just live without it. I didn't miss the taste of Coke, but I certainly missed the carbonation. I'm a girl who likes a little fizz in her life.

Coke is plentiful all over the world, and always a safe choice when you need to be careful with the local tap water. If you don't go the cola route, you can always order a liter bottle of chilled water with your meal. But with all the water I'm drinking just to combat the heat and humidity, I gotta say it's the last thing I want to drink by choice! So what's a girl to do when she's absolutely sick and tired of drinking plain still water with every meal? 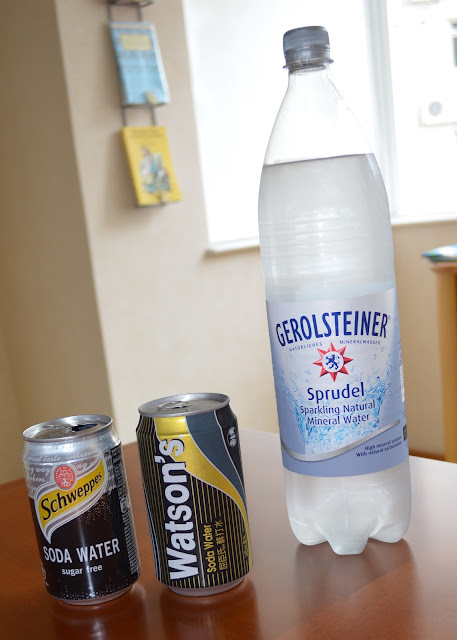 Drink sparkling instead! On the right is a German brand, but I'm mainly pounding back the Perrier when I go out. I'm also drinking Soda Water like it's going out of style, which is available at just about every restaurant and certainly every bar. Price-wise, both soda water and all sparkling water (Perrier included) are far less expensive than what you'd pay in the United States, and far less expensive than what you'd pay for a Coke here. Win-win.

If I'm craving something sweet, then I grab one of these. They also come in a Feijoa flavor (also called pineapple guava or guavasteen) which is more tart than sweet but perfect on a hot and humid day. 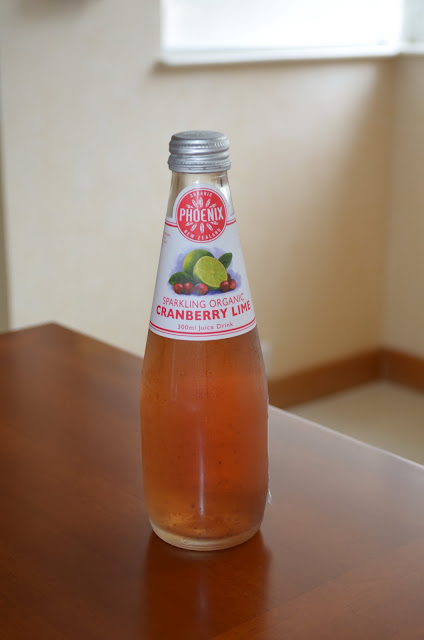 The markets here are filled with all sorts of interesting beverages. I try to pick up a few each week so we can all try something new together. Of course, Fanta isn't new at all, but my boys have never had soda other than the root beer in root beer floats, so they were begging me to try it. They hated it! (Good!) The bottles of Sumol that flank the Fanta are from Portugal. And oh my goodness, I think I drank the entire bottle of pineapple in one sitting! They have actual juice (with pulp) in them and then sweetened carbonated water. A friend from the UK came over for dinner and tasted the orange flavor and proclaimed it to be very similar to Orangina, one of her favorite beverages from back home. I thought it tasted like church reception punch from back in the States - just add sherbet! Once again, it's incredibly cheap when you compare it to the price of Coke here. But my husband won't drink it at all... read on to find out why! 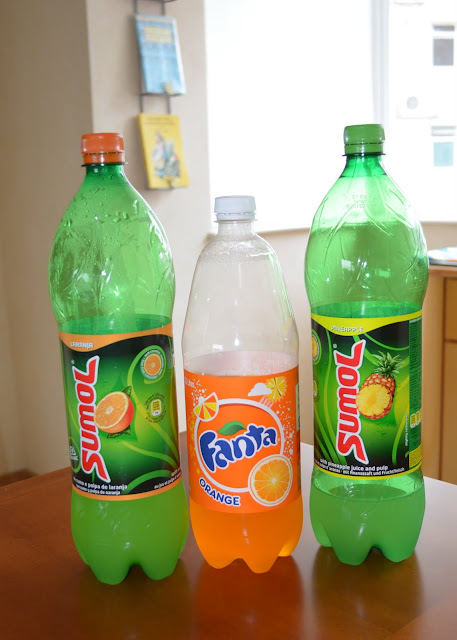 My husband simply cannot have breakfast without his orange juice. And he suffers from a terrible  affliction that all Chases seem to have, they cannot abide even the tiniest bit of pulp in their OJ or lemonade (or Sumol!). This sad sickness has been passed on to my children, but doesn't affect me. I married into the family and don't have the same genes!

Fortunately for my husband, you can actually get his precious pulp-free juice here, so he doesn't have to resort to straining it. However, you do pay a premium for the pulp removal. See those other containers of juice? I pick these and others up from the Portuguese market. You can get five or six of them for the price of one pulp-free OJ from the U.S. of A. I may resort to straining the Portuguese OJ to save cash. Maybe. 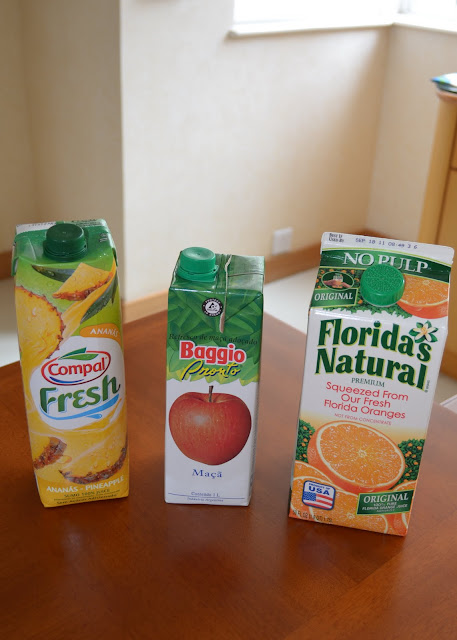 And then there is milk. I'm pretty much dairy free (yes, you can get rice milk, almond milk, and soy milk here for a reasonable price) but my oldest son loves milk like a bear loves honey, and goes through a ridiculous amount very quickly. I have to cut him off and make him drink water. My youngest son doesn't care for it (he'll eat his cereal dry or make oatmeal) and Michael will have it on his cereal. You can get fresh milk here, but you cannot get it in a gallon. And since we're a fifteen minute walk from the grocery, which doesn't always carry fresh milk, or fresh milk that isn't going to expire within 24 hours, we've taken to buying boxed milk which stores on the shelf and can be popped in the fridge when you want to open it. I obviously haven't tasted it but Michael and Nathan seem to like it. 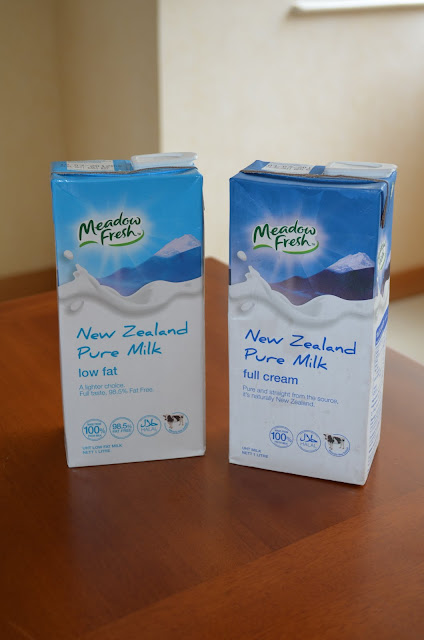 There are plenty of choices in the still (non-carbonated) water department. The number of brands is astounding. But there are two types of bottled water: distilled and mineral.

Distilled water is made by boiling water and then collecting the steam build up. When I was growing up, we bought distilled water to use in the iron, not to drink. But it is plentiful and popular in parts of the world that doesn't have a good, clean water supply or in places like Macau that don't have saltwater treatment plants. I remember drinking a lot of distilled water in Hong Kong and reading a newspaper article that said distilled water is better for you because mineral water causes kidney stones and other health problems. A week later followed an article saying distilled water will suck all the minerals out of your body and put you at risk for osteoporosis and should be avoided! The water delivered to us which we drink and cook with is distilled water. When we go out, we get mineral water. My personal, unprofessional opinion is that drinking any type of water is better for your body than drinking Coca Cola!

Mineral water is either water collected from the source that contains trace calcium and magnesium (think Evian), or purified water that has had those things added. You can see the green bottle on the left is "Mineralized Water" which means it starts as the water in the bottle on the right, but they add calcium, magnesium, electrolytes, and bicarbonates to mimic the content of the natural mineral water. After drinking so much distilled water, I can very clearly taste the difference in the two types of water. 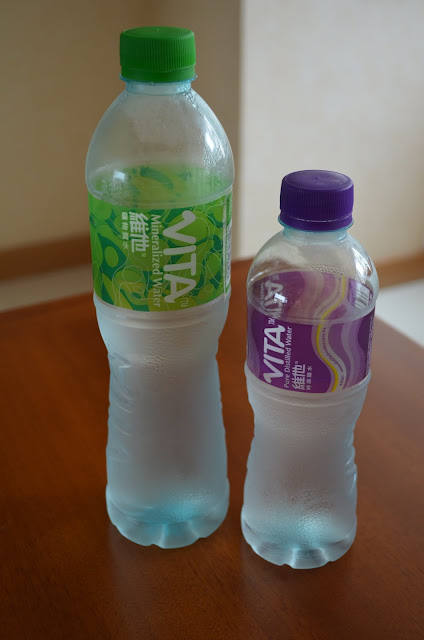 If you are reading this in either Southern California or the San Francisco Bay area (or anywhere with a lot of Asian markets), you are surely familiar with the Japanese mini bottles of Yakult. It's a dairy-based probiotic beverage that I think has a slightly citrusy taste. It contains beneficial bacteria to help with digestion. I take probiotics with active cultures via a daily pill, but the men in my life get plenty of yogurt with active cultures and Yakult for the kids. It has a higher sugar content than I would like them to consume, but they don't drink juice or soda, so I still think they come out ahead, nutrition-wise. 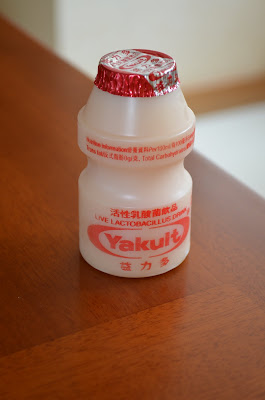 My husband also used to be a big Coke drinker ten years ago. He gave it up on a business trip to Japan, switched to ice tea, and promptly dropped over 15 pounds (when I gave up Coke the only thing I lost was my gallbladder!). While we were living in Japan, he became very fond of Oolong Cha (tea). Whenever I found Oolong bags in the market in Los Angeles, I'd make him iced tea. Here you can buy it already made in a bottle.

You can also get iced lemon tea in a can, seen on the left. There's an iced peach tea in a can that I'll drink every now and then. It's nothing like the syrupy sweet lemon or peach tea in the U.S. On the right, there's a can of iced milk tea. Michael accidentally bought it thinking it was his other favorite beverage in a can, iced coffee. He will never make that mistake again! I pointed out to him that coffee is made with beans, tea with leaves. Even if you can't read the writing on the can, you can tell what it contains by the picture! Needless to say, he thought it was disgusting, though it's a popular beverage here. 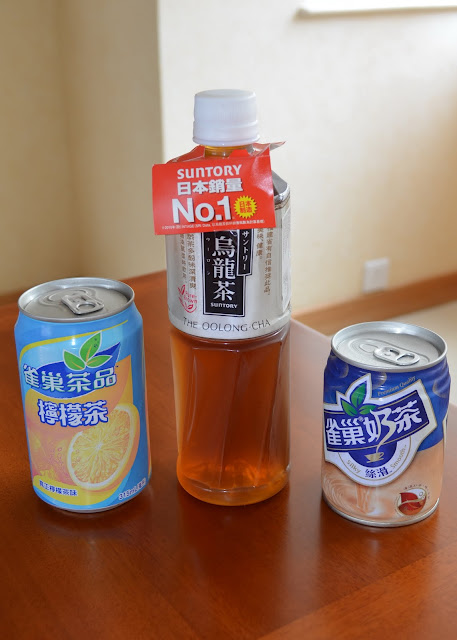 And finally, Michael's favorite: iced coffee in a can. He first started drinking this in Japan where you can get it in the train stations hot in winter and cold in summer. I'm not a coffee drinker, so sometimes if he makes a whole pot it goes to waste before he finishes it. This is a good alternative to grab on the run, and nice to drink icy cold in the heat! It comes in several flavors. Yes, you can get those little glass bottles of Starbucks Frappuccino, but you can get six of these cans for the price of one Starbucks bottle. 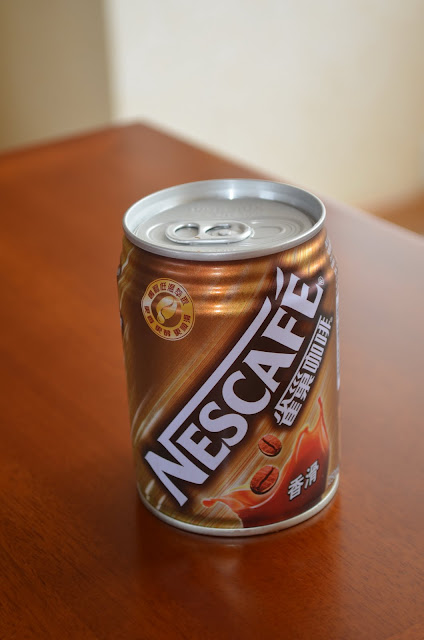