Today I spent the morning with a group of people from all over the world. I wasn't the only American there, but I was definitely the minority. I was grateful that everyone acknowledged 9/11 and recognized that though the attacks happened on U.S. soil, the ripples were felt around the world and are still being felt today.

I've written elsewhere about my personal 9/11 experience, but on this day, the 10th anniversary of that horrible morning, I wanted to reflect on one specific thing.

I am, by nature, a worrier. Worry is defined as giving way to anxiety or unease; allowing one's mind to dwell on difficulty or troubles. I think when you become a parent, particularly a mother, worry becomes like an appendage. It's always there. As your child grows, you find brand new things to worry about.  I am blessed with a wild and vivid imagination. This tends to make the worrying worse, because I can invent in my head never-before-worried-about things that need my anxious attention.

However, thanks to 9/11, I can say I am not a fearful person. Fear is defined as an unpleasant emotion caused by the belief that someone or something is dangerous, likely to cause pain, or a threat. The events of 9/11 were perfectly poised to fill people with fear. And many withdrew and changed their lives in reaction to that fearfulness. There were threats, both real and imagined, popping up all over the place. The terror was never ending. Safety seemed out of reach. And worrier that I am, I could have easily become a very fearful person, letting that be the guide for how to live my life. But I have a stubborn streak in me, and I don't like anyone telling me what to do. Not even terrorists. So I made a very firm, conscious, defiant decision to put my foot down and not allow fear to make any decisions for me.

There is a great quote attributed to Mark Twain that I scribbled on page one of the first Moleskine notebook I ever bought: Twenty years from now you will be more disappointed by the things that you didn't do than by the ones you did do. So throw off the bowlines. Sail away from the safe harbor. Catch the trade winds in your sails. Explore. Dream. Discover.

I don't think I can take that wonderful advice to heart if I live in fear, clinging to an illusion of safety that can dissipate in an instant with a fiery crash on a Tuesday morning. I know it's only been ten years, but I can proudly say I've suffered no disappointment in my choices, wondering what might have been. I took the path less travelled, even though it frequently looked dark and scary. I have no regrets, though I do live a life that gives pause to several of my friends and family members.

As I sit writing this, my gaze is constantly pulled to my view across the border into the People's Republic of China. Today's headlines in the US tell us that the rise of power in China is something to be wary of, if not downright feared. And sure, that reaction does worry me a little.

But my stance is stronger than ever on this 10th anniversary of September 11, 2001: I will not make space in my life for fear. 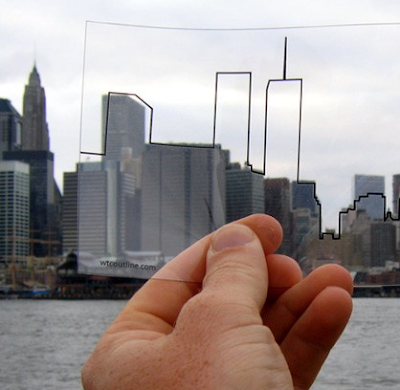 I sincerely hope that you feel the same.
By Heather Rose-Chase at September 11, 2011