So yesterday we arrived at the eleven day mark. And I hit a major speed bump (brick wall is more like it), brought on by discouragement and plain old tiredness. My attitude went from "I can do this!" to "I don't WANT to do this!" overnight. 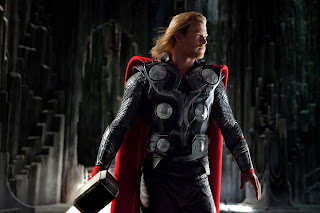 Michael had a day off and he took himself to the local movie theater to see Thor, a film that doesn't even come out in the US for another week. And one of only a handful of movies that I really, really wanted to see with him (he's a movie buff, and a comic book buff, but I love a good story about Norse gods! How could this not be the perfect film for us both?). Of course, his relaxing day off happened to coincide with the day that my kids went from being total angels working hard on my team, to wild misbehaving lunatics who got on my very last nerve. I actually yelled at them, which made all of us feel horrible. It's not like this isn't hard enough without me raising my voice! And instead of being happy that Michael got his first day off after ten straight days of working super long hours, I got pissy that he got a day off, period, when I'm feeling like I can't take a day off for the next 60 days. Silly. Stupid. Beyond ridiculous, and totally unfair of me. I know.

I think part of the problem is that I'm faced with a ton of things that only I can do, on top of having to do all the normal day-to-day things that life with two kids brings. I have had so many offers of help, but I'm not sure how exactly to utilize the help. I have to go through every single item we own and get rid of as much of it as I possibly can. This means I have to sit down with every single box, some of which have been packed up for the last four moves.  Now before you say "If you haven't used it in four moves, then you probably don't need it," let me tell you that in many of our past moves, we've had help who indiscriminately placed items of possible worth in with items that could be tossed. So now I've got boxes filled with a few books, a few items of baby clothes, and an old 35mm camera. Or old credit card statements that need to be shredded, ink from a printer we no longer own, and a doll that was handmade by my grandmother, one of only a few things of hers that I have. How do I get someone to help me sort through these things? I can't really. I just have to barrel through and get it done. And there is a lot to get done. I feel that if I take time off now, I will pay for it mid-June by having to stay up night and day to get everything done. It's an enormous undertaking, one that I couldn't really gage the size of until I got started.

One type of help I will not refuse: when people call up and ask if they can take the boys for an hour, an afternoon, a day, my answer is YES, come and get them! Take them, have fun with them! I crave huge chunks of uninterrupted working time, which is impossible with the boys around. Since I'm their only parent right now, I cannot simply say "go ask Dad for help" or push them aside when they want to show me their latest Lego creation so that I can keep my head in the closet pulling stuff out. I'm very aware that I'm fully responsible for setting the tone around here, and if I start to get abrupt with them, they start to get rude to me and fight with each other and then we're quickly in misery yelling at each other. But it's so tempting! Especially when the weight of this move is weighing heavily and squarely on my shoulders.

So during my morning Skype with Michael where I was just a great big ball of grumpiness, he recommended that I just go back to bed and take a morning nap. I decided that with my terrible attitude toward the massive amount of work I had to do, that was a reasonable suggestion. One that would prevent me from getting resentful in any case. So I did. And you know what? I'm super grateful that I have an alarm on my phone telling me to pick the boys up from school, because I slept the entire day!  And I felt so much better. And then I also went to bed on time and got a full night's sleep as well.

Today was Day 12 without Michael and I gotta say, it was awesome. Cub Scout car wash fundraiser in the morning, three hours of hard work mid-day with the boys going through all their books and toys and forcing them to purge, purge, purge, and then spending the whole afternoon swimming in the pool when a friend came over. It was the perfect blend of obligatory kid activities, productive work, and then stress reducing leisure time. 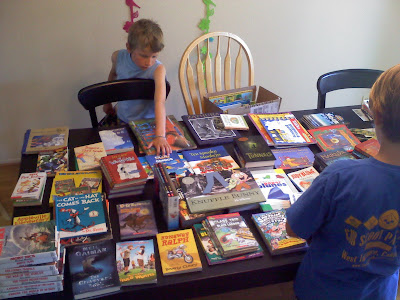 I need to be mindful that this is a marathon, and that sprinting top speed out of the starting gate won't leave me enough energy to make it all the way to the June 30 finish line. I can do this! 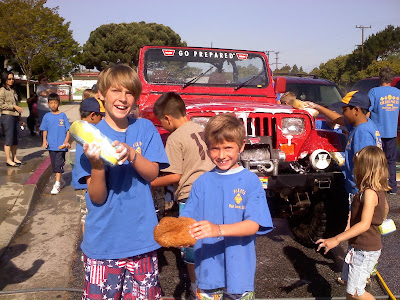 One more thing: since my hubby already saw Thor, who wants to be my date when I go see it on Friday May 6th?
By Heather Rose-Chase at May 01, 2011