I Have Never Ever... 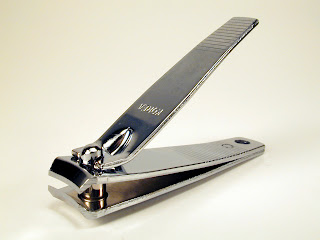 Michael has done it 100% of the time for the last 10+ years. It's true. My husband was an amazing Dad from the minute that pink line showed up on the pregnancy test. He was born for the role of Daddy. He took on every physical task related to taking care of a baby except for feeding, and that's only because he lacked the appendages that Mama was blessed with. In fact, I didn't change my first diaper until my first born child was two weeks old.  Michael left on a business trip to Japan, leaving my own Mama to stay with me as I recovered from a forty hour labor followed by an emergency C-section. Baby Nathan needed changing and I realized that I had no idea how to do it! I had to call my Mom upstairs to show me what to do!

Though I quickly took over all the baby care tasks, one thing remained Michael's (and only Michael's) job. That of trimming Nathan's nails. Michael is very fastidious when it comes to grooming his own nails, so this became an enjoyable bonding time with our baby for him.

When I found out we were expecting Benjamin, I had a bizarre reaction to trimming nails: it made me throw up. I'd had severe morning sickness with Nathan that required frequent hospital stays and prescription medication to keep me hydrated because I threw up an average of 15 times every day, all nine months. With Ben, the vomiting was at least manageable. I only threw up two or three times a day. And unlike my pregnancy with Nathan where everything made me puke, morning sickness with Ben had specific triggers that I could easily avoid... chocolate, dairy, sourdough bread, salty food, and the sight or sound of someone trimming their nails. I couldn't even be in the same room or I'd instantly lose my lunch.

To deal with my own nails while pregnant, I discovered pedicures. I wear sandals most of the time, even in winter, even in the rain. Regular pedicures are a great way to keep my feet from looking like they are constantly exposed to the elements. And what pregnant woman doesn't crave a nice foot soak and massage? And best of all, someone else trims your toenails, while you bury yourself in the latest People Magazine and try not to pay attention to what's going on down there. For my fingernails, I just used a nail file, which didn't have the same nausea-producing effect as the clip, clip sound that came from the clippers.

When Michael left for Macau last week, he took both the fingernail clippers and his fingernail clipping skills with him. This was bad news for me, because even though they are 10 and 7, trimming nails is still part of Michael's routine with his boys. And even though I'm not pregnant and haven't been for nearly eight years, the sound of clipping nails still bothers me like no other sound. Nails on a chalkboard are more pleasing to my ears than nails getting clipped!

Today I bought nail clippers with the intention of getting over myself and just doing the job in front of me. And when I started to trim Ben's pinkie nail, I got a little woozy. I kept trying to get the clipper lined up properly, and then I'd have to let go of his hand because I chickened out. Nathan was watching me carefully, trying to give me encouragement. Finally, Ben let me off the hook and said, "I'm almost eight. I'm pretty sure I can just do this by myself, Mom." And I let him. 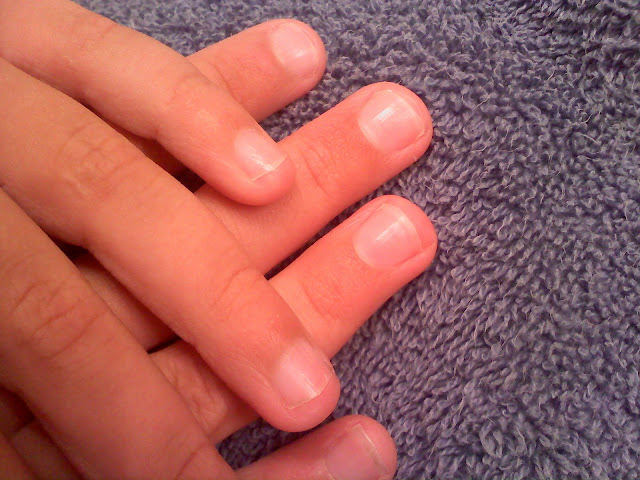 He did a great job, totally unsupervised by his Mom, who hid out in the studio checking Facebook and shouting "Are you done yet?" every few minutes.

I can handle blood, vomit, diaper explosions, tears, slimy green trails that come out of runny noses, bugs that crawl and fly, colicky babies who cry for hours, and stinky boy smell, but I am easily and completely conquered by a teeny, tiny pair of fingernail clippers in action. We all have our weaknesses, right?

I'm just fortunate that in the areas that I'm weak, my hubby is super strong. The same is true of the reverse. Need someone to pack up your entire house in 4 to 10 weeks so you can move to a foreign country? Do not call Michael. He's clueless and inexperienced in this area, always conveniently out of town right before a relocation. You need me. I'm an international (moving) super star!

Sixty-five more days, and the unstoppable team of Michael + Heather will be back in full force, on the same continent!
By Heather Rose-Chase at April 27, 2011