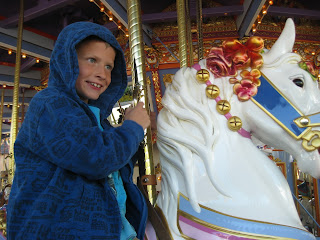 One of Ben's favorite things to make is Sugar Cinnamon Toast. Which is simply buttered toast with sugar and cinnamon sprinkled on top. I'm pretty sure that's the only thing I digested while I was pregnant with him (everything else came back up thanks to morning-noon-and-night sickness), so I'm not surprised he loves it. Are there any foods that don't actually get better when you pour sugar on them? Not to a seven year old boy!

The last time Ben made toast, he grabbed the sugar jar and tilted it just a tad too far, resulting in the lid sliding right off. It landed on the tiled kitchen floor, where it broke into four pieces. Horrified, Ben crouched on the floor and instantly started crying, repeating, "I'm so sorry, I'm so sorry."

I started crying right along with him, and that made it worse, because he thought I was angry at him. I wasn't angry, I was just a little shocked and surprised (and I always cry when my kids cry. Involuntary reaction). Because somehow in just shy of 15 years of marriage and 10+ moves, we've never broken any part of the place settings we received as gifts for our wedding. We didn't register for fine china, just the simple but elegant Filigree set from Pfaltzgraff, which we've used every day for the last 15 years. It's served us well and I'm still happy with it. And I have to admit that just before the broken sugar bowl incident, I was marveling that we haven't had to replace a dozen broken plates in the ten years we've had kids. After all, I have quite a few memories of accidentally breaking plates, bowls, and glasses, both at my home and at my Grandmother Rose's house during my childhood.  How lucky we are, I thought just a few weeks ago, to have stayed intact all these years! 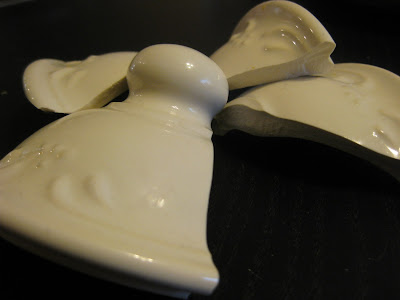 I tried to explain my thoughts to Ben, to take away the obvious guilt that was written all over him. It was an accident, and no matter how careful we are, sometimes things break. And it's okay to be sad at the loss of a perfect record, without getting angry at the person who shattered it. I just held him and wiped away his tears and collected all the broken pieces.

Internally, I felt gratitude that this happened when I had 10 years of parenting under my belt instead of during the earlier years when I might have exploded at a grubby-fingered toddler for destroying something, perhaps destroying something more important in the process, like his self-esteem or our relationship. We grow and change and (hopefully) become better people as we raise our kids. And thankfully, sugar bowls can be replaced.

But not Benjamin. He's one of a kind. 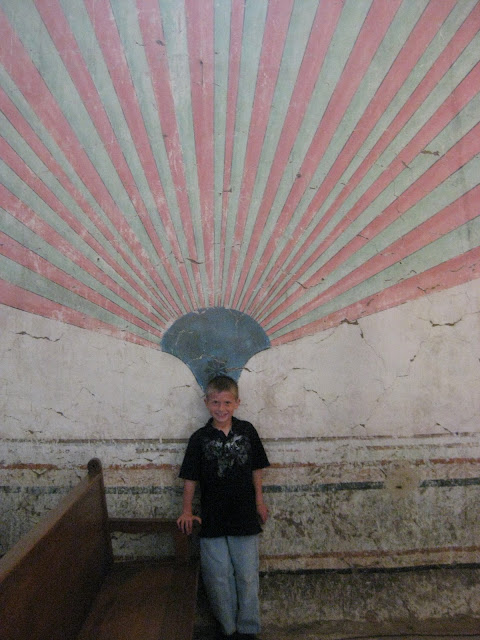