In 2001, my husband Michael and I put everything we owned into storage and moved to Japan for just shy of a year with our newborn baby, Nathan. Since this happened before the age of blogging, my records of that time consist of emails I sent to the few people we knew who had email, and the journal entries I kept. In light of the recent events in Japan, my thoughts naturally turn to our precious time in that country. For the next month I'll be posting various highlights of our time there. Thanks for coming along with me on this international stroll down memory lane!

Let's start at the very beginning, a very good place to start... How about we start with how we ended up in Japan to begin with?

In early 1999, Michael started working on what was to be Disney's newest theme park, Tokyo DisneySea. It was a second park for Tokyo, built to compliment Tokyo Disneyland and satisfy the insatiable desire for more Disney magic from the Japanese fans. When Michael took the job as an assistant technical director, he was told that it would not require him to even go on a single business trip to Japan. Of course, as the project progressed, things changed. One by one, almost all of Michael's fellow technical directors found out that their wives were expecting a baby. And one by one, all of them quickly found other projects to work on so they wouldn't have to spend a lot of time away from home and the new babies. Michael was promoted to full technical director, and in early 2000, we found out we too were expecting our first child. 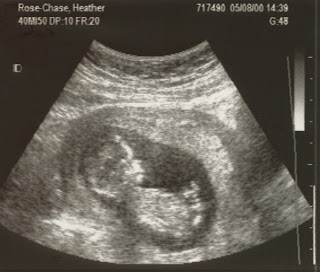 Since he was now a full tech director, a few business trips to Japan were expected. And like his fellow expectant TD's before him, Michael scrambled to find other work that wouldn't take him away from us. When they found out that we too were having a baby (what was in that water, anyway?), his bosses sat him down and laid it on the line: they needed him, and expected him to stay on the project. It was just as well, because there was no other work to be found.

As my due date neared, we found out that Michael was going to be sent to Japan for a 120 day period almost immediately after I gave birth. We were incredibly depressed. This was our first baby and his Daddy was going to miss the first four months of his life. We had three options, none that we were very happy about. One, the baby and I could follow Michael (on our own dime) and stay in his teeny, tiny Japanese hotel room. This was totally unappealing, having never been a parent (or frankly around babies) before. What would happen in an emergency in a foreign country? Two, I could stay in our rented townhouse in Anaheim alone. I would be far from my parents, far from my in laws. This wasn't very appealing either. I was having a terrible pregnancy, had no idea what kind of mother I would make, and had no desire to be left alone for so long. Three, we could pack up the townhouse, put everything in storage, and I could go stay for four months with my Mom and Dad on the Central Coast of California. We'd save the money on rent, and when Michael came back, we could find a place closer to his office in Glendale, saving him from his 90 minute commute each direction. Of the three options, this was ever so slightly more appealing than the other two. 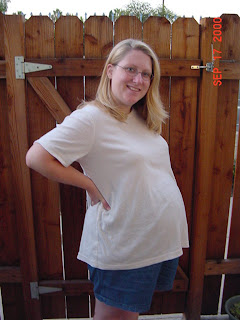 So we started preparing for three things, the birth of our child, my move to my parents', and our separation for four long months. Did I mention that we were very depressed? We were. My due date came and went. We were scheduled to be induced a week after my due date. After forty hours of excruciating back labor followed by an emergency c-section, Nathan arrived. 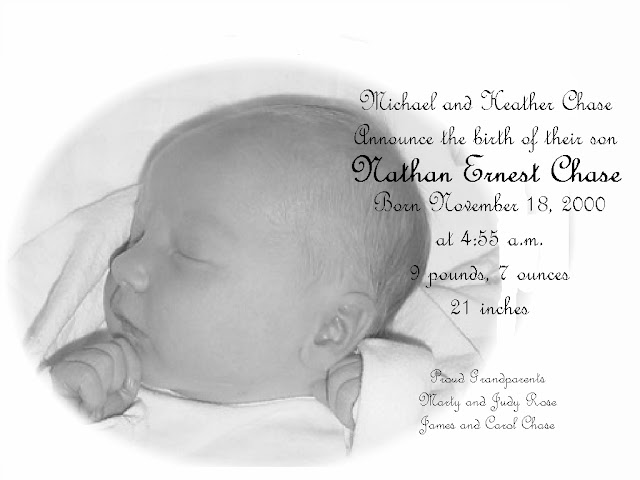 After a week long stay at the hospital, we finally went home on Thanksgiving with so much to be thankful for.

Michael went on a short trip to Japan when Nathan was two weeks old, leaving me to recover in the capable hands of the Grandmothers. When he returned, we made a trip up to my parents' house for Christmas.

The date of Michael's four month trip to Japan was pushed back until mid-January. We lived up every minute we had together, but I can't fully express the sorrow that both Michael and I were feeling. It didn't stop us from taking a bunch of silly photos with our favorite new "prop." 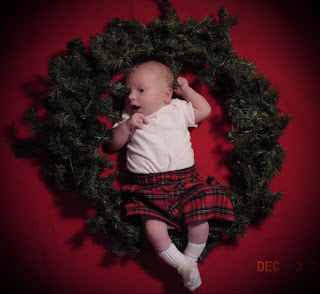 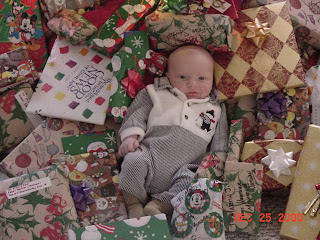 As we were packing up and getting ready to head home right after New Year's Day, Mike got a call from his boss. Instead of sending Michael to Japan for four months, they were going to send him for a full year. And because of the extra time, the company would pay for an extended relocation package that included bringing the entire family, an actual home to live in, Japanese lessons, and a person on call 24 hours a day who could assist us with any type of emergencies, doctor visits, or anything else we needed. The only catch? We had exactly four weeks until we would board the plane.

We went into crazy mode, calling in favors from every family member within a 90 mile radius and all of our friends. We had to pack everything and put it into storage, and we had to purchase anything we thought we might need for the coming year, including clothing, medicine, books, and baby stuff. I barely knew what a newborn needed... how do you plan for what a six month old or a nine month old might need? And it's true, we weren't moving to a third world country, you can buy baby things in Japan. However things in Japan were up to ten times more expensive than they were in the US. A little planning and foresight would go a long way.

I don't really know how we did it, especially with a new baby. I had a difficult pregnancy, a difficult delivery, and Nathan was a difficult, colicky baby, but I was bound and determined that the one area my baby would excel in would be sleeping. And you know what? From the day we brought him home from the hospital, Nathan never slept less than six hours at night. Of course, we weren't sleeping while he slept... we were packing!

Finally the day came for us to get on a plane to leave. Both sets of grandparents and Michael's youngest sister and hubby came to see us off. Everyone was crying, especially Nathan. In fact, he was crying so hard that all the people in the terminal around us were giving us looks that would have turned weaker people into ash on the spot. Michael and I grew fearful over what an 11 hour flight with a ten week old screaming baby would be like. But we had tickets to ride (in business class no less!), so we bid everyone a fond farewell, and we got on that plane.
﻿﻿﻿
﻿
By Heather Rose-Chase at March 16, 2011