Sure, we're already a month past July 17th, but I wanted to point out a few things that happened that day. 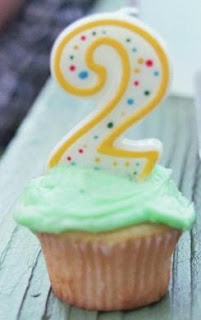 And third, the Chase Family pulled up its roots and moved. 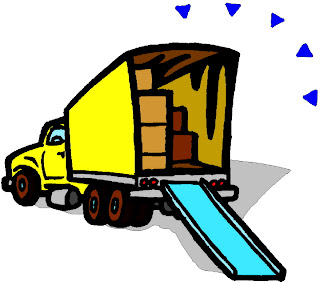 We lived in our old rental house for four years and two months. This beats our previous record from up in the San Francisco Bay Area where we lived for 23 months. In fourteen years of marriage, we've moved twelve times. It was nice to stay put for awhile, but unfortunately, things weren't going so great there. We've had major problems with the house, and when the owner became ill and could no longer manage those problems, she passed the house off to a property management company.
The property management company took a look at the house and fixed only the biggest of the laundry list of problems. Despite months of gently prodding them to come fix the rest of the things, nothing was happening. Well, that's not true. What was happening was I was growing depressed over our house being the 2nd ugliest on the block and growing bitter every month I wrote a very big rent check for a house I was embarrassed to have company in.
One night I clicked onto Craig's List and looked at rentals in the area. One place jumped out at me. I printed the listing and tossed it to my husband. He was interested enough to call and we went over to look at the place. Compared to our old home, the place was like a posh resort. The owners were incredibly friendly and so nice that we ended up chatting with them for a couple of hours instead of the 20 minutes we promised the baby sitter. We thought it over for a few days and then jumped.
Of course, we jumped right when my husband is working six to seven days a week, 18+ hours a day. Which meant that the bulk of the move fell on my shoulders. But it's not like we haven't done this before! I point you toward Exhibit A: we moved to Japan for a year with a newborn on exactly four weeks notice. Or Exhibit B: I managed to get everything packed for our move to Hong Kong with two toddlers underfoot and a husband who was out of the country for the entire month before our move. This should have been a piece of cake, right?
Actually it was a tough move. I did 95% of it in my minivan with the help of teenage friends. The new house is three miles away from the old house. I put 250 miles on the van in five days. You can do the math to see how many trips that represents! I've never been so happy to be done moving in all my life!
We love the new place, we actually gained an extra room which has been turned into my studio/office so I don't have to work and sew in the dining room any more. We did lose a yard. But we gained a ten acre park with a pond which our bedrooms overlook, and we have two good sized patios. We lost our huge garage for a smallish one. But we gained a pool, spa, dry sauna, and clubhouse. We lost the 2nd ugliest house on the block and gained the best landlords we've ever had in twenty years of renting. And, the boys gained a two-story home, which they've been begging for since they discovered that some houses have stairs. And we're gaining better looking buns from going up and down those stairs all day! Can't complain about that!
So there you go. My explanation for why nearly two months have passed with no posts. There will be more soon. We're having lots of adventures and enjoying the new digs. Life is good. Glad you're here to share it with us, even if it's only via the web.
Goodbye, Old House.
(Photo taken after we locked the door for the last time and started to drive away.) 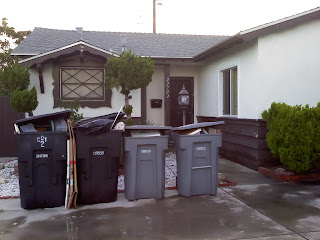 Hello, New View.
(Photo taken just now from my bedroom window, as the sun is starting to set.) 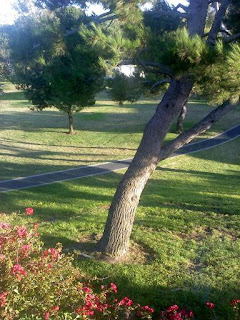