So this really has nothing to do with my boys, but considering a pretty good bunch of you are the LOST fans that I'm referring to, I thought I'd share this here. Enjoy.

Oh LOST, how do I love thee? Let me count the ways…


Before tomorrow comes and brings with it the end of my favorite television program of all time, I wanted to put down in words a few things I’m going to miss the most. I forced myself to stop at six. A girl’s gotta sleep at some point, right? So here you go, the six things I will miss most about LOST:

1. The Anticipation. We came a little late to the LOST party. It began airing the year before we moved to Hong Kong, but we didn’t have television so we didn’t watch it, or anything else. While we lived in Hong Kong, Season Two started airing in America while Season One premiered in Hong Kong. It aired in the middle of the afternoon while baby Ben was napping and Nathan was at school, so I decided to check it out. For an hour I clutched a pillow and tried to keep my heart from pounding out of my chest while watching this group of people whose international flight crashes in the middle of a mysterious island. I had my first case of LOST Goosebumps when the episode drew to a close. Ouch. Later that night I told my husband about the show, vowing to wait until we got back to the U.S. to watch the rest together, it was just too good to watch by myself. As soon as we were back on American soil we bought Seasons One and Two, watching the episodes back to back in a week or two. Then we had to wait for Season Three to air live. The anticipation was brutal! We were hooked! We wanted more! And now we had to… wait? The end of every season was painful, knowing it would be months until our next fix of the Island. And once it started up again, the weeks were so long, thinking LOSTday would never roll around. And now that we’re at the very end, I just want to slam on the brakes and suspend everything to keep that anticipation intact. Because as of tomorrow, LOST will be over. LOST producer Damon Lindelof just compared today to Christmas Eve, and he got that exactly right. Christmas Eve is my favorite day of the year, and not just because it happens to be my birthday! I love the rush of being so close I can almost, but not quite, touch it, yet knowing that in a little while it will be here. After tomorrow, there will be no more.
2. The LOST Goosebumps. Whenever I hear the music from LOST, Smokey's ticka-ticka sound, or the rushing, whooshing sounds that tells us we’re about to be sucked forward, backward, or sideways in time, my entire body breaks out in the most painfully delicious goosebumps. It’s almost like getting a brainfreeze, but all over. I get emotional goosebumps all the time (at weddings, during Hallmark commercials, when the killer is revealed in a really great book, when my college BFF tells me he’s flying into LAX in a month), but the ones I get from LOST have apparently been raised on steroids and growth hormones because those puppies are huge. And they hurt. And yeah, I’ll miss the paralyzing thrill of feeling them spread.

3. Daniel Faraday. Most girls, and even a few guys, drool when Sawyer is onscreen, especially when he takes off his shirt. Others fall prey to Sayid and his exotic accent and bad guy persona who dreams of his lost love. But truthfully it wasn’t until geeky physicist Daniel Faraday showed up that I developed a little crush. I can appreciate Sawyer’s perfectly chisled pecs and Sayid’s tortured, soulful eyes, but in my opinion, intelligence is downright sexy on a guy. And a musical genius a little off center that carries a Moleskine-like journal to document his brilliant ideas and his current location in the Time/Space Continum? Be still my heart! At Comic-Con last year, the producers said that even though Faraday met his untimely demise last season (Noooo!), he would indeed be making at least one appearance this season (Yesssss!). With that bit of news, I've spent every Tuesday night on the edge of my seat, wondering if that was the night I’d see him in his skinny black tie again, shrugging off my disappointment when it didn’t happen. Of course, the night we finally got to see him, I had no less than five text messages from East Coast and Midwestern friends telling me, “Do NOT miss LOST tonight Heather!” As if I would ever miss an episode? Whatever! That was the episode where my husband and I were 400 miles apart, watching separately yet together, eyes glued to our respective televisions, cell phones glued to our ears for rapid fire conversation during the commercials. Modern technology rocks. So does my very intelligent husband, who thought my little Faraday crush was amusing.

4. The Sayid Dreams. Did I just say something about Sayid not being my type? One of my friends started watching on DVD for the first time this year. Via facebook, she confessed that although during waking hours she would never give Sayid a second glance, he was featuring prominently in her dreams at night. She wouldn’t elaborate other than to say she was blushing. A bunch of other ladies, including yours truly, commented that we’d had similar dreams about everyone’s favorite Iraqi torturer. I brought it up with another group of girlfriends who watch the show, and they reluctantly admitted they too had very interesting dreams about Sayid. We'll just call it a fringe benefit of watching the show.

5. Layers and layers of meaning. I’m such a curious person. I always want to know why people make the choices they do, or what transpired to make them love or hate something. My least favorite answer to any question is: I dunno, just because. Everything in my life has meaning… from my choice of favorite color to the names I gave my children, even the objects lining the bookshelves in our house, they all have an intentional, meaningful reason. A story behind it. A nugget of truth I can point to and say, “here is why this is important to me.” Nothing random or just because. For someone like me, LOST is the proverbial kid-in-the-candy-store experience. The names of the characters, the book titles, the numbers, the Dharma station names, the costume colors… nothing is random. Everything has some meaning, some layer of a clue that teases us into certain belief of something deeper, giving us insight into why or how or what. It is very satisfying how it sucks me in, feeds my curiosity, and forces me to think about Greek mythology, Biblical theology, great works of literature, or the history of 1974 that the writers are pulling from.

6. The Community. Okay, this is really what I will miss the most. That sense of belonging to something bigger than us, even if that “something” is something as ridiculous as a television program. Some of my favorite experiences over the last 5 years have taken place with a group of friends and/or family gathered ‘round the television, watching LOST. It provided a weekly excuse to get together with people, enjoy some good food, good company, and good conversation– only during the commercials! But even beyond my little hometown community, LOST brought together people from all over the world as we individually experienced the show and then took to Twitter or Facebook or our cell phones to text each other about what we’d just experienced and what we thought it all meant. All my favorite people are fans of the show, and to make sure that people I really like became people I really love, I aggressively lent out my DVD’s to make sure I could count them as my favorite people. There have been other shows that a group of my friends have watched, but when you add in the power of social media and instant feedback, there’s never been an experience quite like this. Remember when the LOST fans managed to make sure the President’s State of the Union Address didn’t usurp the Season Premiere? Would that happen for The Office? Mad Men? No.

I love that every Tuesday evening, about an hour before LOST airs here in Pacific Standard Time, I get a handful of text messages from my friends who live in other time zones just saying hello and asking if I’m all set up and ready to watch the show. I don’t work in an office where I have to make small talk around the water cooler, but LOST has come in handy on a couple of occasions, like meeting new people and finding out they are fans, and knowing we’ve plenty to talk about to start a new relationship off on the right foot. Or when I recently got to hang out with a friend I hadn’t seen in over a decade. The potential for awkwardness was high despite the fact we write back and forth all the time. But LOST made its way into the conversation and any fear that we might not have anything to say to each other in person melted. Awkwardness? Ridiculous! Because fans of LOST are just cool like that, and inevitably have hundreds of things in common beyond a shared passion for the show. Of course my underlying fear with this local and global LOST community is that, like high school, once it passes there isn’t much to keep us all tied together. We’ll go our separate ways, searching for a way “back to the Island,” mourning the Good Ol’ Days, which will become even more golden in retrospect than they ever were while we were actually living them. It was fun while it lasted, this quirky LOST juggernaut.

Monday will be a sad day, followed as it is by a Tuesday with a giant dark hole where something amazing used to be. What about you? What will YOU miss most about LOST? 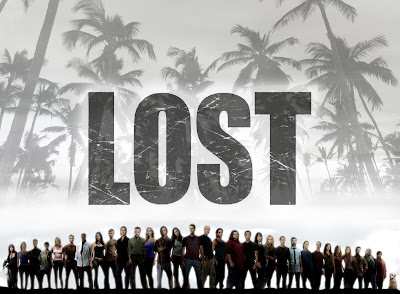 Email ThisBlogThis!Share to TwitterShare to FacebookShare to Pinterest
Labels: Television