The Princess and The Frog

Many months ago we had the opportunity to get tickets for an amazing experience at The Walt Disney Studios. We could screen their latest film, The Princess and the Frog, and then have four hours to play on a sound stage set up with fun activities and meet all the Disney princesses. We got six tickets with the idea that the two extra tickets would go to some very specific people. Unfortunately, the people we had in mind were not available, so we asked Michael's sister, Auntie Holly, and one of the boys' friends, Seth, to come with us. 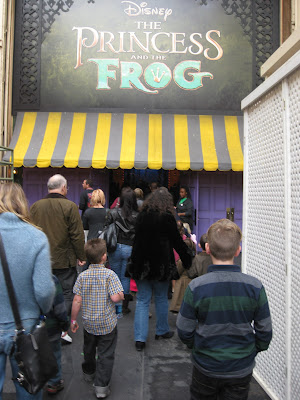 Unlike places such as Universal Studios or some of the television studios in Los Angeles, The Walt Disney Studios are not open to the public. In fact, they aren't even open to Disney employees unless you have a specific reason to be there. So getting to be among the first people to go see a screening at the actual studios was a big deal. 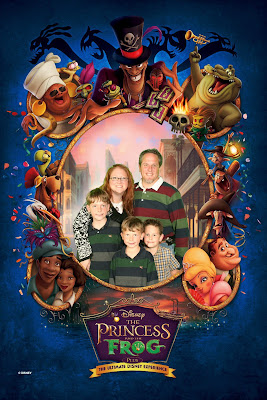 The film itself was classic Disney - hand drawn animation, big musical numbers, a brave heroine, an evil villain who gets what he deserves, singing animals, and a love story. We all enjoyed it, even the three little boys (despite the word "princess" in the title). 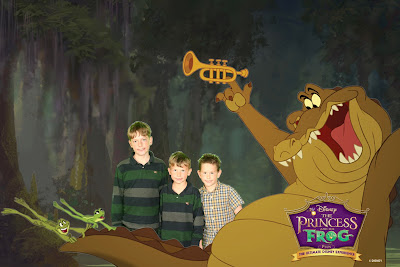 The best part for the adults, however, was after the movie and the four hours playing around on the sound stage with the princesses, was getting a walking tour of the Studios themselves! More photos of this unprecedented event to come!