Is there a Handsome Prince in the house?

Sorry boys, I just couldn't help myself! The lines to meet the Princesses were quite long as soon as we got into the sound stage at the Studios. But as our allotted time drew to a close, we noticed the Princesses were getting restless, standing alone on their little stages, swirling their skirts with no one to talk to. So I forced the boys to go chat with some royalty. The only two we skipped were Princess Arial (as I mentioned in my last post, The Little Mermaid is my least favorite animated Disney film) who was sitting in a rock in her mermaid tail, and Pocahontas, who seemed just a bit too aggressive for this bunch of Disney Princesses!


Here we are with Disney's newest Princess, Tiana. She was quite sassy and fun, and pointed out to the boys that tucked away in a corner of the sound stage was her cupcake shop, where Mom and Dad could buy sweets for their little princes! 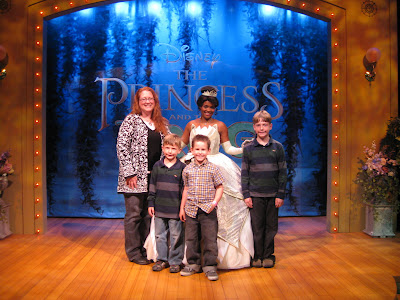 Here is our friends Ron and Selena's son Seth with Snow White. Seth was pretty enthusiastic about meeting the ladies, unlike my boys who rolled their eyes and dragged their feet. 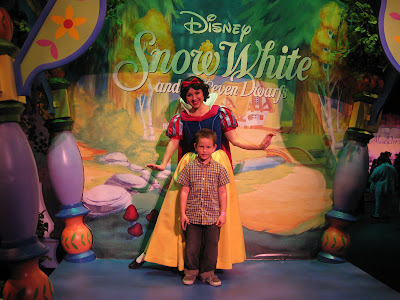 Here's Nathan, chatting it up with Belle. I don't know what it is about Nathan. Sometimes he is the most socially awkward child you will ever meet. But put him in a chair at the hair cutter's with a pretty young stylist, or stand him next to a pretty young princess in a yellow dress and he becomes quite the smooth operator, flirting away in the way only a boy of nine can. So sweet. 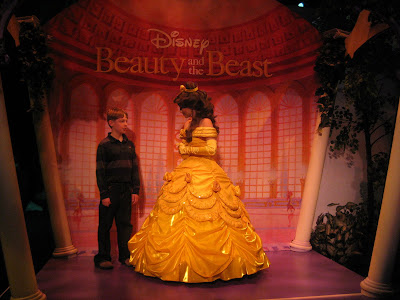 And of course here's all the boys with Mulan. She is the toughest Disney Princess of all, and the one that my boys could actually find a little respect for. She did go to war and save China from the Huns after all! 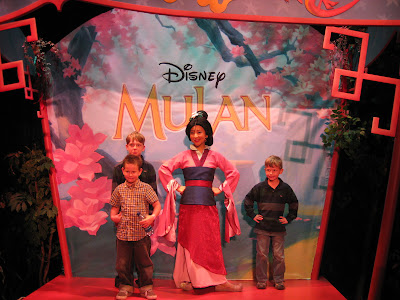 And finally my favorite Disney Princess (because Alice is not a princess so I can't claim her), Cinderella. Poor Cinderella must have stayed up very late at the ball, because she seemed... tired. She seemed ready to split and head back to the Castle for a nap. 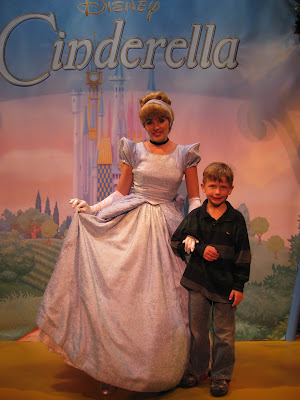 Very different from the first time Cinderella met Benjamin back in 2004 when he was 14 months old! She was wide awake, and quite taken with the handsome young prince in her arms! 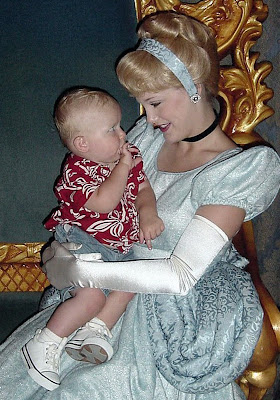 Which I must confess is the reason why Cinderella is my favorite Disney Princess. How can you not love someone who clearly adores your child? Impossible!
By Heather Rose-Chase at December 16, 2009