Here they are, wearing their new Cub Scout uniform shirts and belts, right before their first Pack Meeting. They received their neckerchiefs, slides, and a few patches at the meeting. 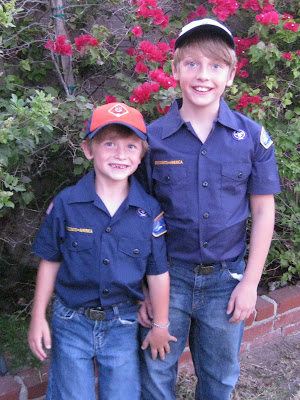 Nathan is so tall! He towered over all the boys, including all the ten year olds. Poor boy, everyone kept making comments about it, kids and adults alike. I need to remember not to make a big deal out of it. But it's hard not to! 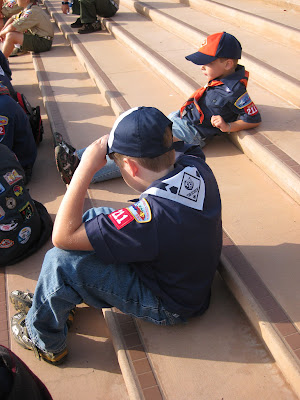 They went on a hike in San Pedro this week as well. Michael has been quite sick after working long hours, but it didn't stop him from going along. He thought the hike would be about four hours, but it ended up being eight! Everyone was tired! I stayed home and worked on clearing out Nathan's dresser, packing up everything he's grown out of. 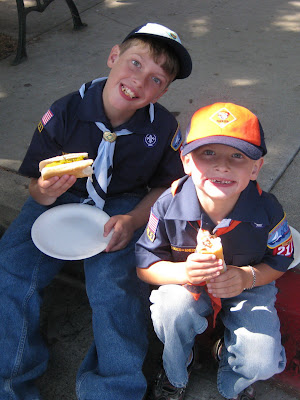 Fun was had by all! Here you can see the rest of the boys' uniform. Eventually we'll get them the navy blue pants to complete the uniform, but all these little things add up pretty quickly so they recommend waiting. I'm cool with that! Especially since he only has two pairs of pants that fit him right now. I bought him some jeans in late August, and he's grown out of them already. What's the hurry? Slow down, stay in your current size awhile little boy!
By Heather Rose-Chase at October 08, 2009