Our baby boy Benjamin turned six years old! He wanted a special birthday shirt, so I let him pick out the fabric and the color of the tee and I stayed up late making it, while Michael wrapped his gifts. 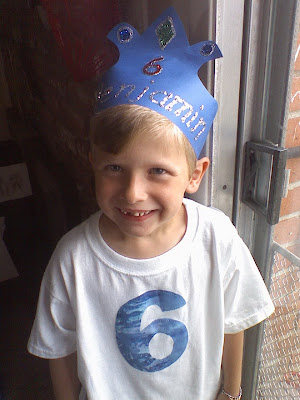 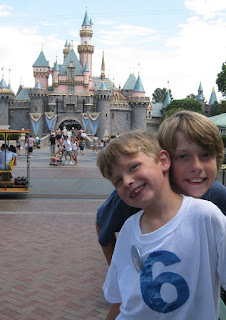 Thanks to Disneyland's yearlong promotion of allowing 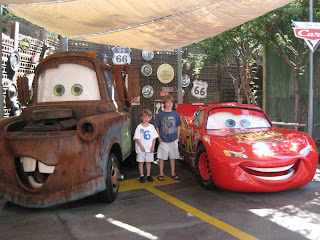 guests into the Disney theme park of their choice on their birthdays, we decided to celebrate with Mickey and the gang. But wait, you say, don't you have annual passes to the Happiest Place on Earth and therefore get in free anyway? Why yes, yes we do! And so, in a very generous move, Disney grants Annual Passholders a gift card in the amount of a one day ticket to be spent on merchandise in the Park. 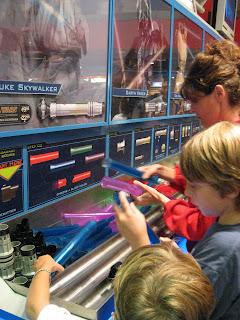 Benjamin shared his with Nathan and they were both able to build their own Star Wars Light Sabers. 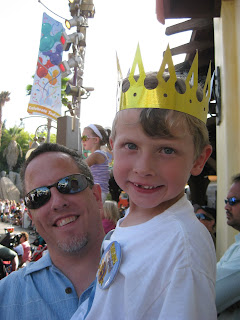 Daddy was drooling because he wanted to make one too! Tuesday is a working day for Mike, but he joined us after he finished up a few things.
It was the very first birthday (other than the 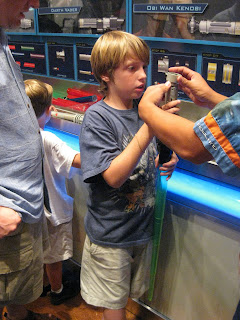 day Ben was actually born!) that Michael was able to be a part of! For Ben's first five birthdays, Michael has been traveling out of the country or out of the state. Last November, after missing a string of Nathan's birthdays as well, I laid down the law and said no more! The kids are getting old enough that they will remember their birthdays and that their Daddy wasn't present (which to my boys is the biggest "present" of all!). Unfortunately, the cycle for the entertainment industry tends to be extremely heavy in late November and late June. Oh well, we do what we can! Happy Birthday Beautiful Boy Benjamin! 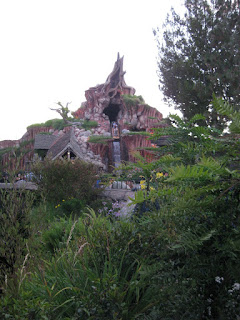 That tiny dot at the top of Splash Mountain would be the boat bearing Daddy, Nathan, and Benjamin down a 52 foot watery drop. Mommy decided that one water ride was enough for her! Daddy is game for anything though, lucky boys who love daring drops! 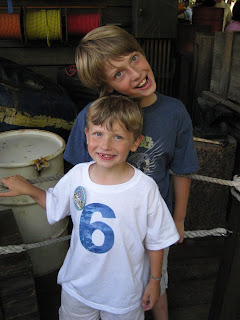