Despite Father's Day not falling until the week after Summer Vacation has already started, Ben's Kindergarten class put on a special event for the Dads. They met the fathers at the door, took them to their seats, served them cola and Crackerjacks, and then treated them to a few songs, complete with hand movements and choreography. After the final song, Let's Go Fly a Kite from Disney's Mary Poppins, the children took the dads outside to fly kites they had made themselves. It was a bit of a blustery day, and several of the kites were lost, including Ben's special creation. Daddy, Ben said with great sorrow, my kite is now in Texas. Poor little guy! 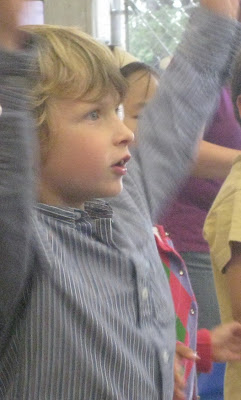 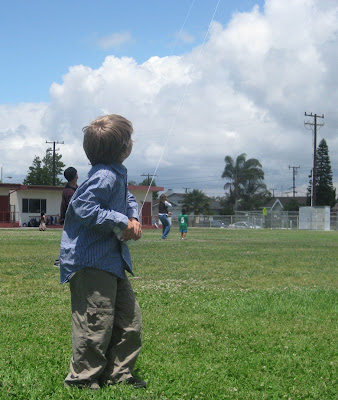 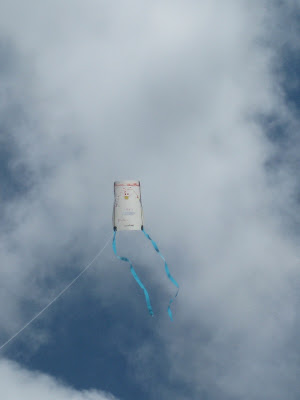