Open House! That coming-into-home-stretch event that says Summer Vacation is creeping ever closer! The whole school sparkles and shines with the best artwork and the biggest smiles. Michael is working out of town this week but Grandma made her way down to help out this week and to be the boys' guest at the night's festivities. Here are some photo highlights.
First stop was Ben's kindergarten classroom. Mrs. Kajikawa was also Nathan's kindergarten teacher. The odds of this happening were low considering there are seven kinder classes! But it did, and it's been nice to have a matched set of some of the projects they have both done while in her class. Here they are with her: 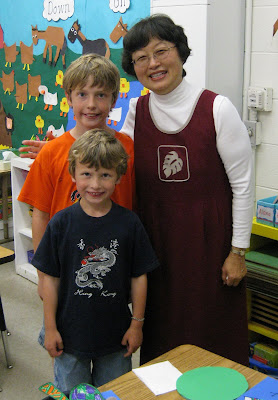 For comparison, here is Nathan next to her at Open House during his Kindergarten year in 2007: 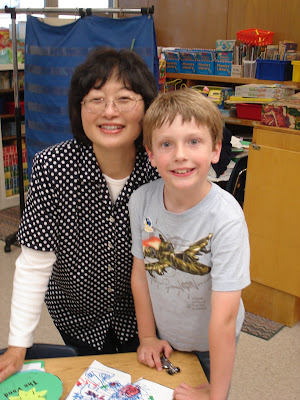 This is Benjamin's desk: 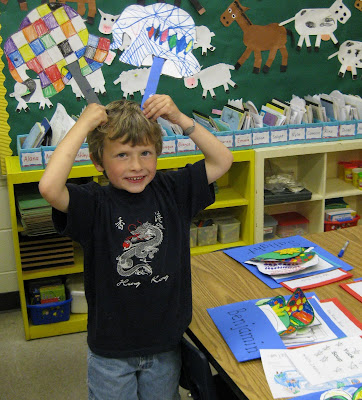 This is Nathan's desk: 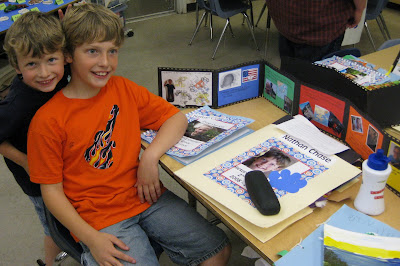 The students had an art show in the cafeteria. Our school district is fortunate to have an Adventures in Art program where the children get to study an artist and then explore that style. It goes beyond simple arts and crafts and really tries to instill an appreciation of fine art in the children. The program is funded completely through donations and fundraising of the PTA, as the budget crunch in the state of California have given the axe to nearly all art, music, and drama programs. Here is Nathan's "Non-Pretty Portrait," styled after the Latin American artist Vladimir Cora. I saw it across the room and was instantly drawn to it... I was thrilled to find it was Nathan's! 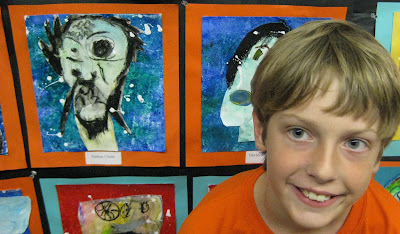 And in the category of "that will go great with our living room color scheme," here is Benjamin's "Red Poppies," styled after German artist Emil Nolde's wet watercolors: 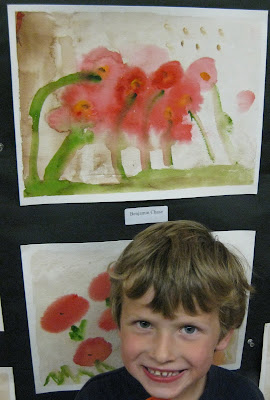 And then, just in case we happen to stick around here in the future, I decided to snap a photo in front of the school mural. IF we are still here a year from now, you'll be seeing the same pic with the boys a little taller come next April! 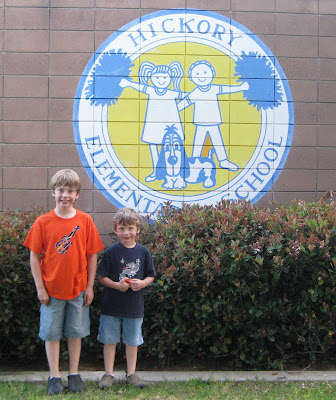