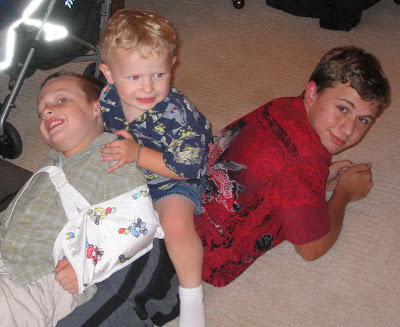 Today is my cousin Josh's birthday! How lucky is that? When we lived in Japan, we paid for his older sister Elizabeth to come stay with us to help out for a couple of weeks. She was about to be a freshman in high school, and since I had travelled to Germany and the USSR at her age, Michael and I thought it would be a fabulous opportunity for her to experience international travel. It also gave me an extra set of hands while traveling on the subways and trying to shop with baby Nathan. Josh, two years younger than his sister, was quite disappointed that he couldn't come along. We told him that the next time we moved to a foreign country, we would fly him out. We had no idea that it would actually happen! But when we found out we were going to be moving to Hong Kong, we rang him up to share the good news. We cashed in Mike's airline mileage and Josh stayed with us for four weeks in 2005. The boys loved having another "boy" to climb on and play with. I loved being able to catch a much needed nap while Josh took them to the indoor playground! We all went on a day trip into China, he got to go into work one day with Mike to the not-yet-opened Hong Kong Disneyland, and Josh, the boys, and I all got to appear in a video for one of the shows. Pretty lucky, huh? Really we're the lucky ones, to be related to such a cool guy! Happy birthday Josh! 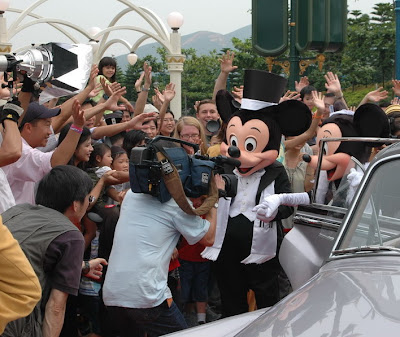 The blink-and-you'll-miss-us footage from the opening sequence of The Golden Mickey's in Hong Kong Disneyland. Josh and I are directly to Mickey's right. 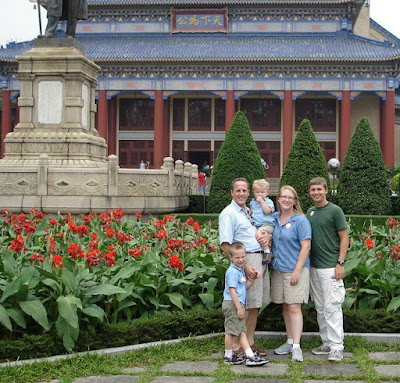 In front of the Sun Yat-sen Memorial Hall in Guangzhou, Guangdong Province, China. That day everyone thought I was the exceptionally lucky mother of THREE boys, and ladies kept touching me to get some of my luck to rub off on them. 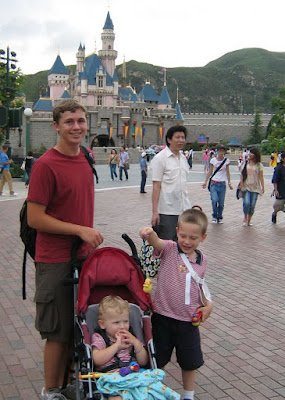 Hong Kong Disneyland's Sleeping Beauty Castle with the sloping hillsides of Lantau Island in the background.

On the raft from Tom Sawyer's Island at Hong Kong Disneyland, which had views of our home on Hong Kong Island. 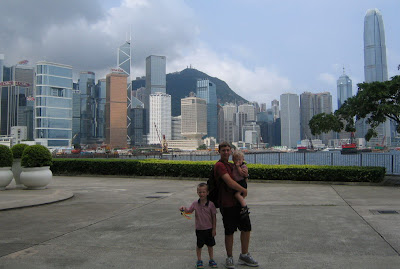 Hanging out in Victoria Harbour, on Hong Kong Island. You know, the set for Batman, The Dark Knight.
By Heather Rose-Chase at March 18, 2009