We are surrounded by fire, which has personally affected a number of our friends in Orange County. Times are tough for us right now, but watching the news last night made me weep openly. They showed charred remnants of homes burned to the ground, and interviewed families who were still in their houses, not realizing their roof was on fire, who only had time to grab the kids and run... no wedding photos, no computer hard drives, no mementos of a lifetime of memories or even a change of clothes.

We live close to the ocean and normally enjoy a cool breeze coming in off the water. Right now, the Santa Ana winds are blowing, meaning the air is not blowing in off the ocean, it's coming in from the dry desert, sweeping in through where the fires are burning, and then directly towards our house. The ash on our windows, cars, and grass is thick, and though the boys sweetly suggested it was snow, we corrected them and said that all those pieces of fluffy whiteness are actually someone's house, someone's toys, someone's earthly possessions. Sobering news indeed. 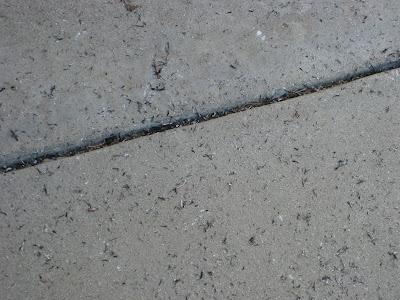 Ash in the driveway.


We are all wheezing and coughing and our eyes are burning which is miserable, but surely not as miserable as a friend of ours one mile from the fire's edge. We drove to Pasadena this morning, which was relatively clear and gave us a good perspective of the orangey-brown haze enveloping Los Angeles. Later we drove to San Pedro to the water's edge where the air was far easier to breath. Tonight we are simply thankful for all that we have, most importantly for each other. 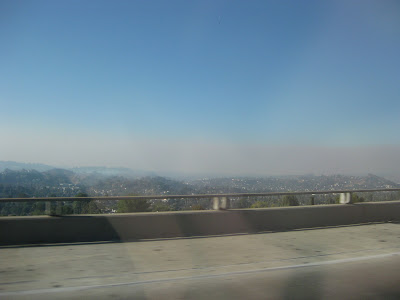 From Pasadena, looking back toward Los Angeles. 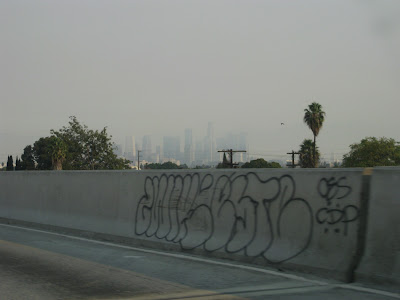 Not smog or marine layer... smoke. 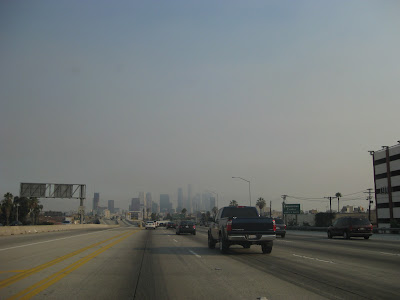 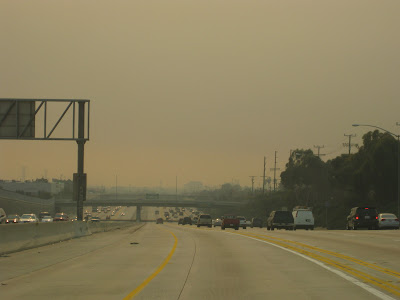 Through the thickest part of the smoke the air was orange. 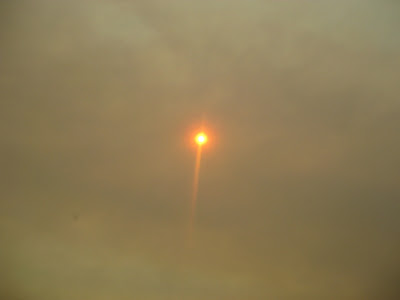 The Sun through the haze. 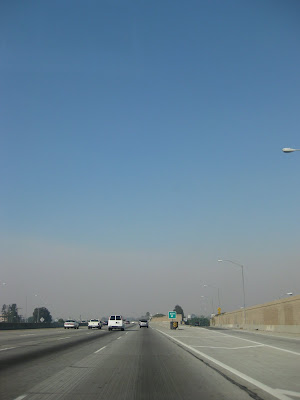 Leaving the relatively clear air of San Pedro, driving back to our home in all that smoke.
By Heather Rose-Chase at November 17, 2008